Top 10 Baits from the All-American

Subtle ledge baits were the deal on Pickwick 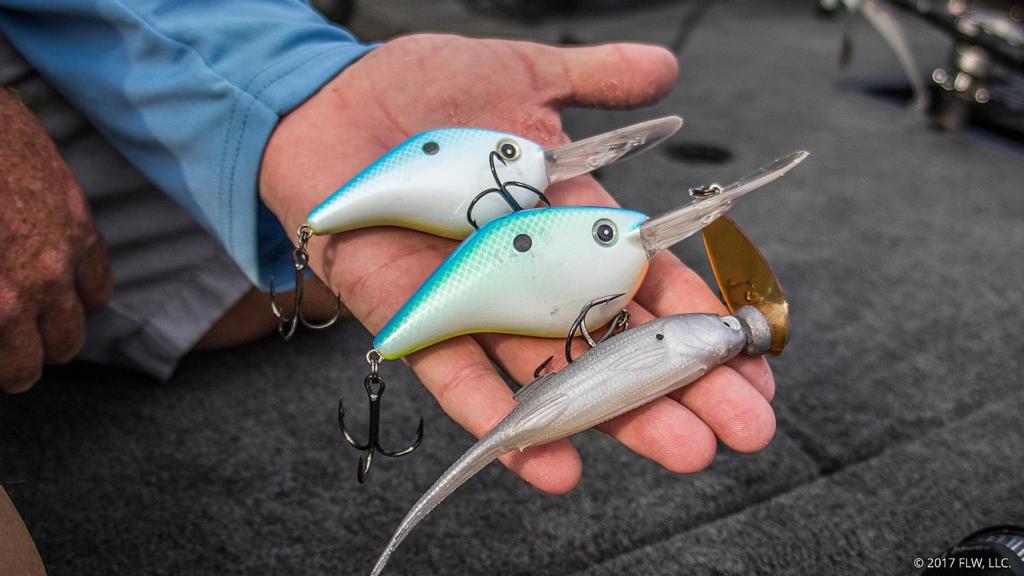 The T-H Marine BFL All-American on Pickwick was meant to test the BFL’s best on a wide-open ledge fishery at the prime time of the year. Unfortunately for the weights, the ledge fishing was a little off – nevertheless, it was still the focus of the week, and how nine of the top 10 caught the majority of their bass. To do it, most employed the full range of ledge baits, from spoons to crankbaits, but most of the weight fell to more subtle presentations. 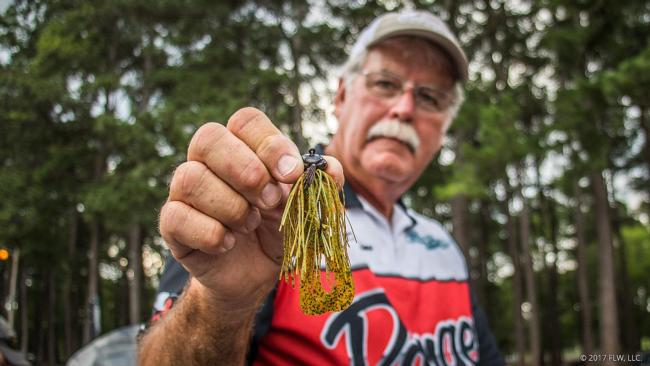 1. Marshall Deakins earned the win and says he almost exclusively threw a ¾-ounce Profound Outdoors Swampers Lures Football Jig. His color of choice was rootbeer and he trailered it with a matching Zoom Fat Albert Twin Tail. 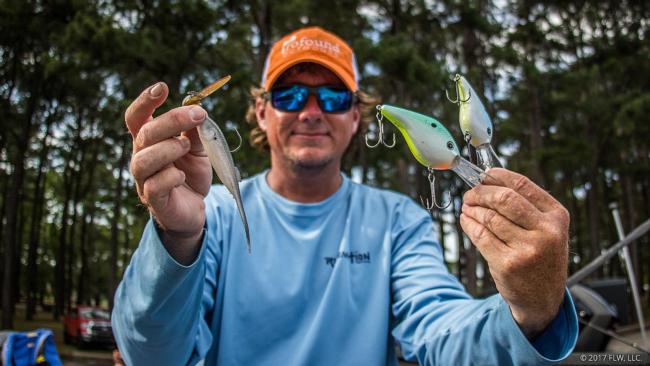 2. Brent Anderson tossed Profound Outdoors Z Boss 20 and 25 crankbaits as well as a 5-inch Castaic Jerky J on a 1-ounce scrounger head. For his crankbaits, he used a prototype cranking rod he designed for Redemption Rods. 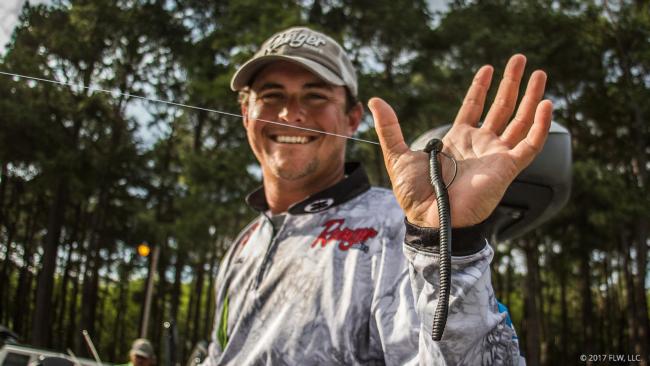 3. Finishing third, rookie FLW Tour pro Justin Atkins tossed a wide range of ledge baits, but did most of his damage with a black Zoom Magnum Trick Worm on a ¾-ounce Profound Outdoors Edwin Evers Head Turner Stand Up Jig. 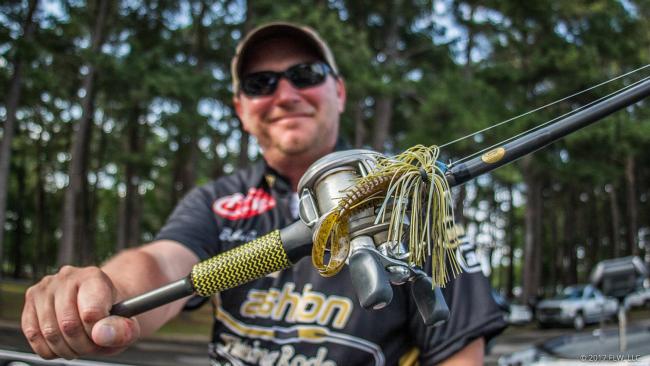 4. The lone shallow angler in the top 10, Brandon Gray swam a 1/2-ounce Strike King Denny Brauer Structure Jig with a Zoom Z-Craw Jr. trailer through grass for his fish. 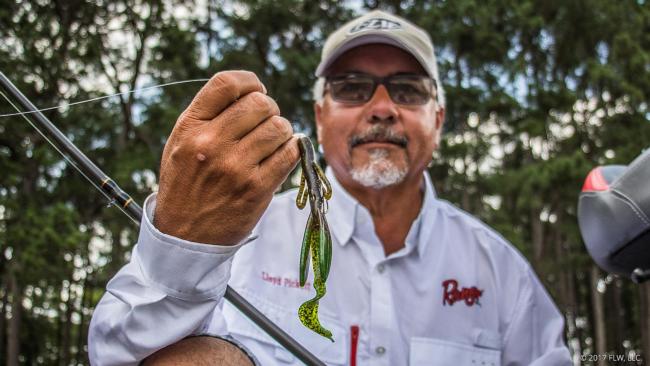 5. Lloyd Pickett Jr. tossed a Carolina rig for nearly all his weight. His baits of choice were a Zoom Brush Hog and a YUM F2 Mighty Bug and he employed a 4-foot leader and a 1-ounce weight. In addition to dying the tips of his baits chartreuse, Pickett also added rattles. 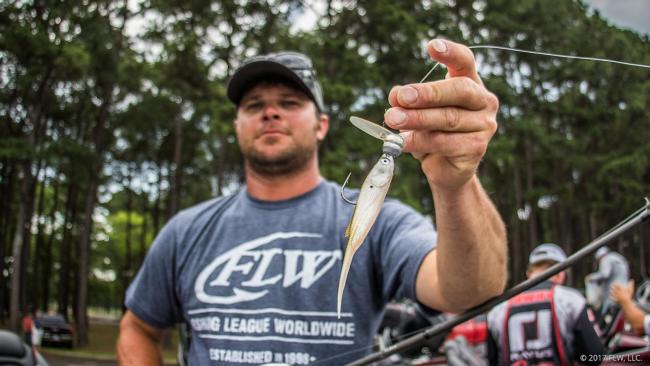 6. Mike Brueggen tossed a jig for some fish, and a spoon for others, but the bulk of his weight fell to a 5-inch Castaic Jerky J on a 1-ounce scrounger head. 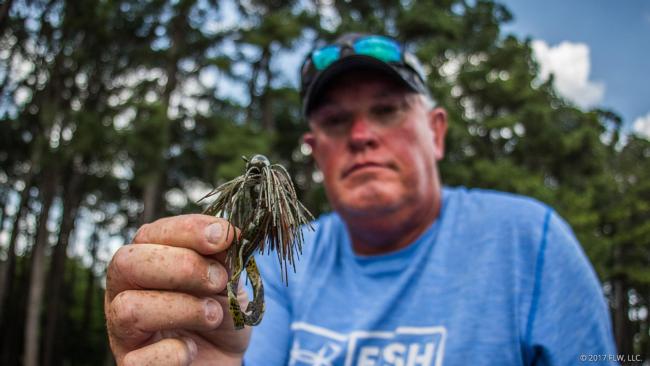 7. A football jig was the key bait for William Merrick. He says he used a ¾-ounce D&L Tackle Football Jig in green pumpkin and matched it with a Strike King Rage Craw. 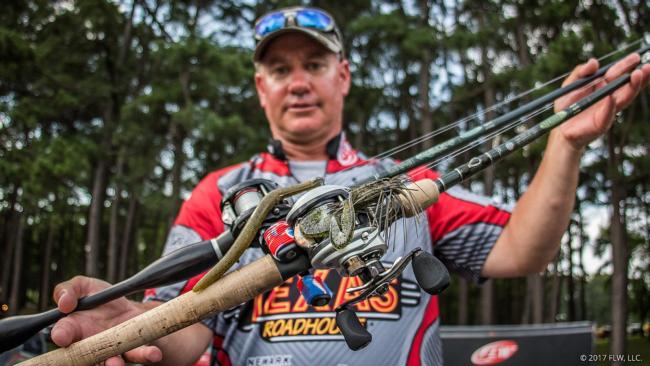 8. Ronald Nutter fished offshore with a Yamamoto Senko on a big ½-ounce shaky head and mostly used the 6-inch size. He also fished some docks, and for that he says he used a ½-ounce Ohio Pro Lure jig with a Strike King Rage Craw (pictured with a Zoom Super Speed Craw) which he ran out of on the final day. 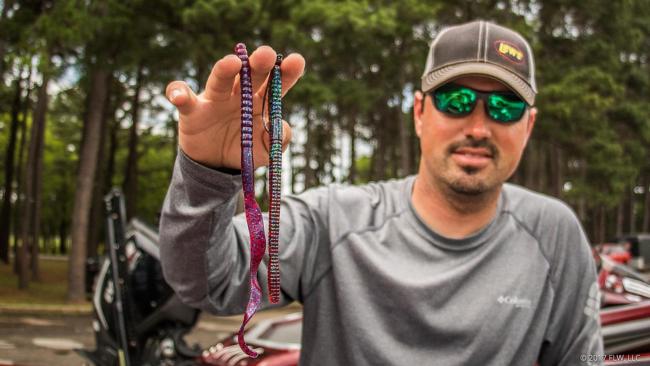 9. Brad Fowler put a pair of big Zoom worms on a heavy shaky head for his fish. His worms of choice were a Zoom Magnum Trick Worm and the Zoom Ol’ Monster in either red bug or plum apple for colors. 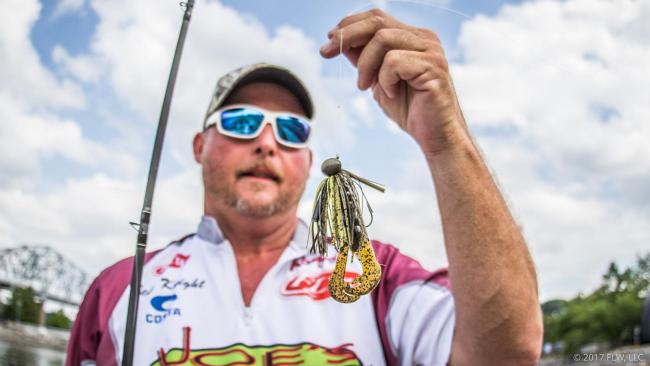 10. Jeff Knight was also part of the football jig brigade – his jig of choice was a ¾-ounce model from Tank’s Tackle which he matched up with a Strike King Rage Craw.