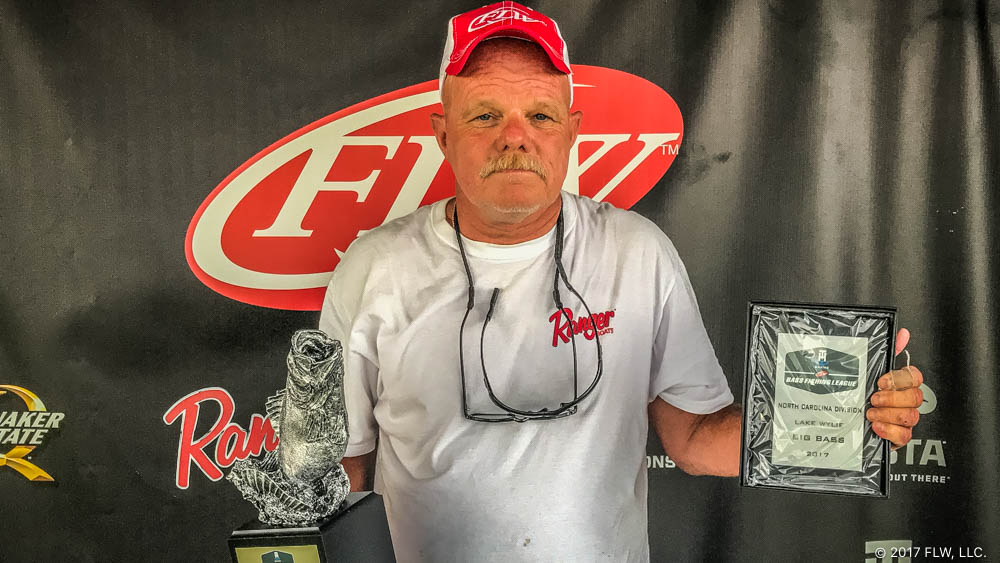 “I’ve fished Lake Wylie all of my life and I went to places where I had caught fish before,” says Jennings, who earned his third career win in BFL competition. “It was a tough day – I only caught six keepers. But, they were all the same size. They looked like brothers and sisters. It was just my day.”

Jennings covered a lot of water, flipping wood, trees and docks all over the lake, from the dam to up the river.

“I fished a Texas-rigged black and brown creature bait all day,” Jennings says. “It seemed like a lot of people were fishing deep, so I took a chance fishing shallow. We hit a lot of places and we’d go for a long time without a bite. I never dreamed that my 4-11 would win big bass, but it was tough on everybody.”

Jennings caught a 4-pound, 11-ounce bass, which was the heaviest of the tournament in the Boater Division. The catch also earned him the day’s Boater Big Bass award of $440. 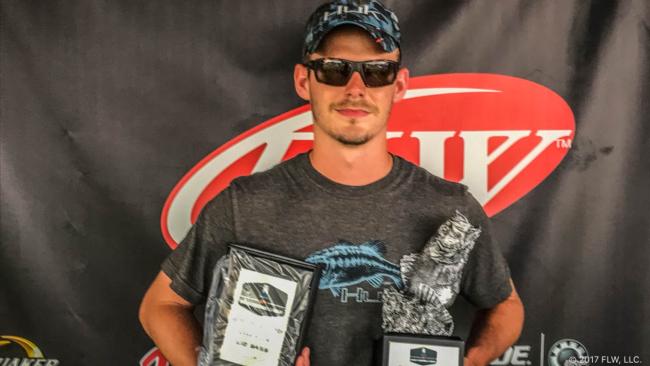 Ward weighed a bass weighing 5 pounds even, which also earned him the day’s Co-angler Big Bass award and $220.