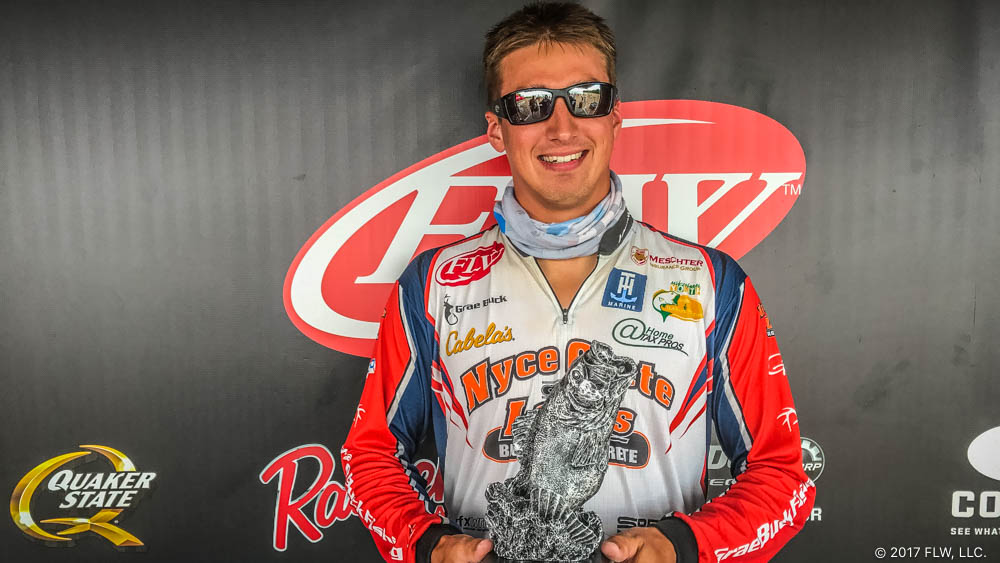 “I fished in 9 to 12 feet of water around grass and rock that were mixed together,” says Buck, an FLW Tour rookie who logged his third career-victory in BFL competition. “I rotated through seven areas and hit each one twice, focusing on individual fish that were cruising by themselves. Other anglers were catching them from schools, but I couldn’t get them going.”

Buck says he utilized a Yamamoto Shad Shape Worm on a drop-shot as his key bait. He preferred 7.3-pound test Seaguar Finesse Fluorocarbon line because it eliminated some of the twisting that comes with fishing a drop-shot.

“I did my best to make contact with the rock between the grass patches,” says Buck. “I was dragging the rig more than anything. If you weren’t dragging it, you weren’t getting bit. I’m pretty sure they were feeding on perch down there.

“I caught my heaviest fish with 20 minutes left in the day,” Buck went on to say. “It culled out a 2½-pounder, so it basically won me the tournament.”

Buck’s 4-pound, 11-ounce fish was the heaviest of the event in the Boater Division, and also earned him the day’s Boater Big Bass award of $640. 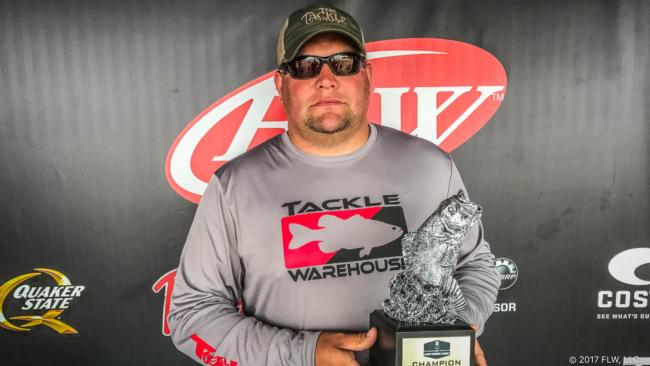