Brueggen Claims Another on Mighty Miss

Seller takes top prize from back of the boat 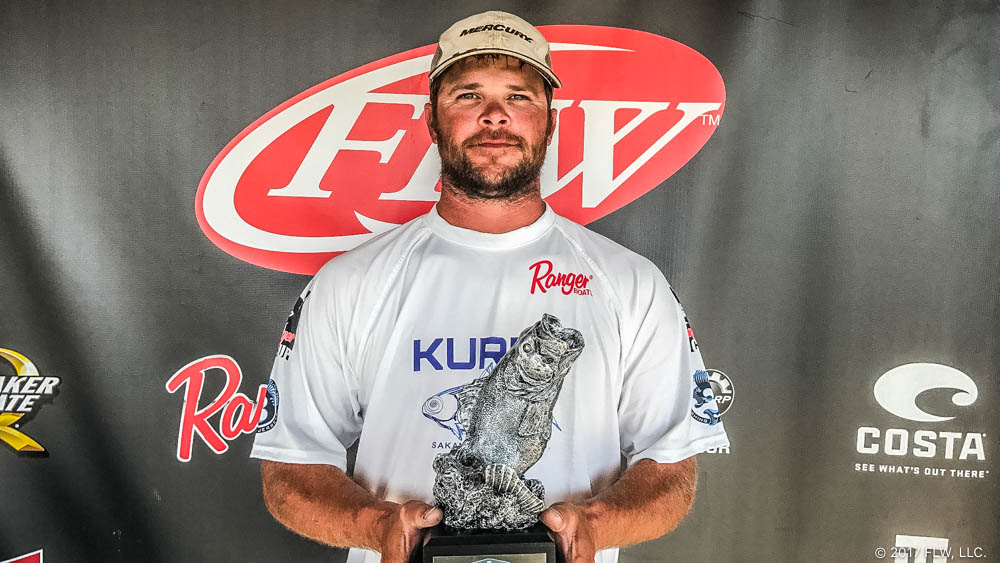 “We weren’t able to launch until around 9:30 (a.m.) due to a fog delay,” says Brueggen, who earned his fifth career-win on the Mississippi River in BFL competition. “After the delay was lifted, I locked to Pool No. 9 along with three-quarters of the field. I worked through an area that had scattered weeds and sand in about a foot of water. I caught 10 keepers on a 3/8-ounce black buzzbait and ended up weighing two of them.”

Around 1 p.m., Brueggen locked back to Pool No. 10 with approximately 14 pounds of bass in his livewell. He says he used his buzzbait and a white Spro Bronzeye 65 frog to fish another stretch of scattered weeds and finish out his day.

“Both of my areas were near the main river,” says Brueggen. “The fish were pretty spread out and they didn’t want to bite. I had to move the buzzbait fast to get them to strike.”

Mark Tonjum of Sioux City, Iowa, caught a bass weighing 3 pounds, 14 ounces – the heaviest of the event in the Boater Division. The catch earned him the day’s Boater Big Bass award of $277. 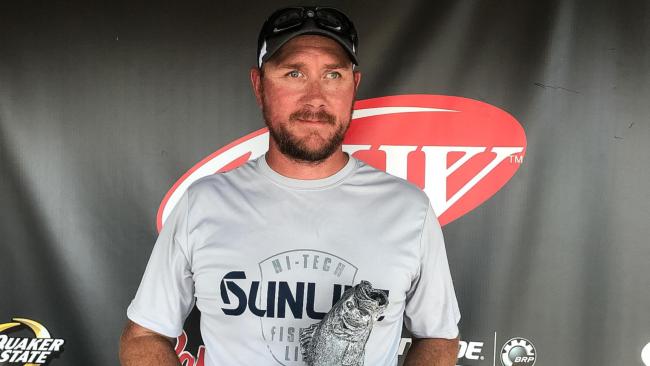 Oppegard caught the largest bass in the Co-angler Division – a fish weighing 4 pounds, 1 ounce – and earned the day’s Co-angler Big Bass award of $277.