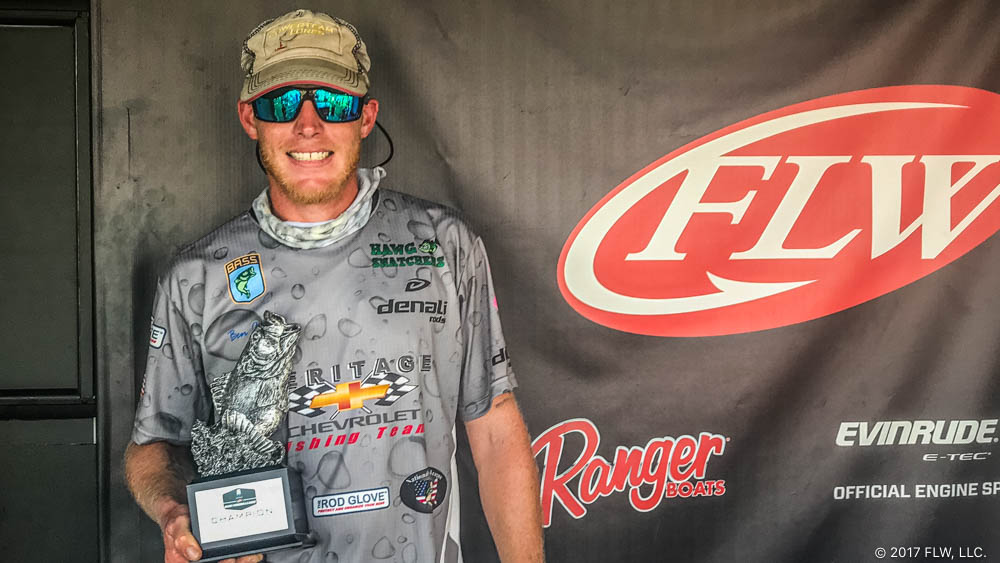 Jacobi says he started out the tournament fishing small feeder creeks near the mouth of the Chickahominy River.

“The water was lower than normal so I had to get out and actually push my boat across some flats at one point,” says Jacobi, who earned his first career-victory in FLW competition. “I caught my second-largest bass out of there around 7:15 (a.m.) on a ¼-ounce buzzbait, so it was well worth the effort.”

After his catch, Jacobi says he returned to the main river to fish wood and rock. He flipped a Texas-rigged green pumpkin-colored soft-plastic and was able to put a 5½ -pounder in the boat.

“I used the same bait the rest of the day and ran the tide back up to the takeoff ramp,” says Jacobi. “I worked through rock, wood and laydowns and had one nice cull in the last hour of competition that likely gave me the win.”

Martinez weighed an 8-pound, 6-ounce bass – the heaviest of the event in the Boater Division. The catch earned him the day’s Boater Big Bass award of $430. 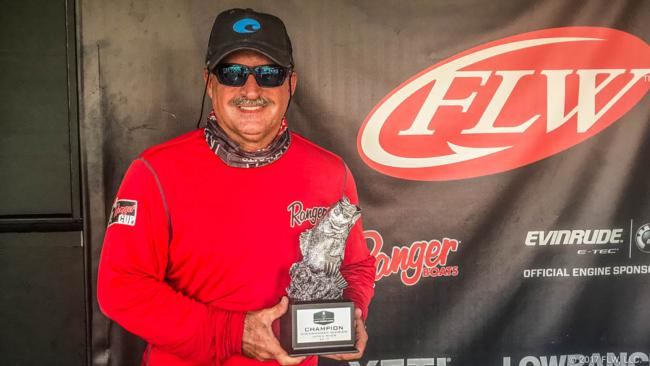 Harney caught the largest bass in the Co-angler Division – a fish weighing 5 pounds, 4 ounces – and earned the day’s Co-angler Big Bass award of $215.