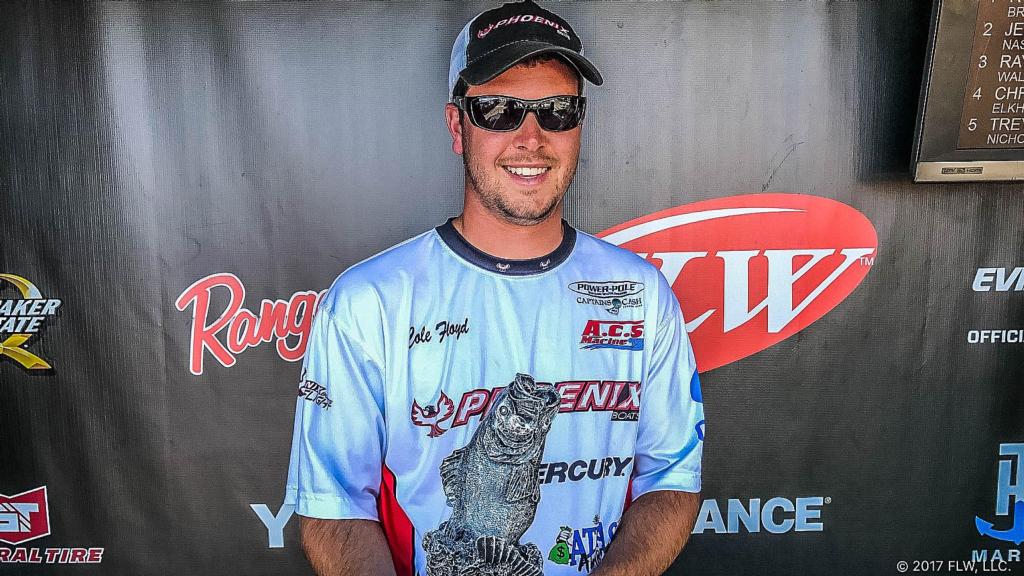 “I fished near Paris and worked through 15 different areas with bars and flats,” says Floyd, who earned his first career-victory in FLW competition. “Some of them had stumps and wood mixed in, and I got a couple of bites at each. When I got bit, they were the right kind of fish.”

Floyd says he caught 90 to 95 percent of his fish throwing a bone-colored Evergreen SB 125. He says he put 15 keepers in the boat each day, and that they came from 1 to 2 feet of water.

“I feel like a lot of the field did the same thing out there,” says Floyd. “They fished flats and big bass areas, but didn’t know where their next bite would come from. I put down my Power-Poles and fished small stretches – some were even as small as 20 by 20 feet. If I didn’t get a bite, I moved on and could usually get something going. I didn’t waste much time looking for them.”

Bolton caught a bass weighing 5 pounds, 11 ounces – the heaviest of the event in the Boater Division. The catch earned him the Boater Big Bass award of $705. 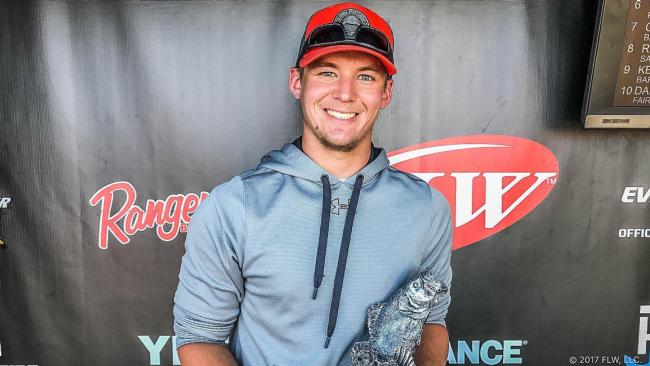 Dunn caught the largest bass in the Co-angler Division – a fish weighing 6 pounds, 6 ounces – and earned the Co-angler Big Bass award of $352.