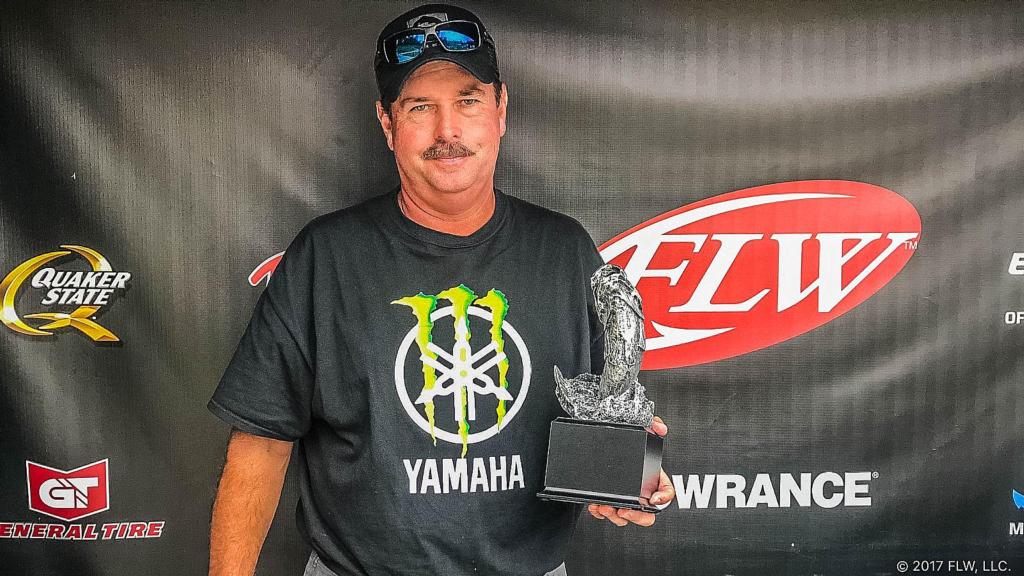 Wiley says he spent his weekend fishing on the south end of the lake, near the dam. He targeted schooling fish and rotated through five areas throughout the tournament.

“I concentrated on a hump, a ridge, a channel swing and some standing timber,” says Wiley, who earned his first career-win in FLW competition. “The wind made the tournament difficult. On Saturday, there were gusts up to 20 mph, and on Sunday they reached 40 mph. I couldn’t get anything going in the creeks, so there wasn’t much shelter.”

Wiley used a white Fish Head Spin Underspin with a White Pearl-colored Zoom Super Fluke to catch the majority of his fish.

“With the strong winds there weren’t many options for lures, especially yesterday (Sunday),” says Wiley. “The Underspin worked well because it handled the gusts and got down into those 40-foot depths where fish were suspended in the trees. Standing timber ended up being the most productive cover for me.”

“I used the jerkbait in the morning until the wind picked up,” says Wiley. “I actually caught my heaviest fish on it, including one Sunday that came early on my third or fourth cast.”

Kim Carver of Milledgeville, Georgia, caught a bass weighing 3 pounds, 14 ounces – the heaviest of the event in the Boater Division. The catch earned him the Boater Big Bass award of $802. 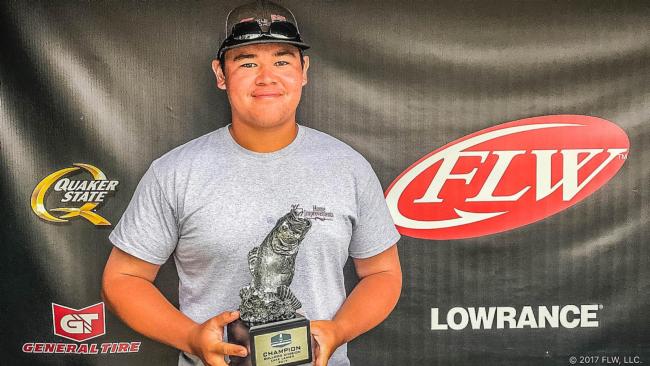