Barr Gets it Done on Detroit River 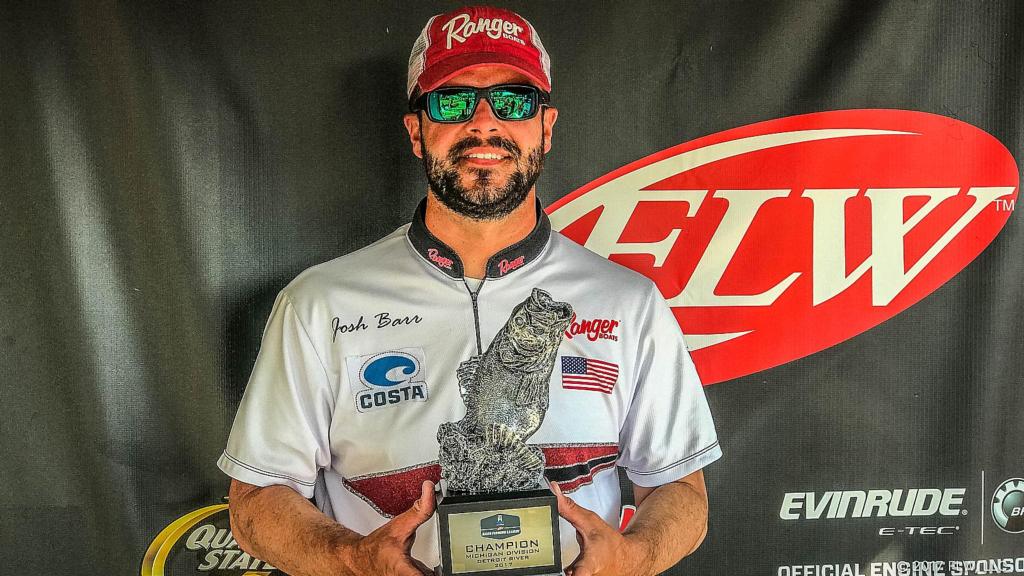 “It was really satisfying to come out on top of such a competitive field,” says Barr, who earned his first career win after three prior top-10 finishes on the Detroit River in FLW competition. “I knew that I was on a couple of good schools in practice, but I didn’t realize how big they were. It was a pleasant surprise come tournament time.”

Barr committed each day to making a run south to Lake Erie.

“I live in the Cleveland area, so I was spending a lot of time around the Ohio and Pelee Islands,” says Barr. “I was fishing the typical off-shore Lake Erie isolated rock piles. I caught most of my fish on day one with a drop-shot. On day two, all of my quality fish came on a tube.”

Barr says that he fished a perch-colored fluke-style bait on his drop-shot rig Saturday, but opted for a standard 3½-inch green pumpkin tube on Sunday.

“I don’t think the color really mattered,” Barr says. “My co-angler and I both caught 6-pounders on a tube and he had a different color.”

Barr estimates that he caught 10 to 15 smallmouth on day one and around 20 on day two.

“Finding the right schools meant everything,” Barr went on to say. “When I would idle over the rocks, I couldn’t see them very well on my electronics. I’m not sure if my motor was spooking them, but when I would turn it off and drift over them my graphs would light up.”

Charles Mackintosh of Brighton, Michigan, caught a bass weighing 6 pounds, 1 ounce – the heaviest of the event in the Boater Division. The catch earned him the Boater Big Bass award of $652. 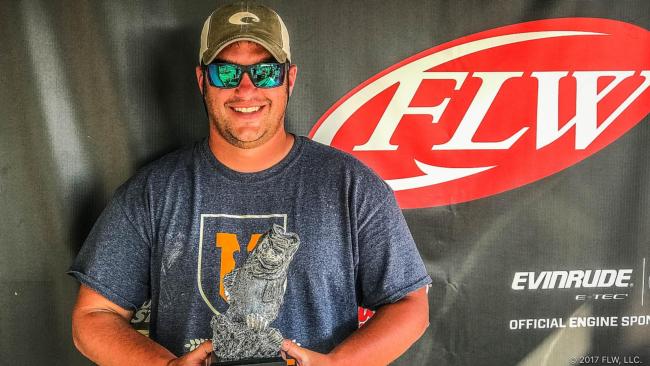 Gary Polenz of Milan, Michigan, caught a two-day total of 10 bass weighing 43 pounds, 7 ounces, to win the Co-angler Division and $2,669.

Sawyer caught the largest bass in the Co-angler Division – a fish weighing 5 pounds, 15 ounces – and earned the Co-angler Big Bass award of $322.