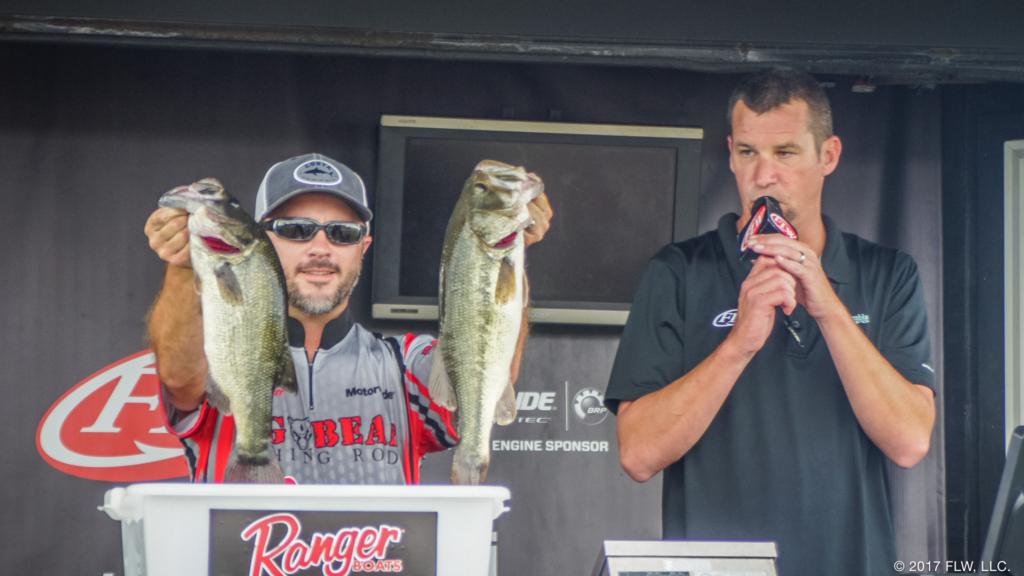 Kip Carter literally went with the flow in the T-H Marine FLW Bass Fishing League Regional on Wheeler Lake Oct. 12-14 to score the biggest win of his tournament career.

Carter, of Social Circle, Ga., fished around the stained water flowing in from small streams the first two days of the tournament. The streams had turned muddy after heavy rains earlier in the week.

By Saturday, the flow from the streams had cleared, and the fish Carter had been targeting with a Paycheck Baits Repo Man topwater were gone. To make matters worse, the Tennessee Valley Authority, which controls Wheeler Lake, upped the flow through the reservoir significantly on day three. With only one keeper in the livewell at 11 a.m. on day three, Carter decided to abandon his rain drains pattern and went looking for bass in tributary creeks. 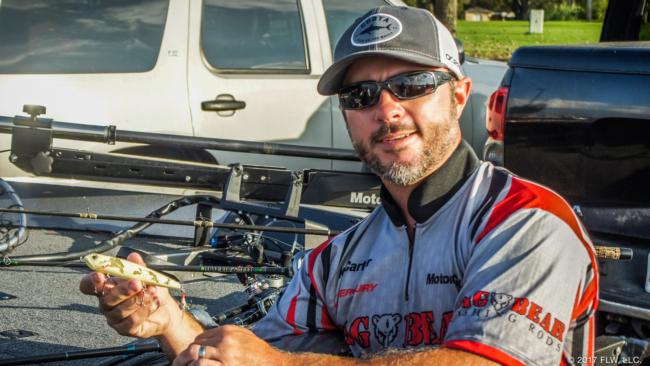 “It turned out to be a good move,” Carter says. “I found some fish up in a creek and was able to catch a few good ones."

“I've led a couple of big tournaments and fell short at the end. It feels good to finally win one. This is by far the biggest accomplishment of my fishing career,” Carter says. “I’ve prayed this week more than I have in a long time. I've really been blessed. I really had a good tournament. I really wasn’t on much. I just fished the way I like to fish, and it just all fell together." 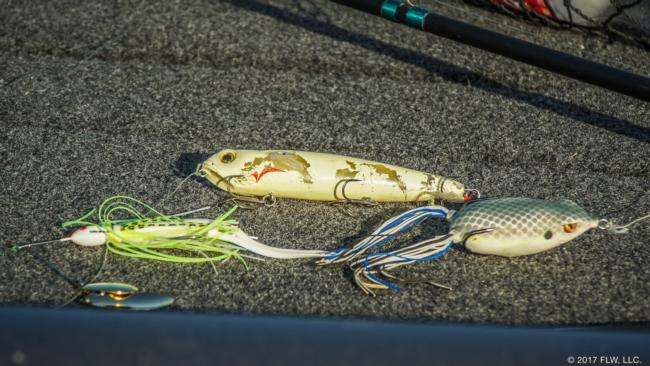 In addition to the bone-colored topwater, which was battle-scarred by the end of the tournament, Carter threw a white and chartreuse spinnerbait and a shad-pattern SPRO Bronzeye Frog. 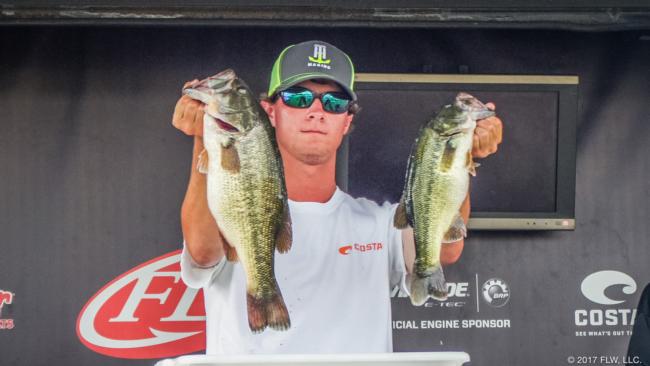 Tyler Morgan of Columbus, Ga., who finished second with 40 pounds, 7 ounces, earning $10,100, caught all of his fish near the base of Guntersville Dam on the upstream end of the 60-mile-long lake.

“I just drop-shotted all day, every day," Morgan says. "I was fishing current seams and eddies. Most of my fish came in water 12 to 15 feet deep.”

Morgan struggled to find fish in practice until he decided to make a run to the Guntersville Dam tailrace and give it a try. It was there that he finally found the bass he had been looking for. He used only two colors for the Roboworm on his drop-shot rig – morning dawn and M.M. II. 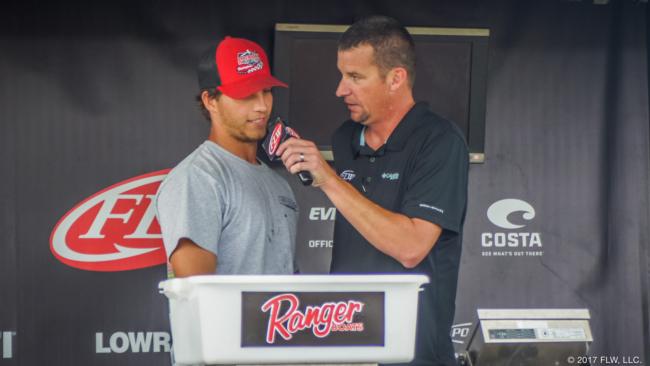 Third-place finisher Brandon McGinnis of Pell City, Ala., concentrated on the Elk River leg of Wheeler Lake all three days. On days one and two, he worked War Eagle Buzzbaits around mats of wood debris. On day three, while running up the Elk River, McGinnis spotted a patch of lily pads and grass out of the corner of his eye. He continued upstream for about 100 yards before deciding to turn around and give the grass a try. Using buzzbaits and a SPRO frog, McGinnis was able to catch enough bass out of the vegetation to boost his day three catch to 16 pounds, 6 ounces, giving him a total of 37 pounds, 15 ounces for the tournament and earning him $5,000 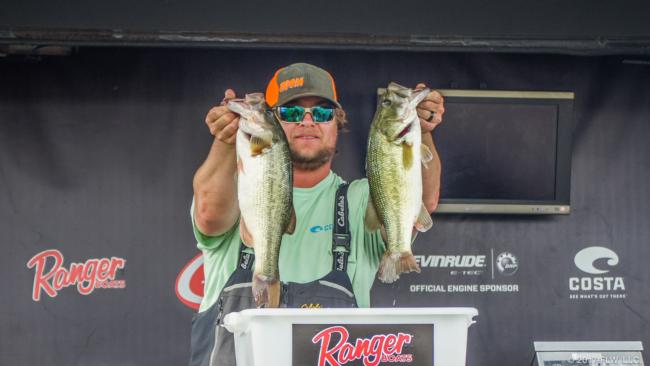 Michael Smith of Piedmont, S.C., used a variety of baits and techniques to win the non-boater division.

"When you fish from the back of the boat, you have to be versatile," Smith says. "You need to be able to fish everything from shallow water to offshore ledges, depending on where your boater wants to fish."

Among the baits Smith used were a citrus shad SPRO Little John crankbait, a green pumpkin homemade spider jig with a Yamamoto Hula Grub, a homemade black and blue swim jig, and a drop-shot rig.

Smith earned a new Ranger bass boat for his win.

The Wheeler Lake Regional, which was staged out of Ingalls Harbor Marina in Decatur, Ala., featured the top anglers from the Bama, Bulldog, Choo Choo and Music City divisions. In addition to their tournament winnings, the top six boaters and co-anglers qualified to fish in the 2018 T-H Marine FLW Bass Fishing League All-American, which is a televised event with a six-figure payday and a boater berth in the Forrest Wood Cup on the line.