Marks says he caught the majority his fish on the main lake, specifically on the tips of ridges with isolated stumps. He fished through a dozen areas and was able to put 10 keepers in the boat throughout the day.

“I don’t think the water temperature on Sam Rayburn has been below 55 degrees in a few years, so the fish were really lethargic,” says Marks, an FLW Tour winner who had earned eight prior top-10 finishes on Rayburn in FLW competition. “I caught three or four good ones in the first hour which allowed me to focus on catching the big ones. It was a grind out there, but I knew when I got one it’d be a good one.” 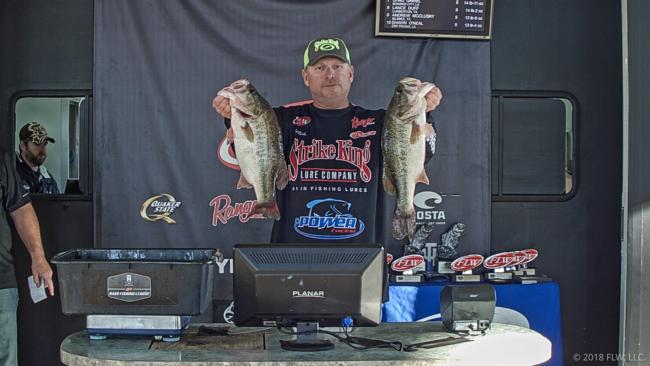 Marks used a powder blue back chartreuse-colored Strike King 8XD crankbait to fish in 16 to 19 feet of water, and switched to a 10XD for deeper casts in the 18- to 24-foot range.

“It’s funny – just about every bite was on the initial descent or when the bait was up under the boat,” says Marks. “I started making shorter casts so I could maximize my time in those strike zones.”

Ballard caught a bass weighing 8 pounds, 1 ounce – the heaviest of the event in the Boater Division – and earned the day’s Boater Big Bass award of $960. 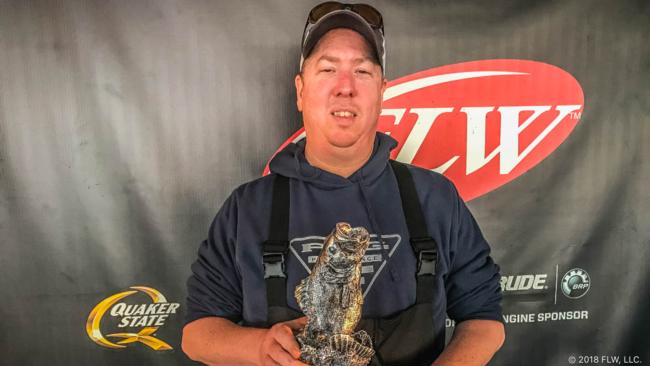 James Spell of Sulphur, Louisiana, caught the largest bass in the Co-angler Division – a fish weighing 8 pounds, 2 ounces. The catch earned him the day’s Co-angler Big Bass award of $477.