Pickwick Setting up to Be a Smashfest for Mississippi Division Opener 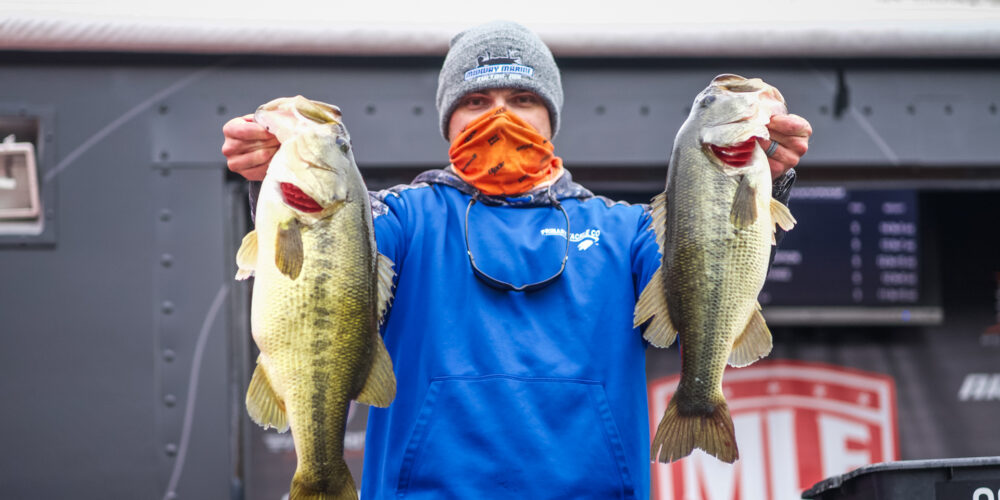 After a weather-related schedule change, the 2021 Phoenix Bass Fishing League Presented by T-H Marine Mississippi Division will start the season on Pickwick Lake on March 13 instead of Ross Barnett Reservoir as originally planned. Given any luck, the event presented by Googan Baits should feature great springtime fishing on one of the best lakes on the Tennessee River.

One of the best Tennessee River impoundments, Pickwick runs northwest though Alabama and a bit of Mississippi, and the lower end and dam are in Tennessee, about 70 miles south of New Johnsonville.

There’s no bad stretch of the lake, but it does have a few distinct sections. The upper end of the lake, near the Wilson Dam, is known for a lot of current and excellent smallmouth fishing. Down the lake, some really exceptional ledges come into play, and, depending on the timing, there is a lot of shallow action on shallower bars, grass and even flooded cover.

In the spring, most of the fish should be shallow, and the entire lake could play. Depending on the weather and current conditions, the fishing could be current-related to the extreme or more traditional.

Tackle Warehouse Pro Circuit pro Jimmy Washam is fresh off a Toyota Series win on Lake Guntersville and banked a Top 10 on Pickwick in last year’s Toyota Series event there. Of all the Tennessee River lakes, he’s spent more time on Pickwick than any other.

“It could be a power-fishing smashfest, where you’re catching them out of newly emerging grass with a lipless or a vibrating jig,” says Washam. “Or a jerkbait could really play. I’ve caught some giant bags when we’ve had an extended spring offshore on a jerkbait.”

If the current is rolling for the event, it could be really special.

“If they’re pulling a lot of water, which they might be, then current breaks along the main lake can be great,” says Washam. “It can almost fish like the tailrace, it will really position the fish. They’re starting to migrate toward spawning areas and creeks, and it pushes huge populations of fish onto certain spots. I had a day last year where I caught 60 fish, all on a big spinnerbait, and it was all because they started moving a ton of water and all the fish that were getting ready to go spawn had to bail out to the mouths of creeks.”

If the weather is warmer and the current isn’t cranking, Washam says the bite could be a bit tough. As the fish get closer to spawning and farther into the creeks, he thinks they can be a bit finicky.

“If we get some really warm weather, and those fish get comfortable moving into creeks and spawning areas, it could become a finesse deal,” says Washam. “It could be something were a very particular detail to a bait matters, where a finesse jig is good and where light line and spinning reels make a difference.”

Pickwick has some of the best smallmouth fishing on the Tennessee River, and Washam expects to see at least a few brown cows make it to weigh-in.

“Your top bags will primarily consist of largemouth, but there is definitely a good chance somebody mixes in a 5-pound smallmouth with a top bag,” says Washam. “The tricky part about smallmouth that time of year is that they spawn a lot earlier than we realize, and they spawn in places that are a lot less obvious than largemouth. When they go to spawn, it takes a unique skillset to capitalize on that, and it’s a lot easier to target the better quality largemouth that time of year. Somebody that is smallmouth savvy could go to the tailrace and catch a big bag of smallmouth, so I think there will be some players, but I don’t think smallmouth will contend for the win.”

Still, smallmouth not playing for the win won’t make it any less fun, as Washam thinks it’s going to take around 25 pounds to win.

“I’m going to venture to say, with the shad kill we’re having and the late winter we’ve had, it’s probably going to be a smashfest.”

Spring baits on the Tennessee River are pretty well known, and many of the same lures that just worked in the Toyota Series event on Guntersville will play again. Washam called out a few that could be particularly productive.

“If you can find one, the  Azuma Shaker Z is just as deadly on Pickwick in the early grass,” says Washam. “In the finesse jig category, my signature Tour Bound jig from Black Bass Tackle Industries is actually designed for Pickwick. Those two right there, and a ¾-ounce spinnerbait and a jerkbait will play a big role.”