All eyes on the ‘Fab Five’ 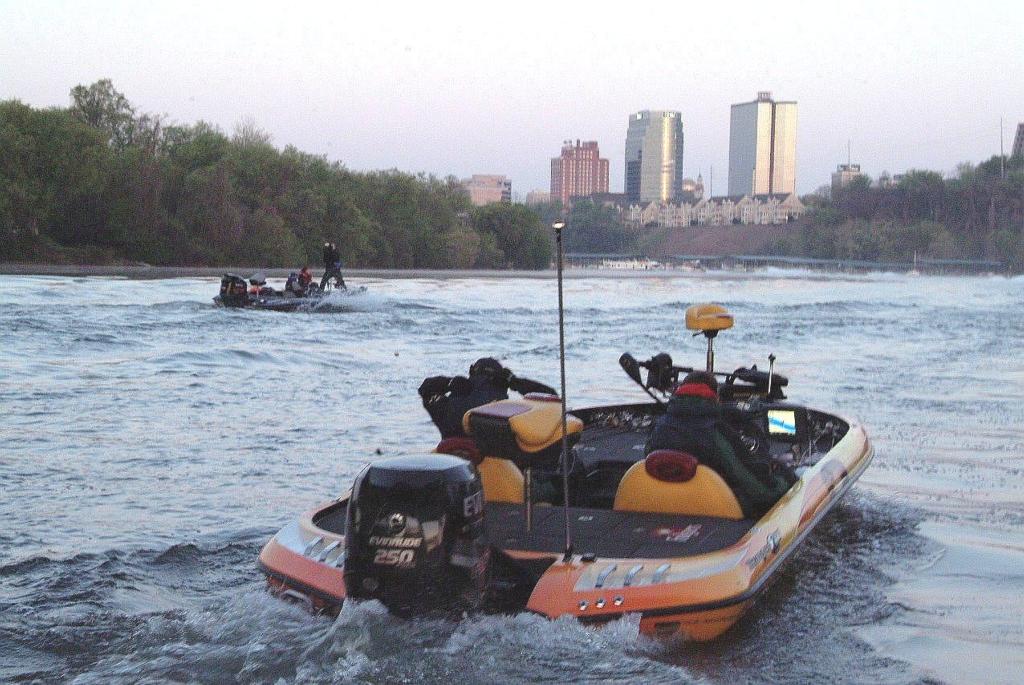 KNOXVILLE, Tenn. – As any bass-fishing historian knows, discussions surrounding the true roots of the sport have always started and ended in the Southeast. And while competitive bass fishing is now flourishing from coast to coast, a testament to its remarkable growth over the years, it seems only fitting that the 2010 National Guard FLW College Fishing National Championship will be decided by collegiate competitors from Texas, Florida, Alabama and Kentucky.

As the final five teams departed Ned McWherter Riverside Landing Park marina shortly after 7 a.m. amidst crisp temperatures and sunny skies, there was some definite electricity in the air.

“We’re really feeling excited right now,” said Jake Gipson of the University of Florida, whose team currently sits in second place by a mere 14 ounces heading into the final day of competition. “We’re very fortunate to be where we are at. We think we have a good shot.”

That sentiment seemed pervasive throughout the elite group of remaining collegiate competitors. 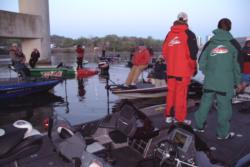 “It’s definitely exciting,” said Andrew Shafer of Texas A&M, who heads out in third place at the start of today’s action. “It would just be amazing to win and be able to move up to that next level. It’s one of the best experiences of my life.”

While 164 schools competed for a shot at the 2010 FLW College Fishing National Championship, only 25 teams qualified. Over the course of two days, that field was whittled down to five. And after today, there will be only one team left standing.

However, like in any other bass-fishing event of this caliber, winning the ultimate prize won’t be easy.

“We’re going to change it up and jump around a lot more than we did yesterday,” said Shafer, whose team needs to make up a 3-pound deficit if they are to catch the current leaders – Texas State University. “We’re going to hit our sweet spots early and make 10 or 15 casts. By that time, we should know if the fish are there. Getting the big bites is important but it’s also a matter of luck at this point. Those fish are there one day and gone the next. You just have to put yourself around (the winning) fish and hope for the best.

“We’re going to do the same thing we did yesterday and hopefully catch 15 or 16 pounds,” Shafer continued. “With the warmer weather, I think the bigger fish will start to move up. The water temperature is holding steady at 62 degrees and the fish are definitely on the move.” 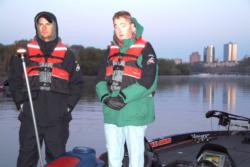 While all teams seemed confident in their respective game plans heading into today’s competition, it’s clear that the bottom four teams are going to have to mount a significant charge if they are to catch Texas State University.

“For some reason I woke up very calm and relaxed this morning,” said Texas State University team member Jay McCollum. “I believe we deserve to be there. We worked very hard to get to this point. It’s definitely a surreal feeling. But for the last tournament of my college career, I wouldn’t want to be anywhere else.”

“There’s no pressure at all,” said McCollum’s teammate David Cosner. “This is like a vacation.”

After two days of intense competition, the five college teams with the largest combined two-day accumulated weights (Texas State, Florida, Texas A&M, Auburn and Murray State) have advanced to the final round of competition. At the conclusion of Monday’s weigh-in, the tournament title will be awarded to the college team that has recorded the most combined weight over all three days of national championship competition.

The national championship winning team will receive $25,000 cash, a Ranger 177TR with a 90-horsepower engine wrapped in school colors for their school’s bass club and $50,000 for the school they represent – for a total prize package valued at $100,000.

Final championship weigh-in will be at TRECS Plaza at 4 p.m. Eastern time on the University of Tennessee campus located at 2106 Andy Holt Ave, Lot 20 in Knoxville, Tenn.

Fans will be able to continue to enjoy the College Fishing Festival, which runs from noon to 4 p.m. Monday, April 12. All activities are free and open to the public. Fans can also register for cash prizes presented by US Bank.

Want to watch the inaugural national championship weigh-in live but can’t make it in person? Then tune into FLW Live on FLWOutdoors.com shortly before 4 p.m. Eastern time to watch live streaming video and audio of today’s final weigh in. 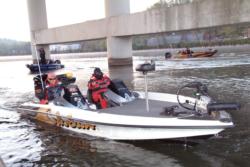 Wind: From the east-northwest at 6 mph