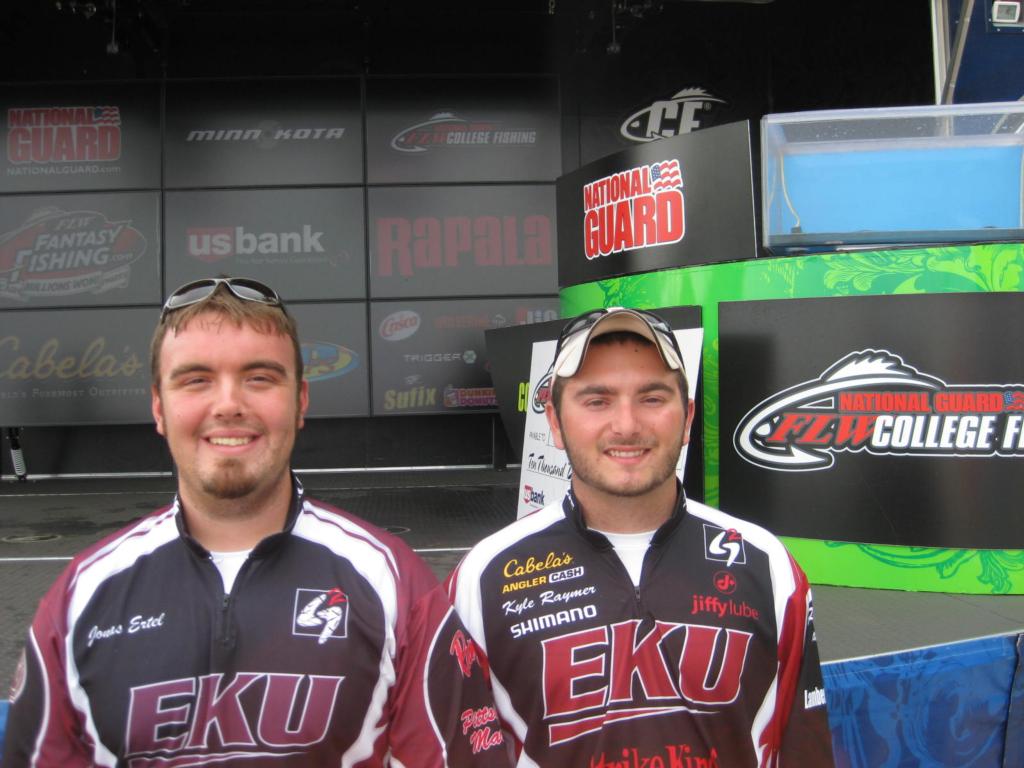 (Editor’s note: Leading up to the 2011 National Guard FLW College Fishing National Championship, slated to be held April 7-9 on Kentucky Lake at Murray State University, CollegeFishing.com will be publishing semiweekly feature stories highlighting the 25 national championship qualifiers. At stake in the tournament is a first-place prize package worth $100,000 as well as a chance for the winning team to compete in the 2011 Forrest Wood Cup.)

Other interests: I own a candle company here in London, Ky., with my fiance, Charity. We also have a 21-month-old daughter, Kinlee Addison.

Ertel: My papaw Jesse introduced me to fishing when I was 4 years old. We have a houseboat on Norris Lake in Tennessee. We mainly fished for bluegill during the day and dropped lights at night for crappie and walleye. I can remember catching smallmouth on crickets with an ultra light setup and I’ve been hooked ever since.

Raymer: My dad got me started when I was just a little kid. We fished our first buddy tournament when I was 13 years old.

Ertel: Fishing a jig, shallow or deep and throwing a crankbait.

Raymer: Flipping is my favorite style of fishing.

CollegeFishing.com: What did it feel like to qualify for the 2011 FLW College Fishing National Championship? How do you plan to prepare for the big event?

Ertel: This is a huge accomplishment for myself and Kyle as well as for EKU. Having my family at the weigh-in was priceless. I will remember that day for the rest of my life.

Kyle and I also intend to spend a lot of time on Kentucky Lake before the cut-off.

Raymer: Qualifying for the National Championship was amazing. I was happy to make a top five with all of the good fishermen that I competed against at the Central Region Championship. I plan to do a lot of pre-fishing, so I can try to learn as much about Kentucky Lake as I can.

Ertel: Tyler Moberly and I won the 2010 ESPN College Bass National Championship in Arkansas this past summer. Mark Zona gave me the Nickname “Stinkeye”.