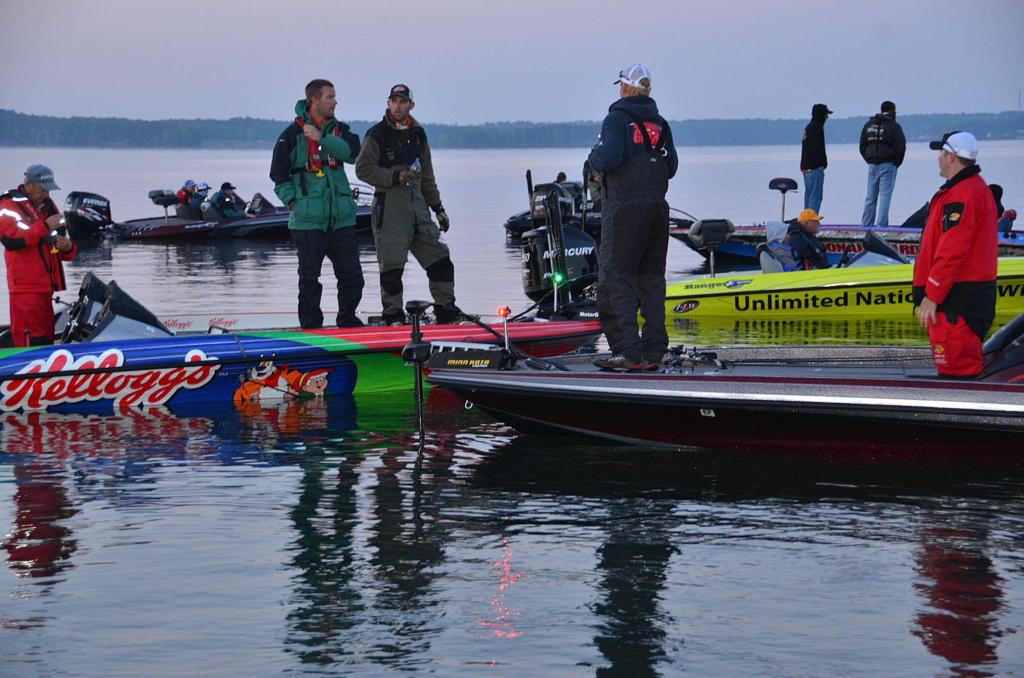 COLUMBIA, S.C. – As the top 25 collegiate fishing teams in the nation departed the marina shortly after 7 a.m. Saturday morning, it was clear that there was still some last-minute cramming to be done on Lake Murray for the vast majority of the teams attempting to survive today’s all important top-five cut.

While a handful of squads did well on the opening day of the 2012 National Guard FLW College Fishing National Championship, at least half the field found themselves below the 12-pound mark with plenty of ground to make up. However, with five teams already boasting 16 pounds or greater, their task won’t be easy.

Fortunately, for schools like Auburn University – which has produced third-place finishers in each of the first two years of national championship competition – the task is a little less daunting. Currently, the Auburn squad of Matt and Jordan Lee sit in second place overall with 16 pounds, 8 ounces, a mere 6 ounces behind first-place contenders Andy Wicker and Harold Turner of Clemson University. But while their weight is impressive, the fact that the top five teams are separated by only 14 ounces makes the tournament truly up for grabs.

And the Auburn team knows it. 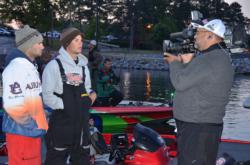 “Today is a really important day,” said Jordan Lee. “If we can catch what we did yesterday, it’d be awesome. We just have to execute. We haven’t been catching them early, so if we don’t have anything in the first three hours, we can’t panic.”

However, with a shortened fishing day due to weigh-in scheduling surrounding the South Carolina baseball game, teams will have even less opportunities to make up the necessary ground to make a run at the national championship title. But still, on Lake Murray, it can be done – and in a hurry.

“The good thing is that out here, the bite can really turn on quickly,” said Lee. “You can catch a limit in an hour if everything goes right.”

Weather could also play a significant role today. If the wind dies down and calm conditions prevail, anglers will once again have to take extra care not to spook the fish.

“If it’s dead calm, it’s really tough to trick these fish into biting,” said Jordan’s brother and partner Matt Lee. “Out here, the wind matters a lot. But being consistent is also key. If we can go out there and execute, we should be in good shape.” 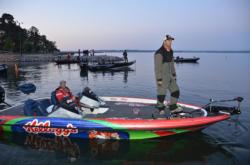 The following is the complete list of college team competitors vying for this year’s national championship title: 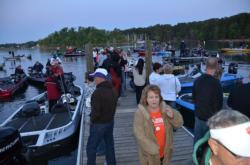 The entire National Guard FLW College Fishing National Championship field will compete one more day with the top-five college teams advancing to the third and final day of competition on Sunday based on their overall accumulated weight. Teams are permitted to bring as many as five fish to the scales during each weigh-in. After the conclusion of Sunday’s weigh-in, the tournament title will be awarded to the college team that has recorded the most combined weight over all three days of competition.

The national championship awards the top team with $50,000 cash, a Ranger 177TR with a 90-horsepower engine for their school’s bass club and $25,000 for the school they represent.

Daily takeoffs for the national championship will be from Park Site No. 8 (North) located at 2101 N. Lake Drive in Columbia at 7 a.m. Weigh-in will commence at 2:30 p.m. on Saturday and *4:30 p.m. on Sunday. All weigh-ins will be adjacent to the Carolina Baseball Stadium on the University of South Carolina campus located at the corner of Blossom and Williams streets in Columbia.

(Note: *Final weigh-in on Sunday will immediately follow the University of South Carolina baseball game and is subject to change). 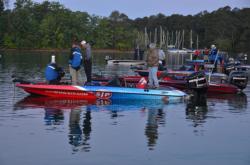 Want to watch the national championship weigh-in live but can’t make it in person? Then tune into FLW Live on FLWOutdoors.com shortly before 2:30 p.m. Eastern time to watch live streaming video and audio of today’s opening-round weigh in.

In conjunction with the tournament, college fishing fans can also take part in The FLW Tailgate Zone, which includes a sports zone, tailgate games, climbing wall and Ranger boat simulator. The Tailgate Zone will run from April 14 to 15 (1-4 p.m. on Saturday and 11:30 a.m.-1:30 p.m. on Sunday) and will be located adjacent to the Carolina Baseball Stadium.

Wind: From the south at 10 mph