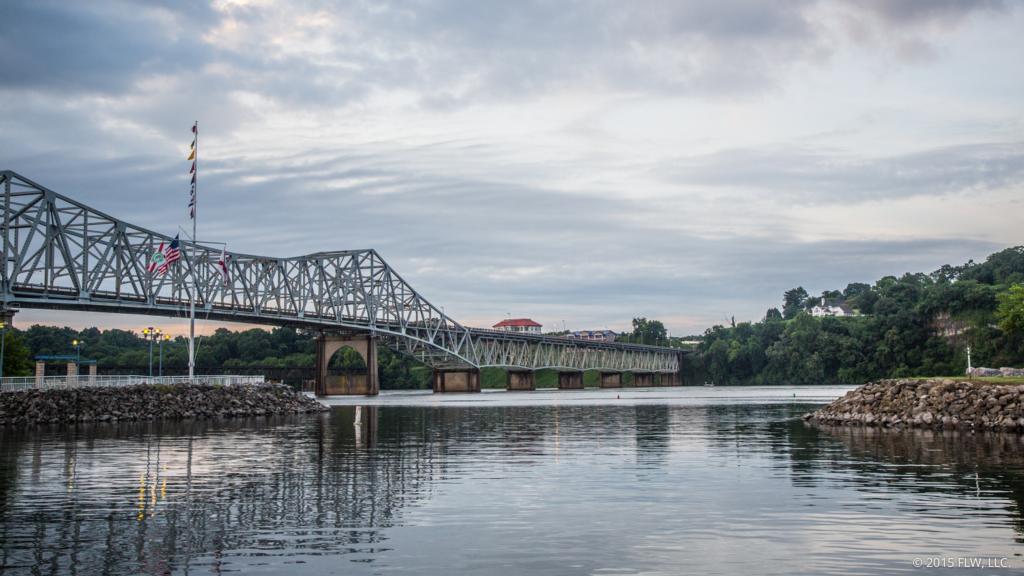 “I know that Pickwick is traditionally known as a ledge fishery, but that is just not the case right now,” says Walmart FLW Tour pro Jason Lambert of Pickwick Dam, Tenn., who has six top-10 finishes on Pickwick Lake in his FLW career. “There is so much grass and hydrilla in this lake right now – the most that I have ever seen. The grass bite is going to be very strong in this tournament, and I predict that is how it will be won.

“We’re finally starting to get the first cold fronts of the fall coming through,” Lambert continues. “The schooling activity seems to be a little bit behind schedule. Usually at this point of the year we have some fish up on top chasing bait, but we haven’t really seen that yet. By the time the tournament rolls around the topwater bite could start to play a little bit, as could throwing a frog, but I think that flipping the grass will be the dominant pattern.”

Lambert predicts that the winning team will have a two-day weight of about 34 or 35 pounds.

“I would recommend just picking up a plastic of some kind, going to the grass and just going fishing,” adds Lambert. “Grass fishing is a lot like ledge fishing. You can fish two miles of grass, then find a 30-yard stretch where you’ll get seven good bites. The key for the college anglers will be finding those productive stretches.”

Teams could also take cues from Aaron Harrelson, the winner of the recent Walmart Bass Fishing League Mississippi Division Super Tournament on Pickwick. Harrelson located a small creek channel in the grass and exploited it with a spinnerbait, a jig and a big worm. Details of his winning pattern can be found here, and he also appeared on the most recent episode of the FLW Podcast.

Schools registered to compete in the Southeastern Conference Championship hosted by Visit Florence include:

Format: The full field competes on day one and the top 15 teams fish on day two. Winner determined by two-day cumulative weight.

For regular updates, photos, tournament news and more, follow FLW College Fishing on Facebook at Facebook.com/FLWFishing and on Twitter at Twitter.com/FLWFishing. Visit CollegeFishing.com to sign up or to start a club at your school.