ULM Wins on the Ouachita River 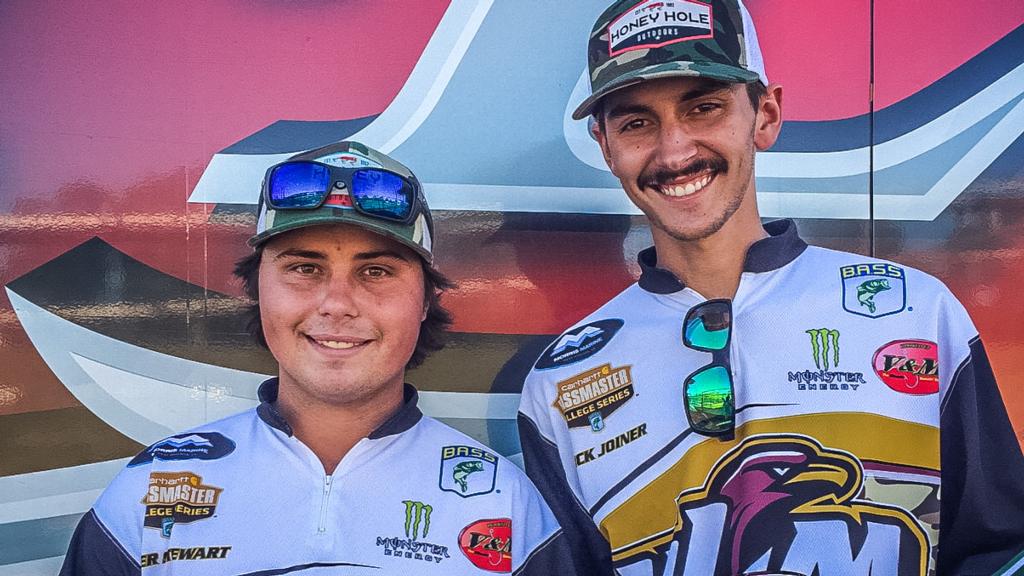 The hometown University of Louisiana-Monroe team of Tyler Stewart and Nicholas Joiner, both of West Monroe, Louisiana, won the FLW College Fishing Southern Conference event on the Ouachita River Saturday with five bass weighing 16 pounds, 9 ounces. The victory earned the club $2,000 and advanced the team to the 2017 FLW College Fishing National Championship.

“It feels great to win this event,” says Stewart, a junior majoring in business administration. “Being from the local school there was a lot of pressure on us to do well.”

“Today we showed that we can defend our home waters, and that’s awesome,” says Joiner, a junior majoring in agriculture. “It gives the young anglers coming in as freshmen some hope that they can do well in this program.”

The duo says they spent their day picking apart a creek in the D’Arbonne Bayou. They say they ran along its edges and backwaters, flipping stumps and laydowns.

“We caught 90 percent of our fish flipping a V&M Adrenaline Flippin’ Jig with a V&M Wild Thang Craw trailer,” says Joiner. “We’d flip it to a stump and let it drop, or cast and reel in before letting it drop. It was a slow process, but one of our main goals was to be extremely quiet. We stayed off of the trolling motor and push-poled our way through the backwaters.”

“We hit flurries of about 20 fish at a time, and then would go 30 minutes with only a bite or two,” says Stewart. “We used the E1 when there wasn’t much brush around.”

Joiner says he caught a 5-pound, 12-ounce kicker on the Flippin’ Jig to help anchor their limit and push the team to the top of the standings.

This FLW College Fishing Southern Conference event on the Ouachita River was the third and final regular-season qualifying tournament in the Southern conference.