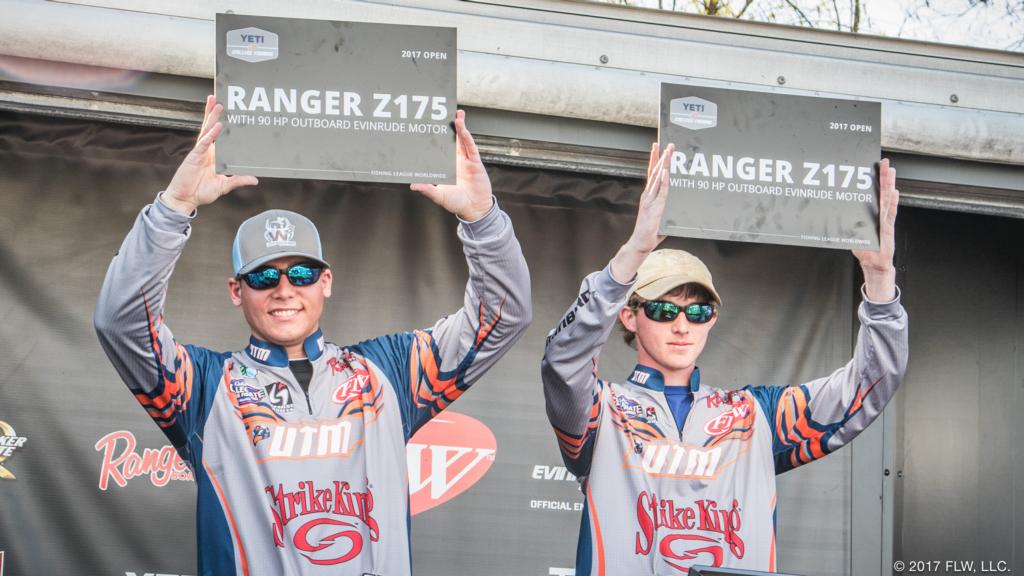 Dylan True and Matthew Lamastus entered the YETI FLW College Fishing Open on Kentucky Lake with modest expectations, but the University of Tennessee at Martin team went home with a prize package valued at more than $30,000 as the tournament’s champion.

In the topsy-turvy second round Saturday, when teams rose and fell in the standings, the UT Martin duo capped a consistent two-day performance and snared the title with 44 pounds, 4 ounces, or just less than 4 pounds better than runners-up Koby Littrell and Martin McCravy of the University of North Alabama in Florence, Ala. The Lions finished with 40 pounds, 8 ounces. Murray State University’s Nick Montilino and Brock Spencer were third with 39-15, while Nathan Bell and Cole Sands of Bryan College of Dayton, Tenn., were fourth with 36-12. The University of Tennessee’s Bradley Devaney and Saxton Long were fifth with 35-5.

Bell and Sands brought in the heaviest limit of the day: 20-13. Overall, 43 limits were weighed Saturday at Moors Resort and Marina in Gilbertsville, Ky., which was down from the 83 registered Friday and indicative of a downturn in the fishing for the collegians. Considering that several big weekend tournaments got underway on Kentucky Lake Saturday morning, however, perhaps it wasn’t so much that the fishing soured as it was that the bass were being harried by many more anglers.

Originally the top 20 teams were guaranteed berths in the 2018 YETI FLW College Fishing National Championship, but because some of them were already qualified, College Fishing Tournament Director Kevin Hunt announced that several other teams in the top 30 had won spots in the championship as well. 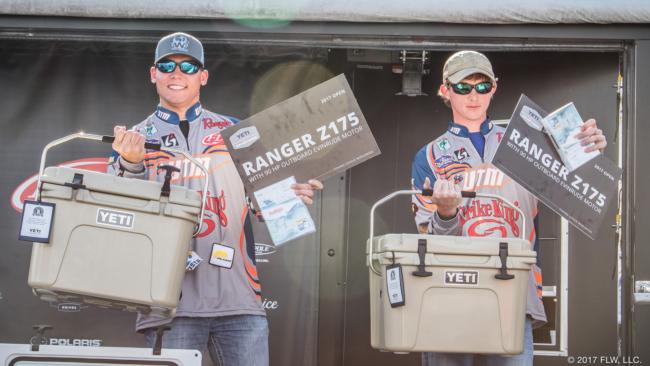 There was never much doubt that UT Martin would be in the mix, after it took the lead over Murray State’s Montilino and Spencer on day one with 25-15 to 24-3. Lamastus, a sophomore mechanical engineering major, says that the pair didn’t expect to catch the fish they did and their main goal going in was to qualify for next year’s championship. Mission accomplished, but they also won a Ranger/Evinrude boat package and prizes furnished by such sponsors as YETI, Costa, Plano and Zoom.

Tournament leaders always worry, and True and Lamastus sweated through their share of angst as Saturday wore on and it became apparent that they weren’t going to duplicate Friday’s stringer.

“It was slow Friday, and even slower today [Saturday],” says True, a junior agricultural business major. “We caught our fish in Jonathan Creek Friday, but it sort of dried up and we decided to run to another place we found in Blood River. As it turned out, we caught seven keepers, compared to six on Friday. But the size definitely wasn’t there. I think the bigger fish pulled out some because the water was a little cooler.” 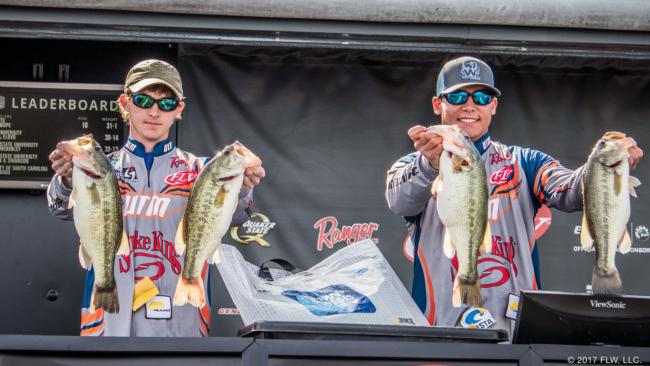 Strike King 2.5 and Series 5 crankbaits produced for the team in the opening round, but as many other anglers discovered, the fish wanted slower-moving baits on day two. After going about an hour and a half without boxing a fish, True decided to switch to a Carolina rig with a 5-inch Strike King Rage Lizard (green pumpkin). They caught four of the bass they weighed on it, and the other on the Series 5 crankbait.

“Mainly we just kept the boat in about 10 feet of water, cast to the bank and dragged the Carolina rig out real slow,” adds True, UT Martin’s club president.

His club brought seven teams to the Open and gained a measure of respect in a sport that’s often dominated by bigger schools with much more experience in college fishing derbies. In more ways than one, it was a productive event for True, who was fishing in his third tournament in YETI FLW College Fishing competition. It also happened to be Lamastus’ second.