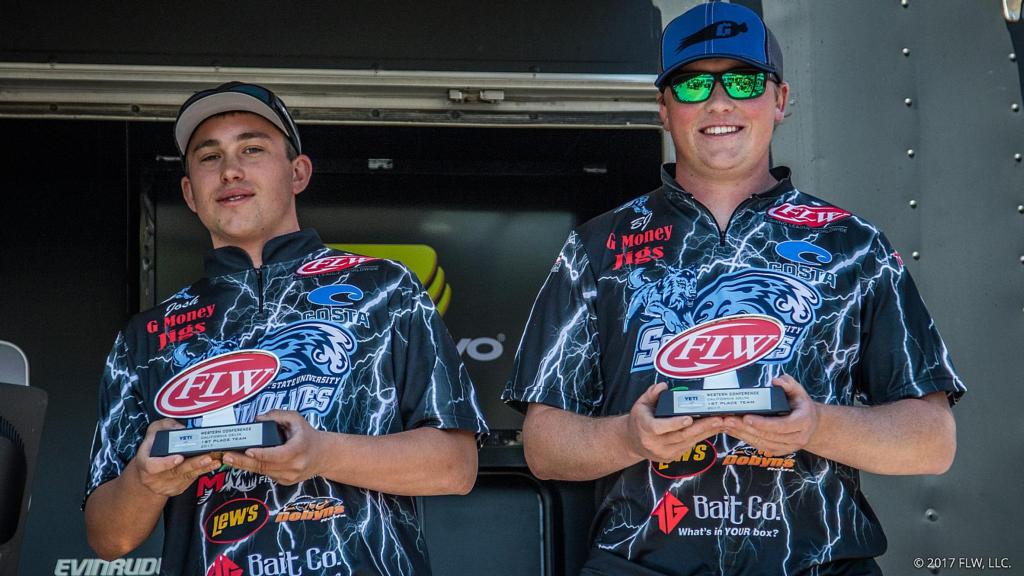 “We both fish the Delta quite a bit and we are pretty comfortable throwing finesse baits,” said Hanna, a freshman at Sonoma State. “We had a tough practice and from growing up fishing the Delta we knew that finesse fishing was going to be the deal.”

“We started out fishing an area near Mildred Island,” said Kendrick, a junior majoring in environmental studies and planning. “It was a shallow spot where fish were spawning. Josh caught a couple on a wacky-rigged Senko, but we left there with three bass in the box and decided to move to an area near Middle River.

“We fished for a while and got a couple of small ones there to fill out our limit, but at this point the tide was going out and we knew that our first area would be better in the low tide,” Kendrick continued. “So, we went back to our first spot. On one of my first casts back there I had a 6-pounder blow up on a bubble gum-colored Zoom Trick Worm.”

“The key for us was just covering a lot of water and finesse fishing,” Hanna said.

“We knew there were fish there, we just had to slow down and fish patiently to make them bite,” Kendrick added.