Postpawn tackle for early June on the Tennessee River 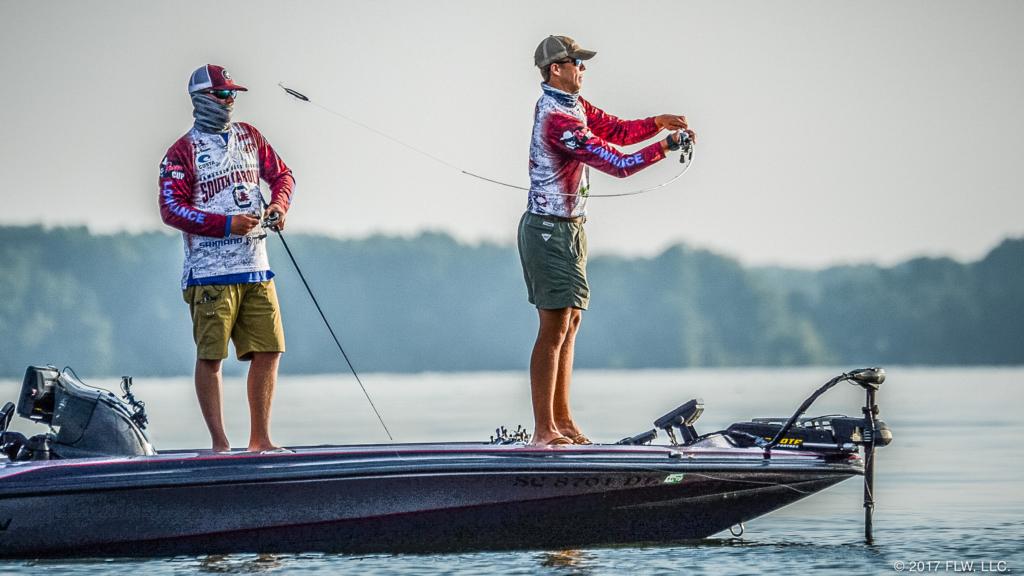 Early summer on the Tennessee River is ledge-fishing time, but Wheeler Lake – according to many anglers – doesn’t set up like its sister reservoirs on the Tennessee River chain. Bass don’t pile into mega-schools on river drops. Instead, the postspawn season can be tackled with a mish-mash of approaches, including dragging shell beds and other hard-bottom areas offshore, flipping docks, flipping and frogging grass or wood, and fishing brush.

Those are the tactics that the top 10 teams used at the YETI FLW College Fishing National Championship presented by Lowrance C-Map Genesis at Wheeler Lake. Here are the baits they used. 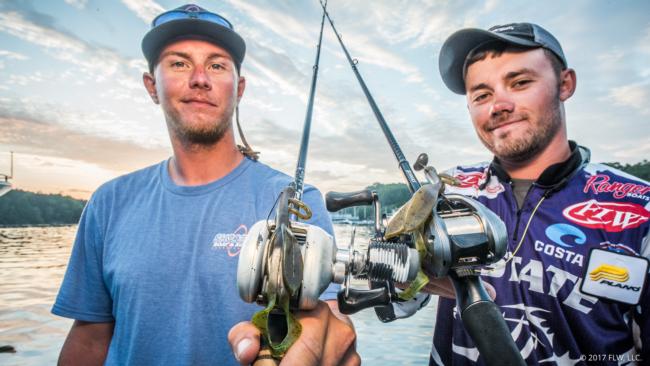 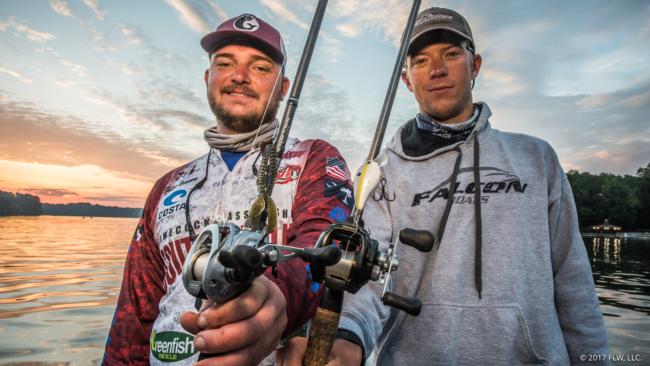 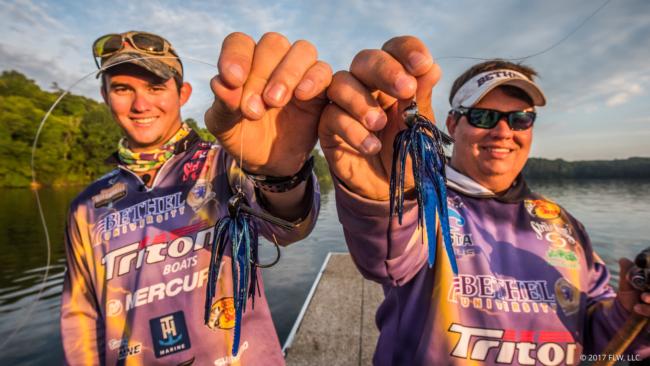 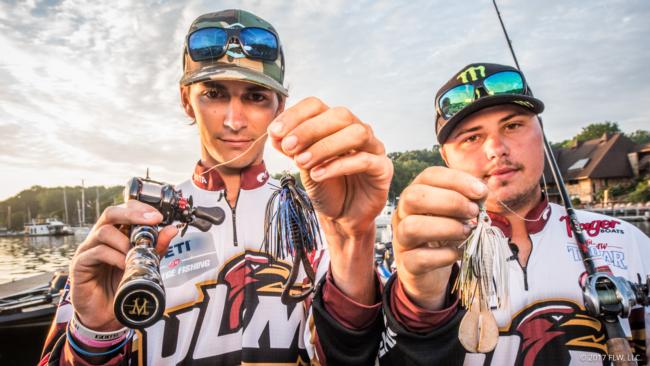 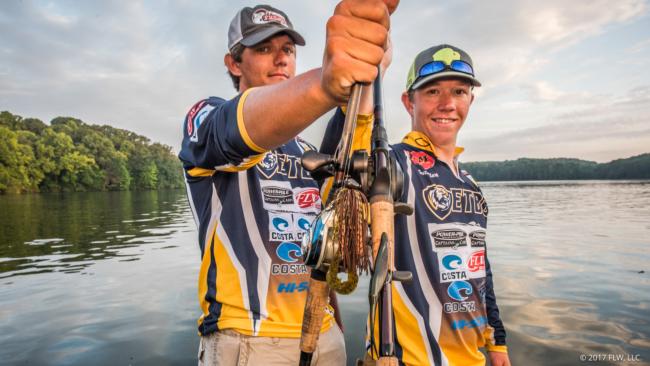 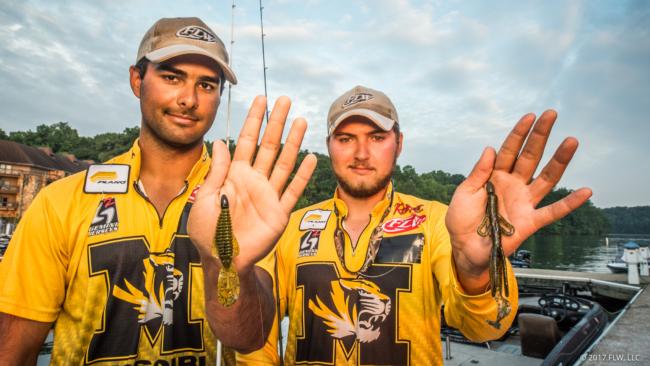 6. Missouri Tigers Gabriel Dubois and Brandon Heizer fished docks using Texas rigs with 3/8-ounce weights that were left unpegged so they could slide up and down the line. The anglers felt the extra action achieved drew more bites, though the loose weights made skipping docks more challenging. Heizer used a Zoom Brush Hog (watermelon candy) with a 4/0 hook. Dubois opted for a Strike King Rage Bug (watermelon seed) with a 3/0 hook. 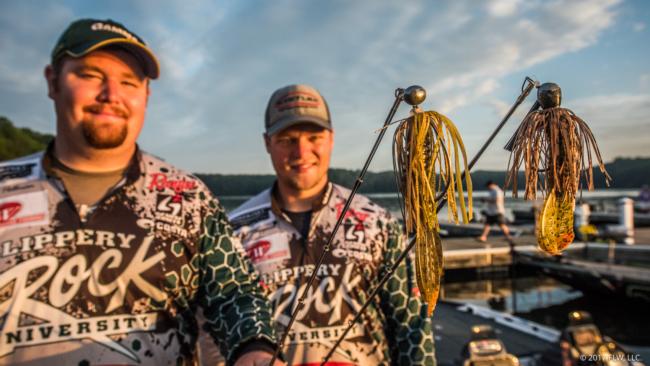 7. All the way from Pennsylvania, Logan Pollman and Tyler Sheppard of Slippery Rock University fished a Buckeye Lures swing jig and a standard jig with a Strike King Menace Grub (green pumpkin) and a Snag Proof Phat Frog (white). 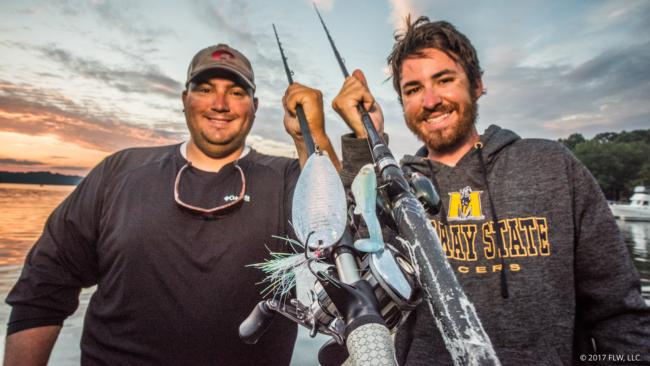 8. A Nichols Lures Ben Parker Magnum Spoon, Ignite Baits swimbait in a blueback herring pattern and morning dawn Roboworm on a drop-shot got it done for Chandler Christian and Lance Freeman of Murray State University. 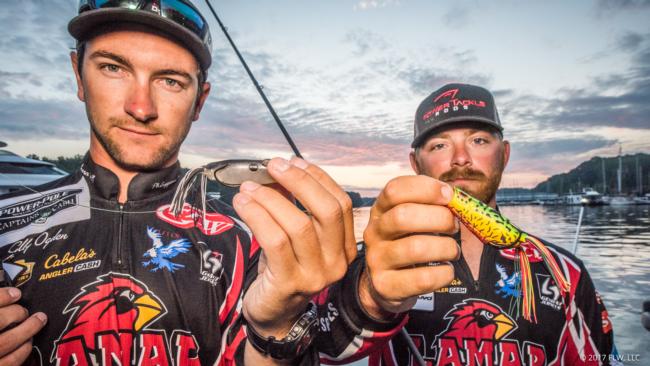 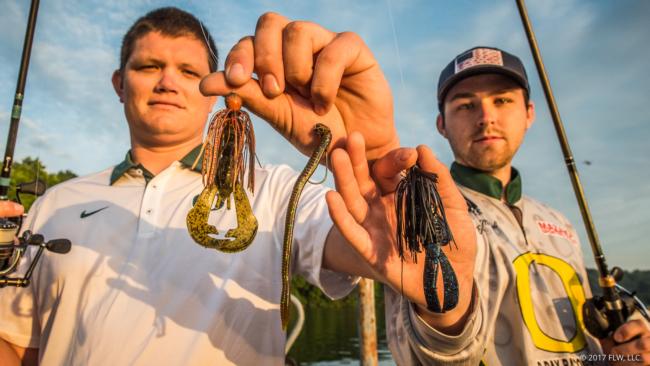 10. A variety of black-and-blue or black-and-brown jigs did most of the work for Ryan Habenicht and Daniel Marshall of the University of Oregon. Among their choices were the Dirty Jigs Luke Clausen Casting Jig and Dirty Jigs HP Flipping Jig. Their go-to trailers were a Strike King Rage Craw and Strike King Rage Bug. Other baits the team used include a Frenzy Baits Nail shaky head with a Zoom Trick Worm (green pumpkin) and a BOOYAH Pad Crasher frog.