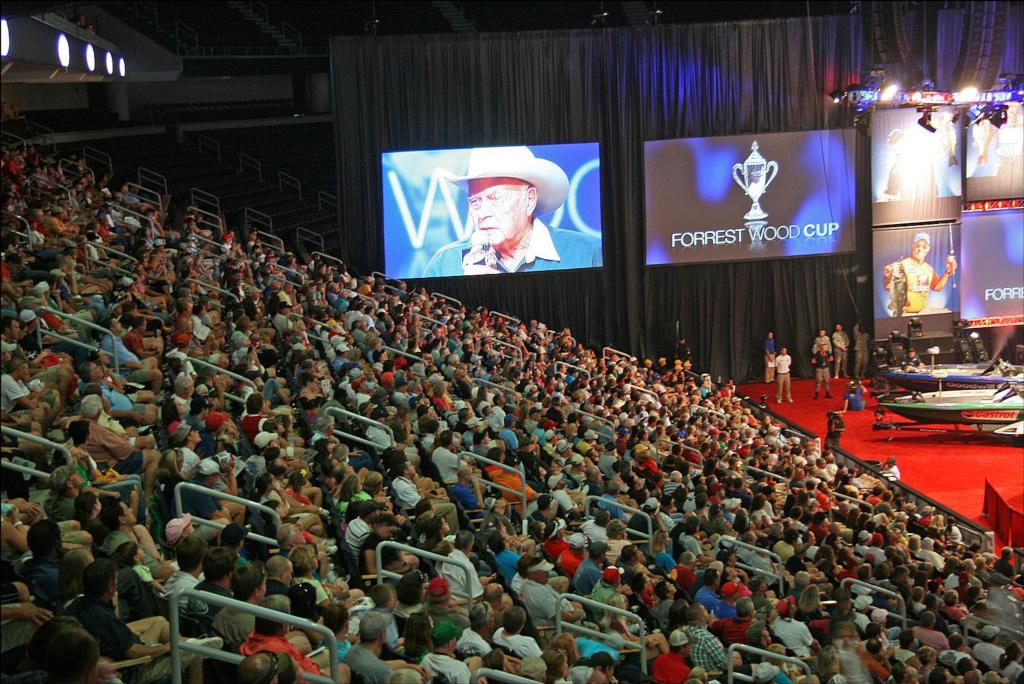 A capacity crowd listens to the words of Forrest L. Wood. Photo by David A. Brown.
July 24, 2012 • Kyle Wood and Brett Carlson • Archives

(Editor’s note: Forrest Wood Cup competitors will be featured in alphabetical order. This is the third in a five-part series.) 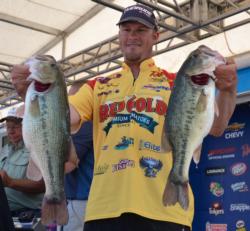 Todd Hollowell – Fishers, Ind. Todd Hollowell will be fishing in the Forrest Wood Cup for his very first time this year. He got his start with FLW back in 2002 at the BFL level. After a few years, Hollowell found victory in 2005 at a BFL on Kentucky/Barkley lakes. He then made the climb up to fishing the EverStart Central Division in 2010. The 2012 season was the young pros first try at the FLW Tour as a pro, and it yielded good results. With over $75,000 in career winnings, Hollowell has eight career top-10 finishes, and qualified for this year’s Cup by finishing 36th in the FLW Tour. 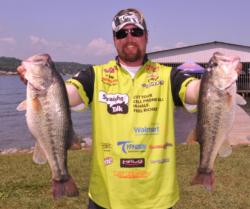 JT Kenney – Palm Bay, Fla. Straight Talk pro JT Kenney got his start fishing the BFLs back in 1998. Since that time Kenney has amassed 35 top-10 finishes among every level of FLW competition, and is over the $1 million mark in earnings. Kenney has three victories to his credit, two of which were tour level wins on Lake Okeechobee in 2002 and 2008, and the most recent was the EverStart on Lake Champlain this season. The Straight Talk pro will be attending his sixth straight Cup, seventh total, thanks to a very impressive season where he finished eighth overall on the FLW Tour. 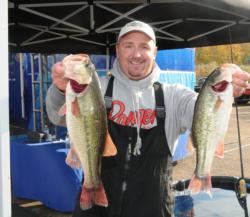 Koby Krieger – Okeechobee, Fla. With 227 events with FLW under his belt since 1996, Koby Kreiger has also followed the common trend of fishing multiple levels in the FLW world. Kreiger quickly made the jump to fishing the EverStart Series and FLW Tour in 1997. Throughout his FLW career, Kreiger has finished in the top 10 41 times. To add to that he also has four EverStart victories to his credit which include two Southeast Division wins on Lake Eufaula (2007, 2004), an EverStart Series Championship on Lake Martin (2002) and a Central Division win on Kentucky Lake in 2001. Kreiger has earned over $1.2 million so far and will be fishing in his ninth Forrest Wood Cup. He qualified for the Cup this year by his 35th place finish on the FLW Tour. 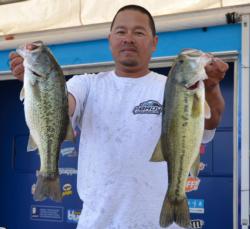 Thanh Le – Lake Havasu City, Ariz. Thanh Le is heading to his fourth Forrest Wood Cup this August. Le has been fishing the EverStart Series since 2003 and began his career on the FLW Tour in 2006. Le has seven top-10 appearances with FLW including a 2005 EverStart victory on Lake Mead, and Le is approaching the $440,000 mark in career earnings. The Arizona pro qualified for his berth in the Cup through his finish in the FLW Tour Opens from 2011. 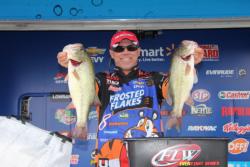 Dave Lefebre – Erie, Pa. Kellogg’s Frosted Flakes pro Dave Lefebrestarted his FLW career back in 2001 at both the BFL and EverStart level. Lefebre made the leap to the FLW Tour in 2003, and continues to show he belongs. Over his career, the Kellogg’s Frosted Flakes pro has racked up 45 top-10 finishes and earned over $1.5 million. Lefebre has five victories on his resume, a 2002 EverStart on the Mississippi River, 2002 BFL on Cayuga Lake, 2004 FLW Tour on Old Hickory, 2006 EverStart on the Potomac River and 2012 FLW Tour on Kentucky/Barkley lakes. Lefebre has qualified for the Forrest Wood Cup in every season that he has fished the FLW Tour. He made it to the 2012 Forrest Wood Cup through the 2011 FLW Tour Open standings. 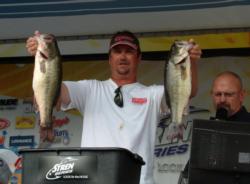 Brian Maloney – Osage Beach, Mo. Brian Maloney punched his ticket to the 2012 Forrest Wood Cup by winning the 2012 BFL All-American on the Potomac River. The win on the Potomac not only gave Maloney his only win of his FLW career, but it also gave him a check for $120,000. Maloney began his FLW career in 1998. Since then he had fished BFL, EverStart and TBF tournaments throughout the years. Among those tournaments, Maloney has four top-10 finishes, and including his BFL All-American win he has earned more than $142,000. 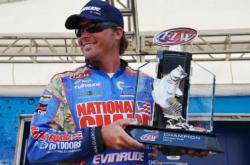 Scott Martin – Clewiston, Fla. The reigning 2011 Forrest Wood Cup Champion is making his return to try and capture back-to-back Cup titles. By making the 2012 Forrest Wood Cup, National Guard pro Scott Martin will be attending his 11th Cup in 13 years as an FLW Tour pro. Martin has fished at the BFL and EverStart level, as well as fishing in the Forrest Wood Cup as a co-angler in 1999. The National Guard pro boasts 26 top-10 finishes and over $2 million in career winnings. Aside from winning the Cup, Martin has also won five other events – 2000 FLW Tour Pascagoula River, 2004 and 2009 FLW Tour Lake Champlain, 2010 FLW Series Okeechobee and 2012 FLW Tour Potomac River. 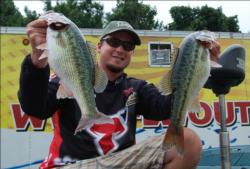 Cody Meyer – Auburn, Calif. Cody Meyer is one of bass fishing’s rising superstars. In just his third season on the FLW Tour, Meyer contended for an Angler of the Year win, ultimately finishing the year fifth. While he has yet to win a major tournament, the Auburn, Calif., pro is known as perhaps the most consistent angler on tour. In 2011, he cashed checks in all six Majors and hasn’t missed a payday since May 2011, with his career total earnings over $500,000. Two years ago, the 29-year-old Meyer took second at the Forrest Wood Cup on Lake Lanier. In fact, Meyer has qualified for three Forrest Wood Cups and has top-10d at each. With his finesse skills and a fondness for suspended, spotted bass, Meyer will once again be among a handful of favorites. 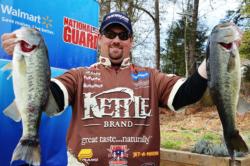 Dan Morehead – Paducah, Ky. Kettle Brand Chips pro Dan Morehead has fished the FLW Tour since it started back in 1996. Morehead is one of the few anglers who have won several tournaments at each of the FLW levels. Some of his more notable victories are, 1998 FLW Tour on Kentucky lake, 2003 FLW Tour Beaver Lake and the 2011 EverStart Series Championship on Kentucky/Barkley lakes. It was his EverStart Championship win that landed him in the 2012 Forrest Wood Cup field, which marks his 12th time to the Cup. Morehead has fished 211 FLW events, made 33 top-10s, and won a total of 10 tournaments. To add to the long list of accomplishments of the Kettle Brand Chips pro – including over $1.3 million in winnings – Morehead has also won the Angler of the Year title in 2003.