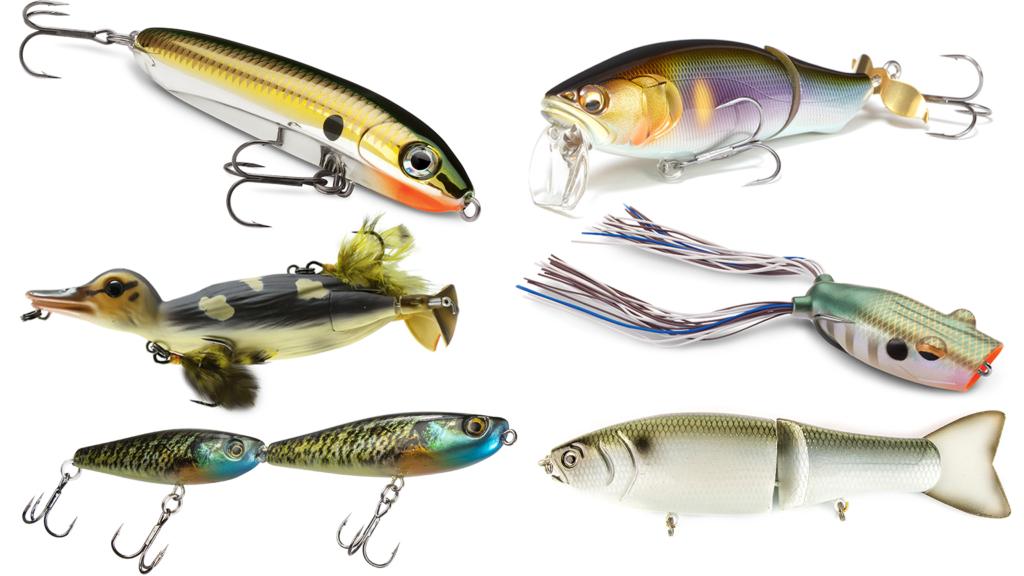 The doors to ICAST don’t open until next week, when everyone gets out on the showroom floor in Orlando, Fla., but there are already plenty of snippets of information available. FLW’s media crew will be there in full force to bring you coverage of the hottest new products, as well as the annual New Product Showcase awards. For now, take a gander at some of the early birds. 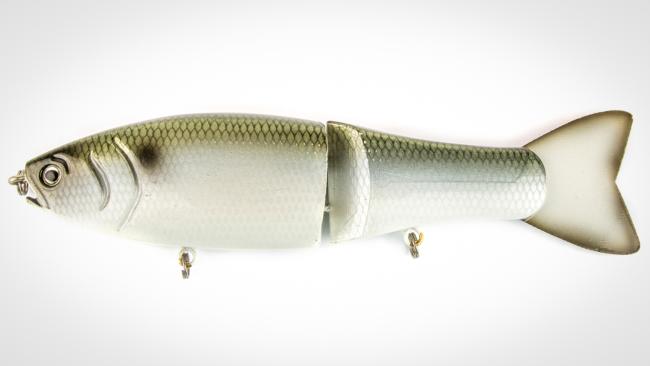 This new glide bait was designed and tested with the help of FLW Tour Pro, Wesley Strader. The jointed lure is concocted of rosin that imitates the buoyancy of Jelutong wood, which PH Customs says allows the lure to perform wide sweeping glides or slow walks and sink gradually when still.
MSRP: $90.00
phcustomlures.myshopify.com 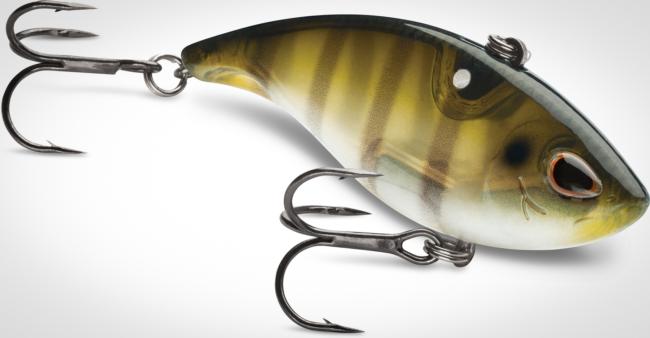 The Arashi lineup has incorporated a unique self-tuning line tie for a bit now, and the technology is the centerpiece of the Rattling Vibe’s design. Storm says that overall, the bait has a more subtle rattle and vibration than other lipless baits on the market. The 2-3/4-inch, 9/16-ounce Vibe will be available in 14 colors.

Designed to walk, the Rapala Skitter V has a deeper keel than other walking baits which Rapala says will give it a unique cutting action. The 4-inch, 1/2-ounce lure will be available in 10 colors.

Designed as a complement to the Terminator Walking Frog, Terminator says the Popping Frog is made with the widest gap hook that VMC can provide and includes a rear weighting system to for better casting. Per Terminator, the frog will spit and pop as well as walk right out of the package.

The LUNKERHUNT Link is a new take on the walk-the-dog style topwater lure. The design goes beyond mere being jointed and is more or less two lures linked together. With baitfish and serpent body builds available and finishes to match, the LUNKERHUNT says the overall presentation can vary from chasing shad to a slow serpentine stroll. 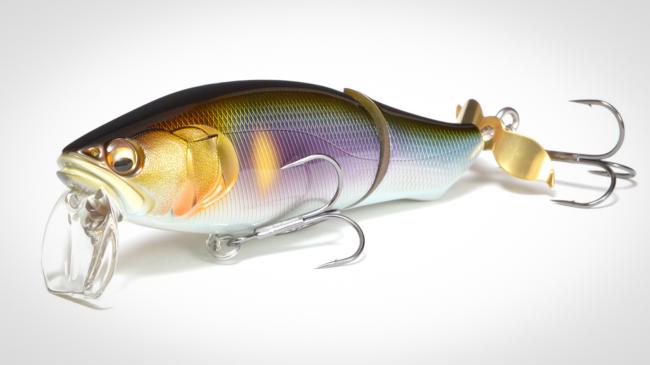 This fusion between a wake bait and prop bait incorporates Megabass’s Rudder Action Balancer System that emits a knocking sound as it throws its weight side to side. With additional noise from the jointed body and the prop, the whole package ought to make a lot of commotion.
MSRP: $29.99
Buy it 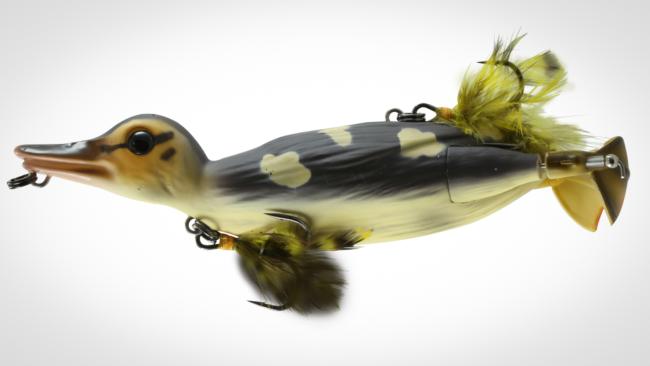 The 3D scanned and printed duck with paddling feet was designed by Savage Gear to make a commotion both on the water and on the showroom floor. A topwater duck is nothing too new to the industry, however, one with a sprawled out body that mimics a fleeing waterfowl is a new take on the classic model. The 3D Suicide Duck will be available 6- and 4 1/4-inch sizes and three introductory colors.
MSRP: 16.99 to 19.99 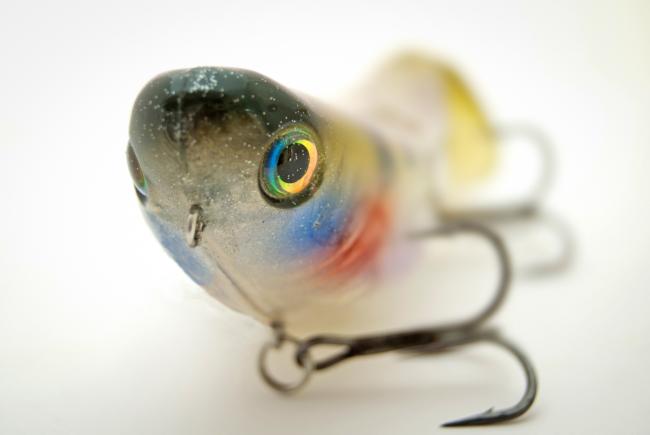 New this year from the Rat-L-Trap master manufacturer is the StutterStep topwater. Bill Lewis says said that the 1-ounce, 5-inch lure has a wobbling/waking action on a steady retrieve and can be spun a full 180 degrees with the twitch of a tip. In addition to action on the move, the bait can supposedly be paused near cover and walked in place. 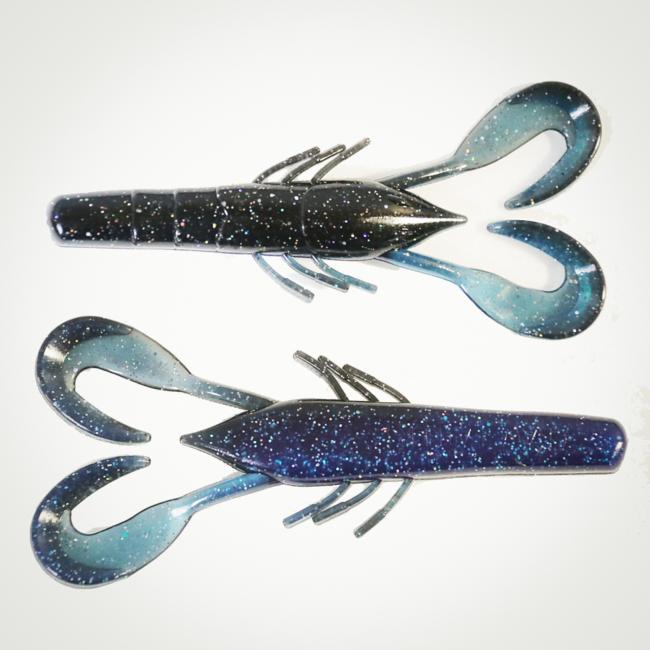 Missile Baits is adding to their line with the Craw Father this year at ICAST. The 3 1/2-inch craw is compact and was designed for a wide variety of riggings and applications. This lure may be new to the eyes of the public, but pros like Mark Daniels Jr. have already been test driving this craw thought this year with success.
MSRP: $3.99
Buy it

A new series of fiberglass rods from St. Croix makes the leap from their Legend line of graphite rods to ones that are now able to handle all sizes of crankbaits. The new series is designed to eliminate all transitional points in the rod blank through the incorporation of linear S-Glass blanks built on St. Croix’s exclusive Integrated Poly Curve (IPC)-engineered mandrels. 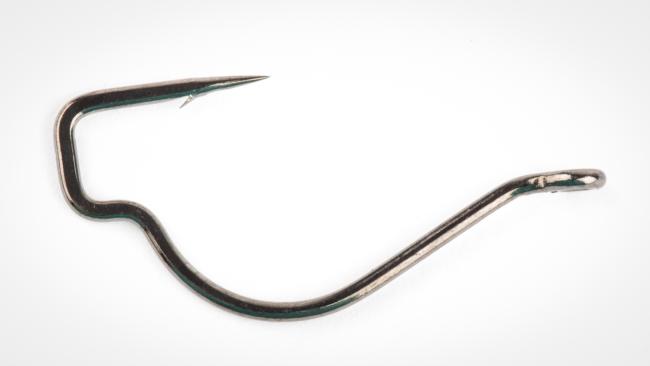 According to Trapper, the same patented hook design that helps keep soft plastics or live bait rigged securely also doubles as a major fish lip obstacle – meaning once the fish is locked in the “trapper box,” the odds of it spitting the hook decrease significantly. Out on the market with bigger hooks for some time, Trapper is introducing lighter more finesse versions this year.
MSRP: $3.14 per pack (6 hooks)
trappertackle.com 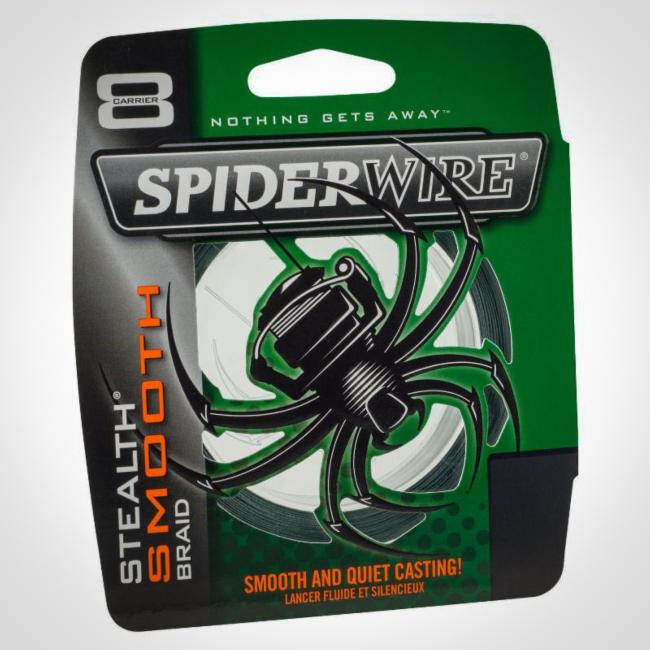 SpiderWire says that Stealth Smooth was developed to meet demand for longer-casting braided lines. Stealth Smooth supposedly does that with eight strands woven together for maximum smoothness and a thin coating of microcrystalline polymer. Spider Wire says in addition to smooth casts, the new line will also work with nearly any knot. 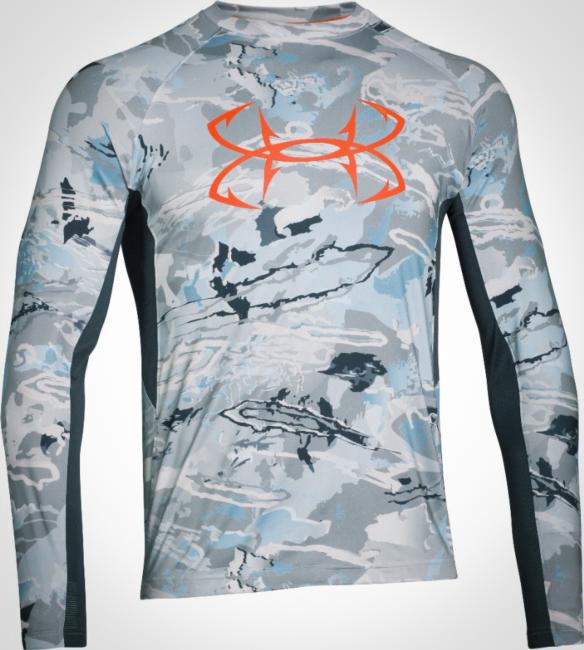 Under Armour’s new CoolSwitch uses the same technologies found in NASA spacesuits to help us terrestrials combat extreme heat while enjoying the outdoors. According to Under Armour, the new product collection has a “crystal” pattern integrated into the clothing, which includes three cooling components that work together to draw heat away from your skin for immediate cooling. CoolSwitch is available in long sleeve and short sleeve shirts, hoodies, gloves and neck gaiters for men, women, boys and girls.

Frabill’s new three-part Weigh Bag System is made up of a soft weigh bag, a removable interior mesh bag, and a portable aerator. The exterior shell is designed with internal reinforcing stands so it will stand up on its own even when filled to the max with more than 11 gallons of water. Its individual components will be available separately, or as an assembled system.
MSRP: $79.99
frabill.com 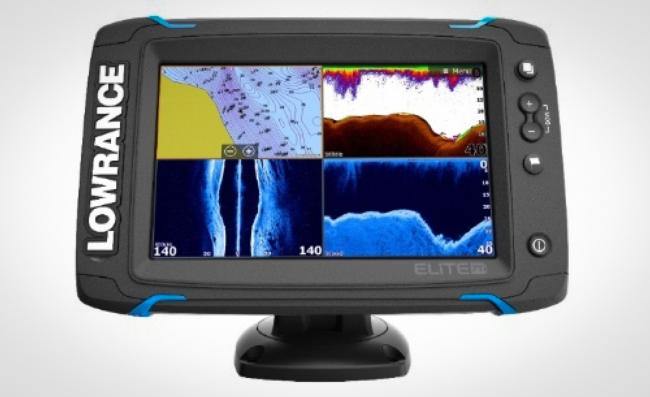 This 7-inch touchscreen Unit has many of the same features as high-end units, but at a considerably lower price. It’s already been the one of the best selling fishfinder and chartplotter models of 2016 because of its integrated wireless connectivity, SmartSteer technology, autopilot control of MotorGuide Xi5 trolling motor and support for the all-in-one TotalScan transducer, which allows anglers to have Broadband Sounder, CHIRP Sonar and StructureScan HD with SideScan and DownScan imaging all integrated into one transducer.
MSRP: $649.00
Buy it

An acronym for man overboard, the wireless kill switch system by Fell Marine is designed with safety in mind. The system automatically kills the engine if the boater falls over board and allows any remaining passengers to restart the engine after six seconds. The system can be installed in any boat with any engine with simple plug-and-play connections.
MSRP: $179.00
fellmarine.com