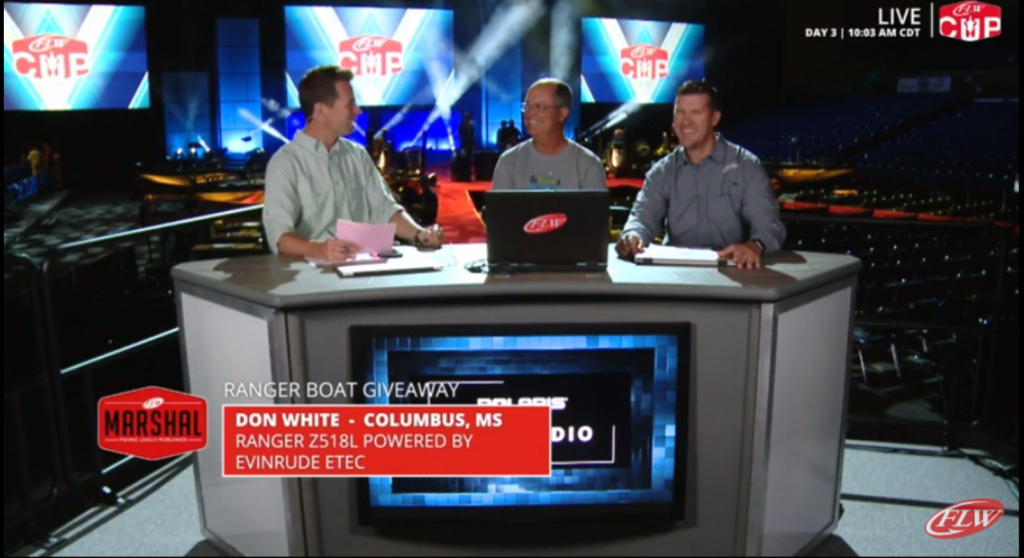 Marshal Don White of Columbus, Mississippi, was announced as the first-ever winner of a brand new Ranger Z518L bass boat powered by a 200-horsepower Evinrude outboard motor courtesy of the 2019 FLW Marshal Program.

White marshaled for two events during the FLW Tour season – the FLW Tour at Lake Chickamauga and the FLW Cup at Lake Hamilton, earning himself four entries into the random drawing. A total of 683 marshals were entered into the drawing.

White was announced as the winner on the day three broadcast of FLW Live at the FLW Cup on Lake Hamilton.  The appearance can be seen below.