Checking in with Walters After the Cup 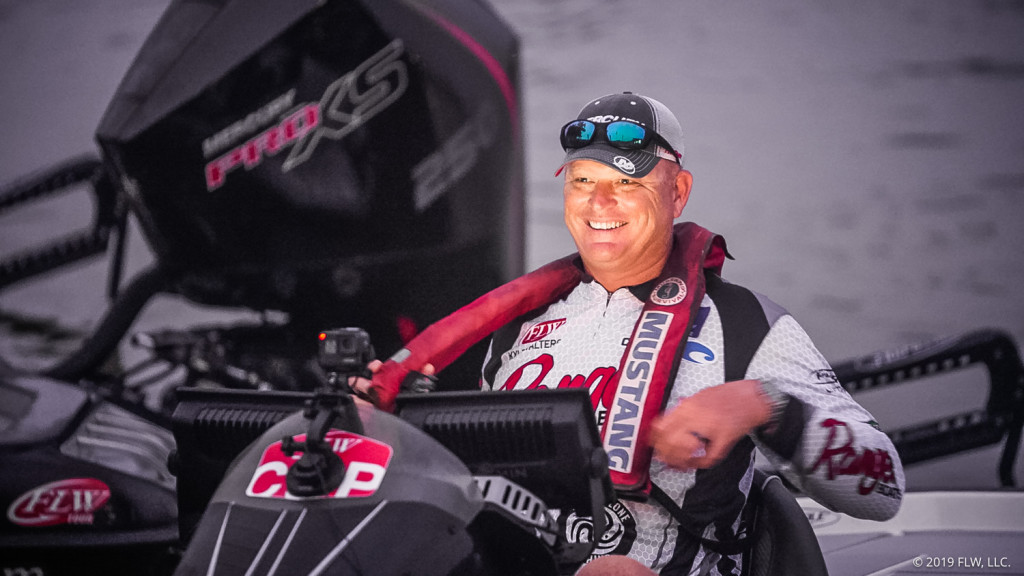 Kyle Walters punched his ticket to the 2019 FLW Cup by virtue of a Costa FLW Series Championship victory on Lake Guntersville last November. All he did with it is finish second to the best bass angler on the planet in Bryan Thrift on Lake Hamilton.

Walters, 41, of Grant Valkaria, Fla., is getting back to business as usual following his remarkable Cup showing, and we checked in with him to find out what his experience in Hot Springs was like and what’s on tap for the future – including a possible FLW Tour career.

How has life changed for you since the Cup? Or has anything changed at all?

It’s back to life as usual. It was a little hectic for the first couple weeks – lots of interviews, podcasts, fun stuff – but it’s kind of settled down now. Back to normal.

How long did it take for your second-place finish at the Cup to really sink in?

Probably about a week after I got home. It was a two-day drive home. I got home and had to get situated with being gone for so long. By that weekend, I was able to have some friends over, watch the football game, kind of enjoy what had happened and hear the stories about everybody watching [FLW] Live.

Looking back now, and I guess maybe projecting into the future a bit, are you going to reflect on that second-place finish thinking about the “what-ifs,” or is it all going to be good feelings about having such a great tournament on the biggest stage?

On the drive home I thought about what-ifs. What if I’d have tried a different bait, or what if I’d have fished a little different, or what if I’d have looked for schoolers? No one’s ever won it twice, and it’s one of those things you’re just not in position to win on the final day all the time. So the what-ifs definitely came into play, but I didn’t dwell on it too much. I just said, “Well, I’ll be somewhat happy with the way I fished because I fished to win the tournament,” so I can’t really second-guess the way I do things. 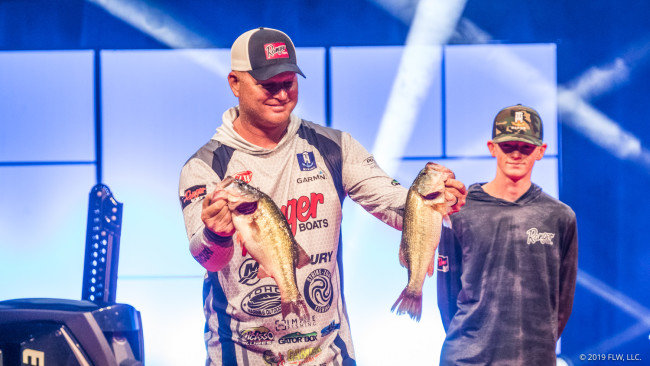 For my money, maybe the most exciting on-the-water moment of the entire tournament was your double-up on day two. You can really see and hear your excitement in the video of that catch. How cool of a moment was that?

That was a lot of fun. I didn’t even get to watch the video in full until I got home, and it was fun to watch. The other day I was going through some videos, and it popped up on the internet, and I was like, “Oh, cool, I’ll watch it again.” That was fun. It was exciting for me. I think it’ll go down as one of the most memorable catches of my lifetime for me, I’m sure.

Is that the biggest double you’ve ever caught?

Where are you headed next? Do you have any tournaments or fishing trips lined up?

I typically don’t fish in the fall too much. My season ends with whatever that championship ends up being. I do from time to time, but I like to deer hunt, so I’ll get into some deer hunting and then make some decisions on next year when all the schedules come out. I’m anxiously waiting to see what schedules are there, what tournaments, when you can sign up and make a decision about what to fish next year.

Where do you deer hunt?

Oklahoma. I hunt with Jason Christie, so I’m looking forward to my hunting trip with him.

How long have you guys been doing that together? 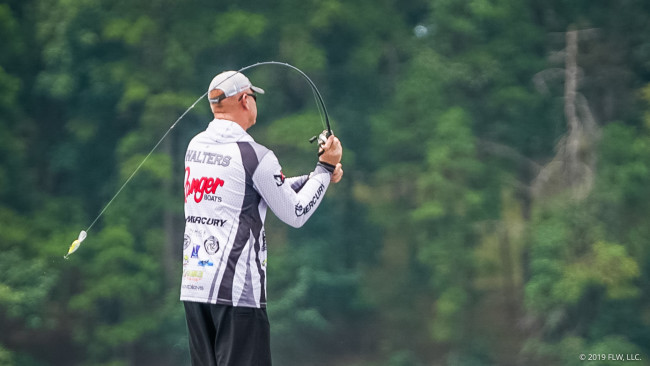 Do you have any new feelings about maybe pursuing a Tour career sometime in the near future?

I do. That is definitely something that is possibly in the works for next year. I haven’t secured everything I want to do it yet, but it’s definitely in the cards.

What’s changed in your mindset since you last talked about it? I know family is super important to you, and spending time with them has been one of the things that’s been holding you up a bit. So what’s changed, if anything?

I think with the momentum of the [Costa FLW Series Championship] win and then the Cup, it might just be a good time to wet my feet with that. I haven’t 100 percent decided either way.

That’s kind of where my mind is. I’ll re-evaluate once the sign-ups come and I take an actual look at the entire schedule. But I am excited about the Costa schedule as well and possibly going that route again, and the BFLs, so those are my options. I have to give all of those up to fish the Tour, or do I stay back and do this?

You and JT Kenney are pretty good friends, right? You’re 6-7, so what’s it like fishing with someone who can almost see eye-to-eye with you?

It’s a lot less awkward than me fishing with a short guy.

Have you guys been fishing together much lately?

Did you get any? What do you usually do if you catch a big tuna?

We did. We eat it. We divide it among ourselves, give it away, but we do go for food, that’s for sure.

Do you do a lot of offshore saltwater fishing?

We do. Not a whole ton, but we do. When we’re not bass fishing, we like to saltwater fish. We do inshore and offshore.

If you’re not catching bass in the biggest tournament on the planet, what kind of fishing do you like most?

You’re in the right place for that.

Yeah, definitely. We really enjoy snook fishing. One of the reasons I don’t bass fish a lot in the fall is we do have inshore tournaments that I fish a lot.

If you don’t end up deciding to pursue a Tour career in the near future and we don’t see you at the Cup next year – because, obviously, I’m sure you’d pick yourself – who’s your pick to win the 2020 Cup if it’s not you?

John Cox, because he’s a Florida guy and I like him. He’s a good fisherman; he’s a good all-around fisherman. If you don’t have him in your top five in any big tournament, I think you’re missing out.

You’re absolutely right about that. I’m surprised you didn’t say Bryan Thrift, though.

It’ll be him or Bryan. I think it’s probably harder to win back-to-back than it is a couple years later. Now, two years from now I might say Bryan Thrift. But we’ll give him a year to not have the weight on his shoulders. 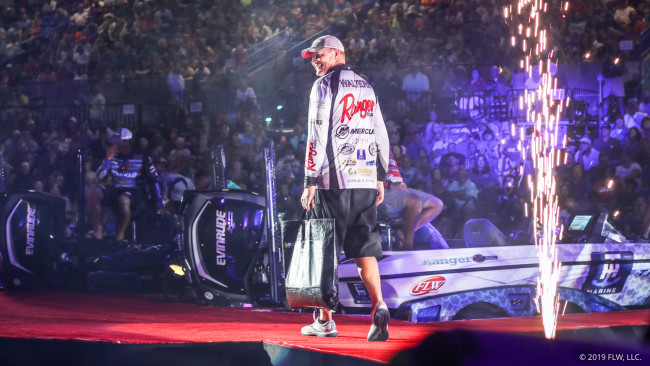 Hopefully if I ask you that question next year you’ll say you.

That’s what I’m hoping for.