Hough is Fighting to Fish 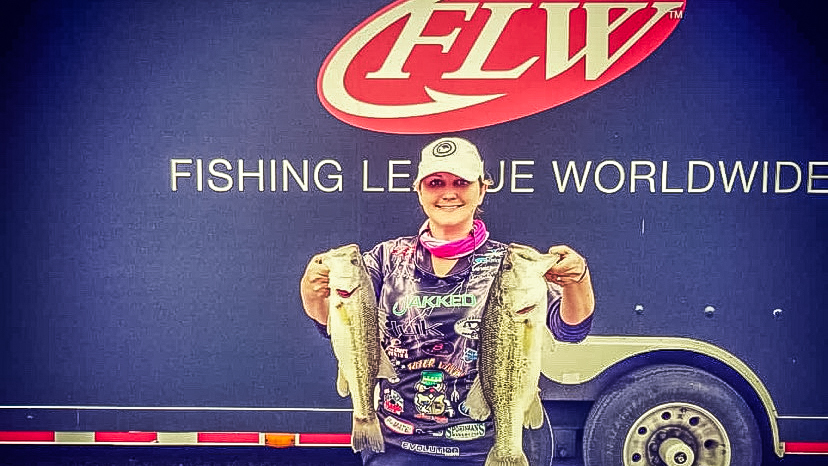 Fishing just her second full season as a co-angler in the T-H Marine FLW Bass Fishing League (BFL) South Carolina Division, mother of two and first-grade teacher Kate Hough was planning and preparing for a chance to do something no woman has ever done in her division: win Co-Angler of the Year. Instead of preparing for the Super Tournament on Lake Hartwell on Sept. 28, however, Hough is simply fighting to leave her hospital bed.

On Sept. 11, Hough began feeling a tingling sensation (and eventually numbness) in her feet. She thought little of it, but the numbness gradually travelled up her legs, prompting her to seek medical attention.

“I went to the doctor, and the doctor sent me straight to the emergency room,” says Hough, who was just 10 minutes removed from a procedure to insert a port in her chest to allow for direct injection of steroids and antibiotics. “They’ve been doing countless tests, and they don’t have exact answers, but they do know I have swelling in my spinal cord and that’s been causing the paralysis. I have fluid around my brain, and they’re not sure … it could be fixed in a couple weeks; it could be fixed in a couple months.”

Months – or even weeks – might be too long for Hough to stomach. She’s on a mission. She wants to be the first woman to win Co-Angler of the Year in the division, and her determination might still get her to Hartwell next weekend.

Angling for a cause

Hough wants to prove women belong in the sport of bass fishing. She’s heard many times throughout her life that competitive fishing is a man’s game, but that’s only served to motivate her even more.

“I’m just trying to encourage women to get out there and fish,” she says. “This brings another challenge, but hopefully I can encourage people that no matter your challenges, you keep working and reach your goals.” 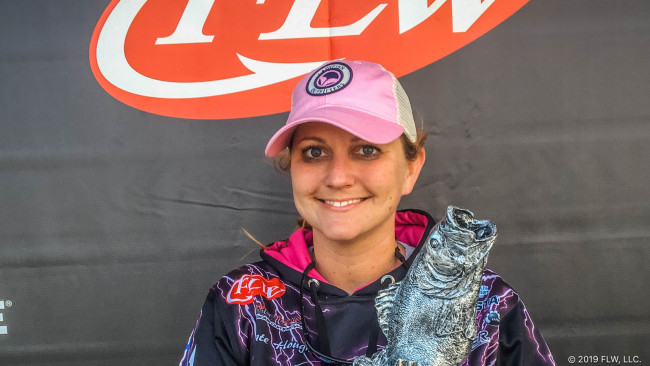 Make no mistake, though, Hough loves to fish. She’s been hooked since she caught her first largemouth bass while fishing in a small pond in South Carolina as a child. In fact, fishing is what introduced her to her biggest supporter and future husband, Jeffrey Borné, who fishes the South Carolina Division as a boater.

“Me and Kate met three years ago because of fishing and have been inseparable ever since,” Borné says. “She’s my fiancée. She’s my whole world.”

“Jeffrey and I have the same passion,” adds Hough. “He’s on the pro side, and I’m on the co side, but we still try to compete against each other. We support each other 100 percent. He’s my biggest supporter.”

So much so that Borné has hardly left Hough’s side since she was admitted to the hospital a week ago. He’s there to make sure that, one way or another, Hough is in the back of the boat on Lake Hartwell at the end of the month.

A season to remember 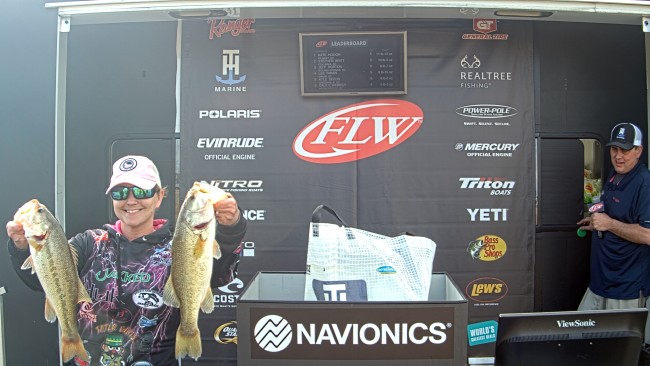 With a 17-point lead in the co-angler standings heading into the Super Tournament, it’s difficult for Hough to concede to circumstances. She simply won’t accept not being out on the water to finish the job.

“My goal is recovery so I can try and reach my goal of being the first female COY for the South Carolina Division,” she says. “Everybody in my circle knows how much I love to fish. They know how much I want to be on the water and support FLW.”

“I really, really hope this is not taken from her,” adds Borné. “It would mean the world to her to have the chance to accomplish her goal.”

And while transverse myelitis (the technical term for the doctors’ diagnosis of her condition) is standing in her way, Hough won’t stop fighting to get out of the hospital and back on the water.

When Hough does leave the hospital – whether before or after Hartwell – she’ll return to her life as a mother and a teacher. Both professions offer Hough opportunities to pass along her love of fishing to young people.

“I’ve always got my tackle bag in my car,” she says. “If there are kids talking about wanting to go fish, I’ll try to hook them up with some kind of a bait. I love to see kids fishing instead of playing video games.”

Hough has been molding young minds for 15 years. She teaches at Red Bank Elementary in Lexington County, S.C., and she’s always looking for opportunities to get young people into the sport and also keepthem interested in it. She’s even partnered with South Carolina high school fishing organizations for benefit tournaments to keep those programs running strong.

It’s all in the interest of inclusion in a sport that has brought her so much joy – something she’s hoping for a little more of before the end of the month.

“I think it’s going to have a happy ending, because I know what kind of person she is,” Borné adds. “We’re not giving up hope on it.”

Against all odds, Hough was released from the hospital last Wednesday, just in time to make it to Hartwell for the BFL regular season finale. She managed to weigh in three fish for 2 pounds, 15 ounces, which was good enough for 28th place and completion of her goal: to win Co-angler of the Year (edging out Bobby McDonald by just five points). Had Hough not been able to fish in the tournament, McDonald would have had enough points to take home the title.

Hough isn't out of the woods yet – she has to return for an MRI in four weeks to make sure tumors haven't developed, and doctors are unsure if she'll ever have full strength back in her legs and feet – but, for now, winning COY is more than enough to make the road to full recovery a little less daunting.

"I'm just ecstatic that I was able to set a goal this year in my second full season to achieve COY and achieve it," she says. "I want to thank my family, friends, coworkers and the fishing community for their encouragement. I hope that my perseverance this year, especially through my unexpected health challenges, can encourage others to chase and achieve their dreams."

Hough has a GoFundMe page to help pay for her medical bills. If you’re interested in donating, please follow this link.