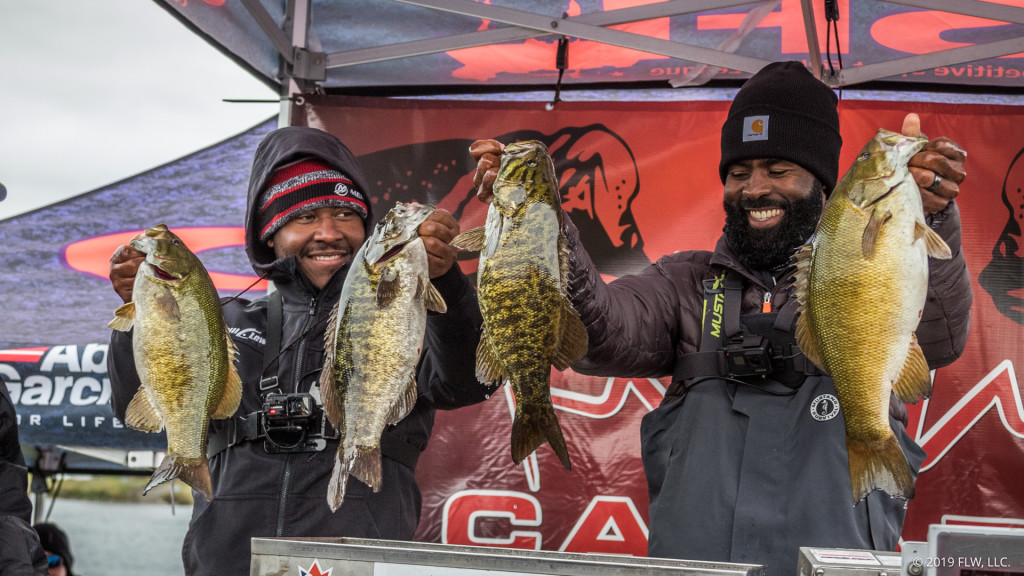 Brian Latimer and Mark Daniels Jr. are best friends off the water, and it looks like they’ve got the makings of a deadly team on the water. Weighing five smallmouths for 21.16 pounds in the first session and 23.92 pounds in the second session, the pair totaled 45.08 pounds to win the individual competition in the Pan American Bass Championship on Lake St. Francis. 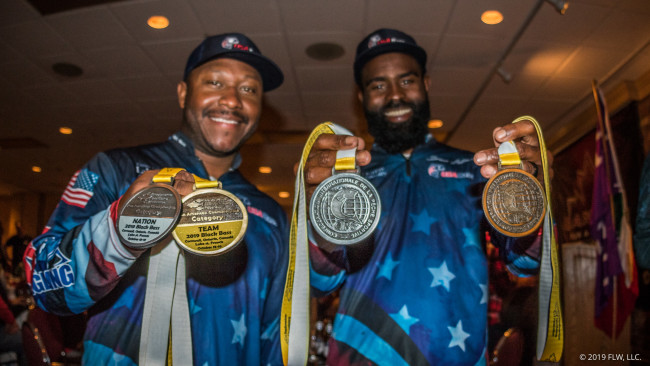 Latimer got a few days of practice in, but Daniels basically hopped off a plane and into a boat for the final day of official practice. The duo ended up fishing an area that Latimer found early in practice, which was actually where most of the field fished.

“The key was milfoil flats with isolated sand and rock holes,” says Daniels. “If you could find the smaller holes sometimes that would be better, more beneficial, because guys couldn’t see them as good. With how dark it was, everybody was hitting those big holes. So, we started looking for those smaller holes and also venturing out a bit to the edges to about 8 to 10 feet, looking for those deeper holes.”

Throwing a Z-Man Finesse TRD on a Ned rig or a Finesse WormZ on a drop-shot, the pair used 7- and 8-pound test leaders and loaded the boat. 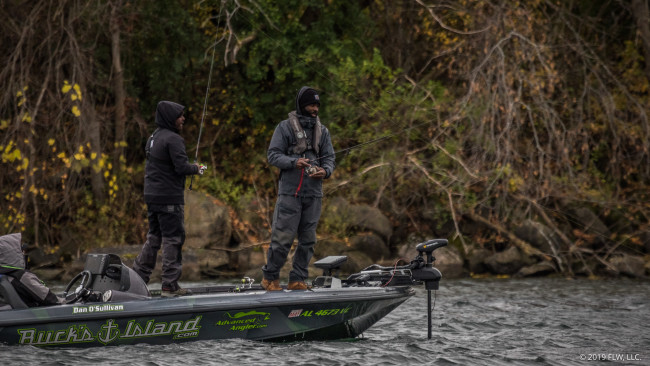 In addition to the locations and the baits, the two figured out that the presentation was also important.

“You needed to put a good cast on it, you couldn’t get too close,” says Daniels.

“It’s funny, when it was sunny in practice I was just plunking around getting bit,” says Latimer. “Today, if you didn’t make a long cast you didn’t get bit.”

With the first day of competition canceled due to bad weather, all the teams fished for four hours in the morning, weighed-in, and then went back out. Considering that, some of the weight totals are downright astonishing.

“That was fun,” says Latimer of the format. “I was worried about it a little bit, but it was fun. It made it easy because the fish were not that far away, and it was almost like having a day off on the Tour. You went out and fished and came in and started to think about what happened and re-engineered a plan and go back out and execute.” 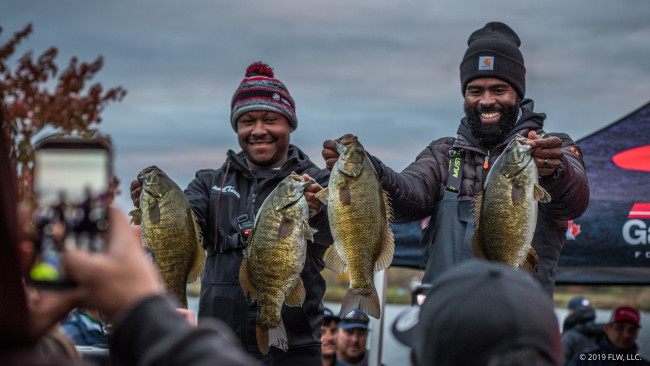 Both Daniels and Latimer have had big wins at the pro level in recent years, but this was special.

“We do this to win, all the tournaments we’re in, I don’t care if we're fishing for peanuts, marbles, it doesn’t matter, we wanna win,” says Daniels. “That’s one thing. But when you get to win with your best friend, who you never get to fish with, that was the icing on the cake. I’m elated, man. From what I hear these are the best that Canada and First Nations and Mexico had to offer, and we had to beat our team too. It’s a big deal, no doubt.”

Getting to fish for team and country was also unique, and Latimer relished it.

“That was the best part about it,” says Latimer. “I started off fishing for myself, and now I get to represent my country with a fishing rod. I had no idea when I was running around in a 12-foot aluminum johnboat that I would one day have a rod in my hand representing my country.”