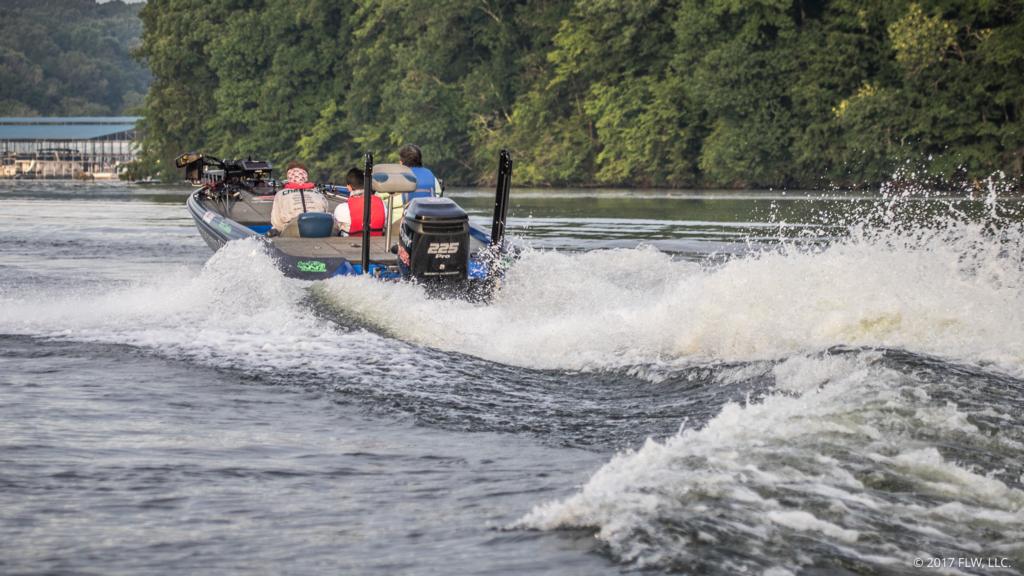 “Championship week” concludes today in north Alabama, beginning with the TBF/FLW High School Fishing National Championship on Wheeler Lake. The one-day tournament, which pits 13 qualifiers from 2016 Student Angler Federation High School Fishing Conference Championships against one another, kicked off at Joe Wheeler State Park this morning at 6:30 a.m. CT. Many of the teams are fishing from brand-new Ranger fishing crafts provided by FLW and Ranger Boats.

Each team consists of two high school anglers and an adult boat captain. Each team can weigh a combined five-fish limit. They’ll weigh ’em at 3 p.m. CT at McFarland Park in Florence, Ala., prior to the YETI FLW College Fishing Fish-Off weigh-in and the final weigh-in of the T-H Marine FLW Bass Fishing League All-American.

The tournament, which is hosted by Florence/Lauderdale Tourism, features a top prize of a $10,000 scholarship, to be split between both members of the winning team.

Teams launched under partly cloudy skies with light winds from the east and a pleasant mid-60s air temperature. The forecast is for a warm and humid day, with highs reaching into the mid-80s. Basically, the conditions are identical to those of the YETI FLW College Fishing National Championship that concluded on Wheeler yesterday. We an expect the high school teams to use similar strategies as what worked in the college tournament, including fishing offshore structure, docks and brush piles on the main lake or in larger creeks.

The weigh-in will air at FLWFishing.com via FLW Live.

Note: A second 2017 championship event will be held June 27-July 1 at Pickwick. Contestants in that event qualify via 2017 season tournaments.