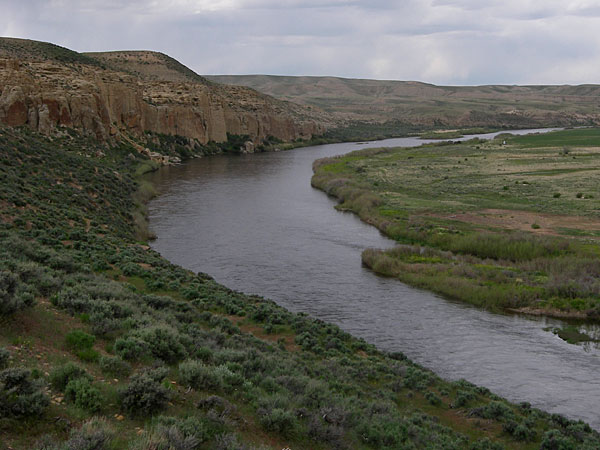 Somebody apparently stocked largemouth bass into the North Platte River, and the Wyoming Game and Fish Department is out to catch the culprit. The department is offering a reward of $2,500 for information leading to the arrest and conviction of the person who released largemouths into the river at Gray Reef Dam.

The discovery of the exotic species in the river came when biologists found two 10-inch bass while electro-fishing below the dam. Al Conder, a fisheries supervisor for the Casper Region, says the nearest population of largemouths in the North Platte River drainage previously was a pond near Glenrock, more than 70 miles downstream. He notes that the bass could have been stocked in the river below the dam, or in Gray Reef Reservoir.

Biologists say that bass pose a threat to native populations of cutthroat and rainbow trout, and walleye in the North Platte.