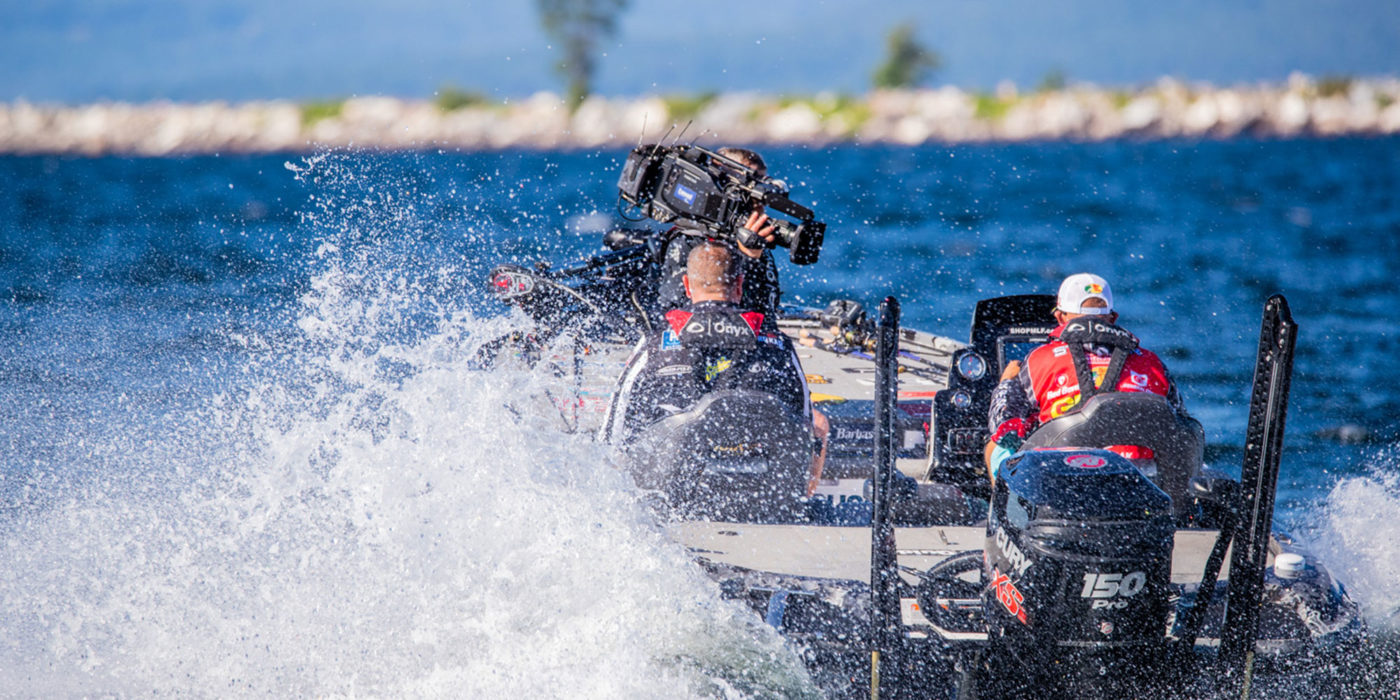 The Challenge Select Sudden Death Round 2 airs Saturday, April 27 from 2-4 p.m. on the Outdoor Channel.

COLCHESTER, Vt. – During his illustrious pro fishing career, Randy Howell has been coming to Lake Champlain for bass tournaments since 1999. He has literally lost track of how many times he has fished at Champlain over the years. After all those trips to the northeast, he has fished almost every section of the famed fishery, including Malletts Bay, the site of the Sudden Death round in the Major Leauge Fishing Challenge Select.

“This bay has plenty of fish in it, but it’s never much of a player in the other tours where it’s a five-fish game,” Howell said. “I’ve fished in here before, but it just doesn’t have the quality of fish like you find up north or way down south, so you never really hear about it much during other tournaments.

“But it really is a great place to catch numbers of fish, both largemouth and smallmouth. I figured we might end up coming here this week because it makes a perfect zone. I’m sure this is probably where they had Sudden Death yesterday, too, and they whole field was back at the hotel pretty early so 28 pounds likely is not going to be hard to reach. My guess is a few guys found a pile of smallmouth and raced up the leaderboard pretty quick.”

As Howell continued to verbalize his thoughts while studying the zone map, he was like a hound dog hot on the trail to formulating a plan.

“That big railroad trestle out there closes this bay in,” he said. “And if I remember correctly, it’s got a couple of those blow-throughs in it. Those are kinds of places that can put a man out pretty quick. I wonder how the boundary is determined in terms of those blow-throughs. That’s something I need to find out about right now.”

Plenty of Options in Malletts Bay

Like Howell, MLF Select pro Wesley Strader has been to Champlain numerous times as well. He, too, had spent some time inside Malletts Bay over the years.

“This bay has plenty of stuff to fish,” Strader said. “Almost too much. You got bridges, blow throughs, marinas, sailboats, grass lines, feeder creeks, riprap, reefs and shoals. It’s got largemouth and plenty of smallmouth, too.  With so many options, you can get sidetracked here pretty easily.”

Given the options, Strader says he wishes the cut weight was actually 40 pounds.

“I say that because if I start on the wrong place, with a 40-pound cut weight I might have time to right the ship and catch up,” he added. “But with a 28-pound cut weight, anyone who lands on the right spot in this zone – and there are lots of right spots – will be out of here fast.”

A few boats down, Marty Robinson was repurposing fishing tackle.

“I don’t have many tube heads with me so I’m having to modify some swimbait heads into tube heads,” he said with a laugh.

“The smallies treated me pretty well the other day, so I might as well stick with them,” Robinson said. “I caught 62 pounds the other day and need 28 to advance today, so I’m going to dance with the one that brought me. It just seems like if you can land on a wad of smallmouth here, it’s an automatic ticket out.”