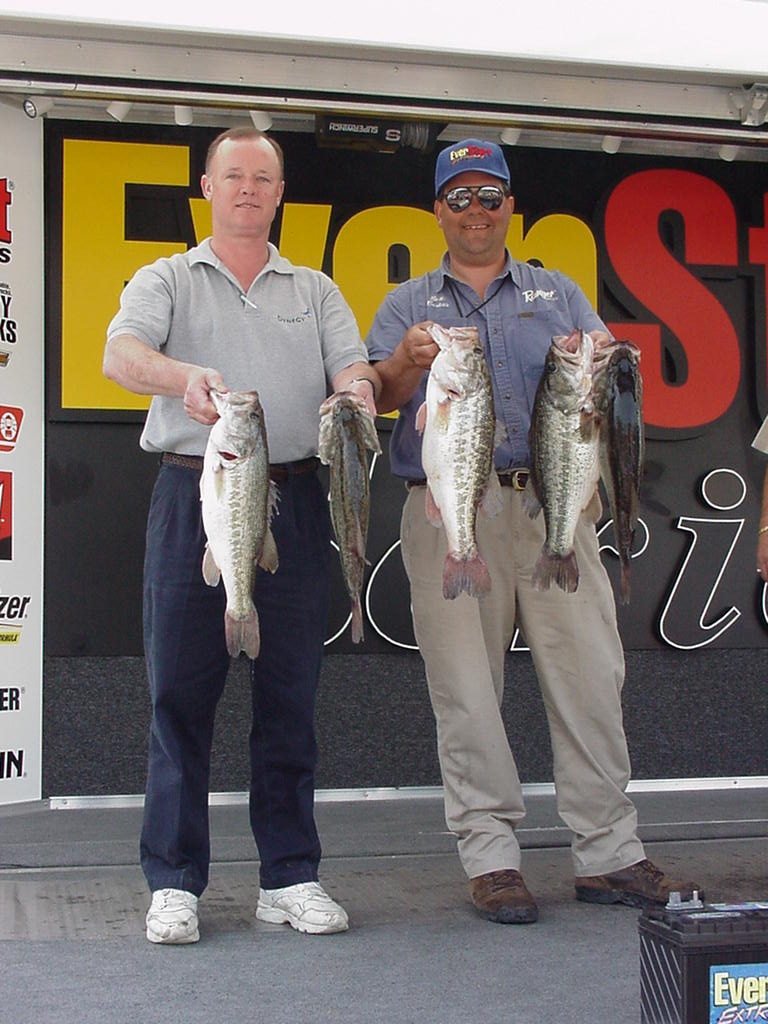 MANNING, S.C., (March 3, 2000) — Lex Costas, 37, of Pineville, S.C., will lead 10 of the nation's top professional anglers into Saturday's final round of the EverStart Batteries Series tournament on Lake Santee Cooper after weighing in a new EverStart Series second round record of 28 pounds, 3 ounces.

Costas, who is fishing his first EverStart tournament, broke the previous record of 25-4 set in 1999 on Lake Santee Cooper by Dale Teaney of Williamsburg, Ohio, by Carolina and Texas rigging a lizard on Lake Moultrie, the lower end of Santee Cooper. On Thursday, Costas qualified for the second round of competition in 15th place.

“I'm rather excited to be where I am,” Costas said. “I hope things go well tomorrow. I hope the fish are as eager as I am.”

Making waves in the Co-Angler Division, Judy Israel, one of three female competitors in the tournament and the only women to make the top 30 cut, will lead the field into Saturday's final round after weighing in five bass at 13-12.

“I feel real good about my fishing right now,” said Israel, who hadn't touched artificial bait until her first Wal-Mart FLW Tour bass fishing event four years ago. “Whatever Lex is going to do, I'll be right behind him.”

Saturday will mark Israel's second top 10 appearance on the 2000 EverStart Series. She finished eighth at the first event on Florida's Lake Okeechobee.

On Saturday, anglers will start over and fish for one day to determine the victor. The winning pro will receive $10,000 and an Evinrude-powered Ranger bass boat. The winning co-angler will collect $6,000.

Saturday's action begins at 7 a.m. at the John C. Land III Boating and Sportfishing Facility located on Logjam Landing Road in Summerton, S.C. The weigh-in begins at 4 p.m. at the Wal-Mart Supercenter located at 481 West Boyce Street in Manning.

Over the course of the season, the EverStart Series awards anglers up to $1.7 million in cash and prizes. It also provides a pathway to the prestigious Wal-Mart FLW Tour, the richest tournament series in history. Winning anglers in the Pro and Co-Angler Divisions of each EverStart tournament, as well as the overall top 10 anglers, based on a system of points and pounds, receive automatic berths in the 2001 FLW Tour.