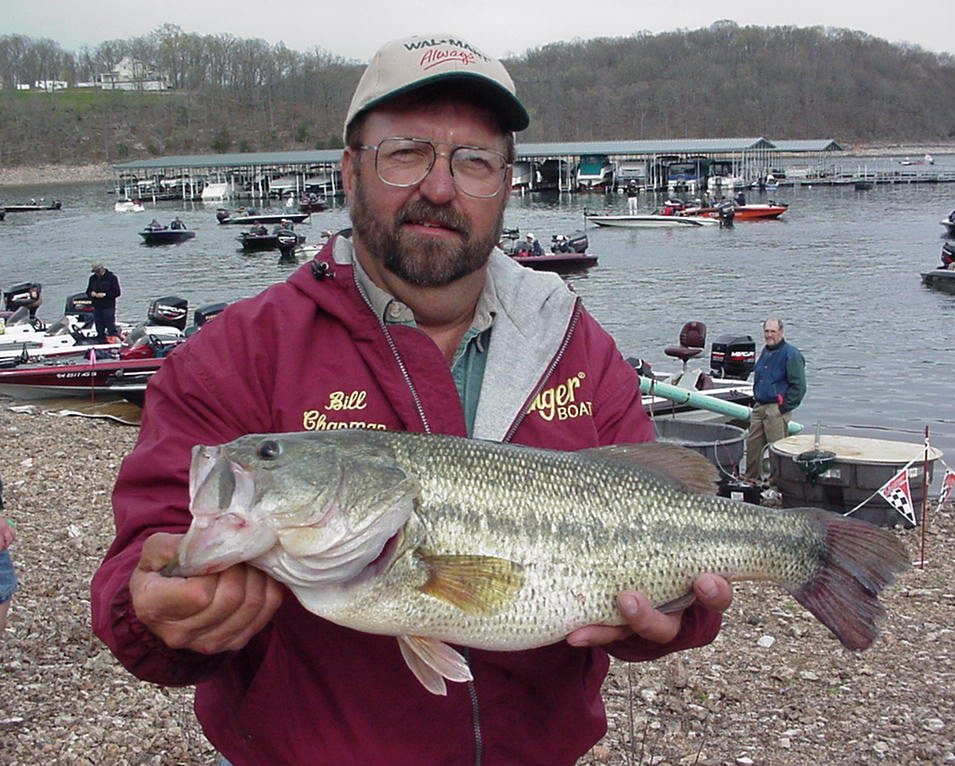 Richest tourney in state history, $200,000 first-place cash on the line

“I think I can do it again tomorrow,” said Chapman, who had his limit, including a 7-pound, 8-ounce largemouth worth $1,250, by mid morning. “The only thing that will hurt me is if the wind starts blowing out of the north. Otherwise, the weather shouldn’t affect me.”

Wendlandt, who last month collected $100,000 for winning the FLW Tour event on Lake Murray near Lexington, S.C., had a rougher time landing a limit. “I really struggled today,” he said. “I only had the five bass, and I hooked the last one just 15 minutes before I came in.”

In the Co-Angler Division, defending EverStart Challenge co-angler champion Frank Divis Sr. of Fayetteville, Ark., is looking to make his mark on the FLW Tour after landing five bass that weighed 10-12. The co-angler champion will receive $40,000 cash.

Rounding out the top three co-angler spots were Rodney Chmolack of Phenix City, Ala., with four bass weighing 10-0 and Byron Butler of Beaumont, Texas, with five bass weighing 9-8.

Big bass and $750 in the Co-Angler Division went to Grant Holderman of Augusta, Kan., for a 6-pound, 5-ounce bass.

The pro or co-angler who catches the biggest bass during the first two days of competition will receive $1,000 from Coca-Cola. At the end of the season, Coca-Cola also will award $5,000 for the biggest bass of the year. Quinton Stacy of Bassett, Va., is leading the Coca-Cola Big Bass race with an 8-pound, 10-ounce largemouth he caught on Lake Murray.

The field of 175 pros and 175 co-anglers will set out again Thursday to add to their first day’s catch in hopes of securing one of 10 slots available in Friday’s second round. During the second round, anglers start over and compete for one day to determine the top five pros that will advance to Saturday’s final round. Co-angler competition ends Friday.

If a competitor catches a state record largemouth, smallmouth or spotted bass during the tournament, Visa USA will award the angler $1 million as part of the newly introduced Visa $2 Million Challenge. Visa also will award an additional $1 million to the angler’s randomly selected fan partner. Fishing enthusiasts can register for the multi-Web site, fantasy fishing-type promotion at www.flwtour.com or at one of 13 sponsor sites. No product purchase is necessary to participate.

Competition resumes at 6:30 a.m. Thursday at Prairie Creek Marina in Rogers, Ark., followed by a 3 p.m. weigh-in at the same location. Friday’s takeoff starts at 8 a.m., and the weigh-in begins at 5 p.m. at the Wal-Mart Supercenter located at 406 South Walton Blvd. in Bentonville. Saturday’s final weigh-in at the Wal-Mart Supercenter begins at 3:30 p.m. The final weigh-in will be broadcast live via satellite to the electronics departments of Wal-Mart stores nationwide. It also will air as part of the Wal-Mart FLW Tour series on ESPN at 1:30 p.m. EST May 14.

Aside from the best anglers in the country, the Wal-Mart Open features colorful NASCAR-styled Chevy tow vehicles and Ranger Comanche fishing machines that are used by competitors during the final two rounds.