Biffle leads field into second round 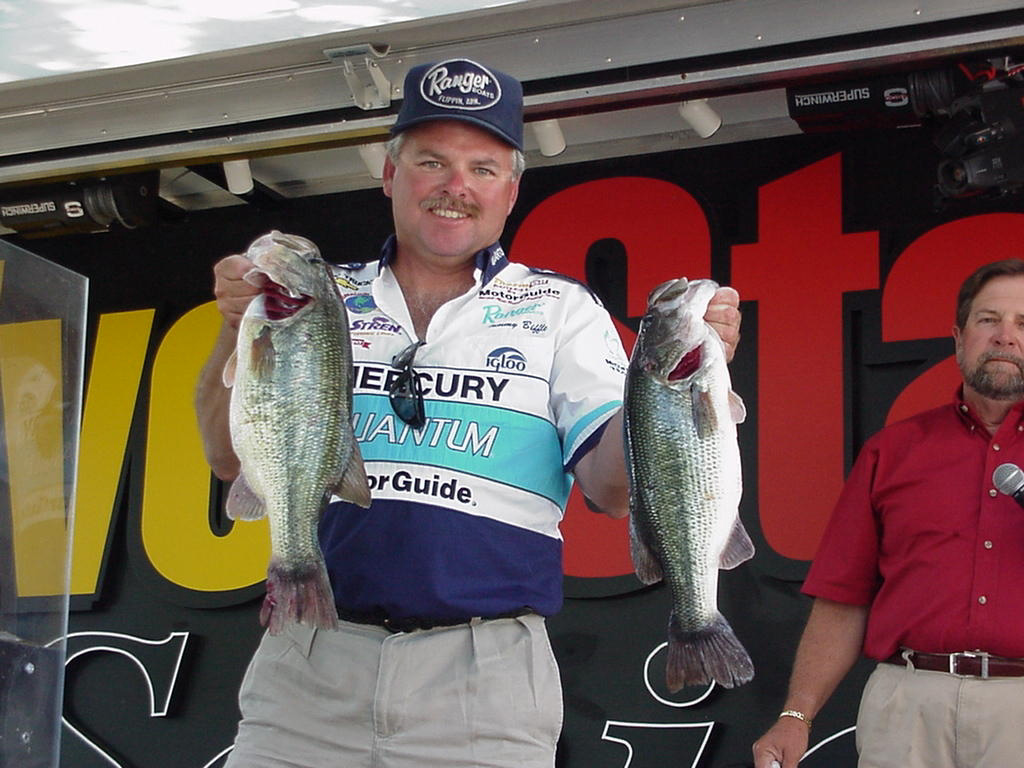 “I’m going to fish relaxed and go out there and have fun tomorrow,” Biffle said after catching four bass weighing 13-15 Wednesday and five bass weighing 16-8 Thursday to secure the lead over runner-up Jim Carnell of Muskogee, Okla., who caught 27 pounds, 7 ounces over two days. “I’m just going to try to catch 10 or 12 pounds and make it to the final day.

“The bite was off yesterday, but today I had lots of bites. I think the fish are moving to where I want them to be.”

Where that is, Biffle says, is in deep water cover that isn’t easy for anglers who are unfamiliar with the lake to locate.

Big bass for the day in the Pro Division went to Lucy Mize of Ben Lomond, Ark., and Herb Blush of Yazoo City, Miss., for 5-pound, 12-ounce bass that earned them each $250. Big bass honors in the Co-Angler Division and $300 went to Ed Riner of Owasso, Okla., for a 6-pound, 5-ounce bass.

Rounding out the top five spots in the Pro Division were Taylor Hutchings of Phoenix with 23-8; Roy Perry of Muskogee, Okla., with 23-0; and Jeff Reynolds of Platter, Okla., with 22-14.

Finishing round one in second through fifth place in the Co-Angler Division were Tyrone Phillips of Little Rock, Ark., with 17-9; Robby Renshaw of Coweta, Okla., with 16-7; Charles Carlile of Tulsa, Okla., with 16-3; and Michael Renfro of Caseyville, Ill., with 15-11.

On Friday, anglers will start over and fish for one day to determine the top 10 pros and co-anglers who will compete in Saturday’s final round. The winning pro will receive $10,000 cash and an Evinrude- or Johnson-powered Ranger bass boat. The winning co-angler will collect $6,000.

The three-year-old EverStart Series is comprised of two divisions, Eastern and Central, with four multi-day events per division. The top 75 pros and co-anglers from each division will advance to the year-end EverStart Invitational Challenge at Cypress Gardens, Fla., which features a $360,000 purse.

Over the course of the season, the EverStart Series awards anglers up to $1.7 million in cash and prizes. It also provides a pathway to the prestigious Wal-Mart FLW Tour, the richest tournament series in history. Winning anglers in the Pro and Co-Angler Divisions of each EverStart tournament, as well as the overall top 10 anglers, based on a system of points and pounds, receive priority entry in the 2001 FLW Tour.