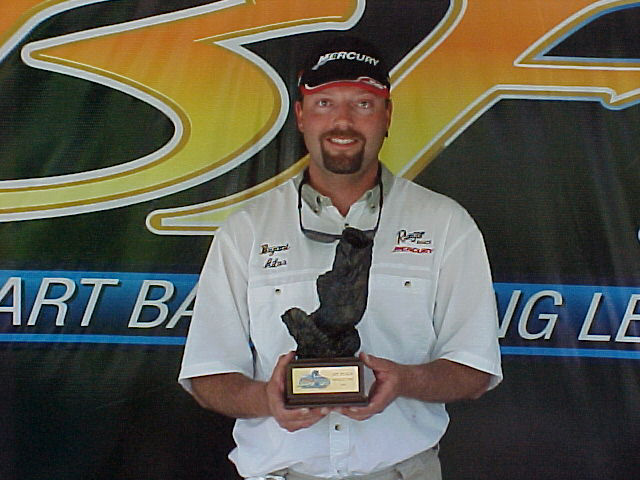 Ailor caught his bass while fishing logjams in the French Broad River. He also received $1,000 from Garmin for winning the event with Garmin electronics.

Mark Cady of Dalton, Ga. And Terry Tucker of Gadsden, Ala., tied for fourth and earned $912 each with five bass weighing 10 pounds, 12 ounces.

Overall, 1,059 bass were caught during the tournament, including 161 five-bass limits.

On June 9, the BFL will visit Guntersville Lake for the fourth of five events in the Choo Choo Division. The boater with the most points after the division’s season finale, a two-day Super Tournament Sept. 15-16 on Neely Henry Lake, will be declared the Divisional Points Champion and awarded $1,000. The co-angler amassing the most points by the end of the season will receive $500.

The top 30 boaters and top 30 co-anglers in the Choo Choo Division will advance to regional competition Oct. 9-13 on Weiss Lake near Cedar Bluff, Ala., where they will go up against top competitors from the Carolina, Ozark and Illini divisions for a shot at qualifying for the $250,000 All-American.