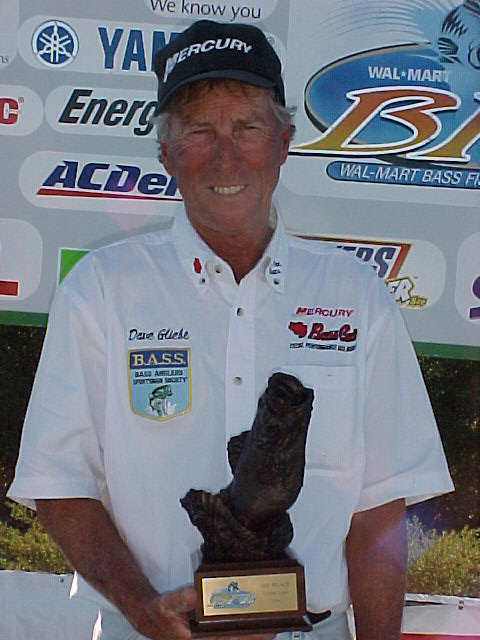 After qualifying for the final round of the two-day Super Tournament in sixth place with an opening day catch of five bass weighing 19 pounds, 15 ounces, Gliebe out fished runner up John Brossard of Lakeport, Calif., by 1 pound, 13 ounces to take the win. Gliebe caught the majority of his bass by flipping jigs and working crankbaits along the north end of the lake.

Brossard qualified for the final round in first place with five bass weighing 24 pounds, 8 ounces and finished up with 22 pounds, 4 ounces to win $2,365.

First place in the Co-Angler Division and $2,327 went to Barry McCoy of Castro Valley, Calif., who topped more than 60 competitors with a final round catch of two bass weighing 6 pounds, 10 ounces. Second place in the division and $1,163 went to Gary Wilson of Tracy, Calif., with 6 pounds, 3 ounces, while Dan Powers of Weaverville, Calif., took third place and $582 with 5 pounds, 15 ounces.

The top 30 boaters and top 30 co-anglers in the Western Division will advance to regional competition Oct. 23-27 on Lake Shasta near Redding, Calif., where they will go up against top competitors from the Colorado River division for a shot at qualifying for the BFL All-American, which features an estimated purse of $345,000 and ranks as one of the most lucrative post-season tournaments in competitive angling. The top two boaters and co-anglers may also qualify for the Ranger M1 tournament in Mobile, Ala., Feb. 27-March 2, 2002, where they can win up to $1 million.