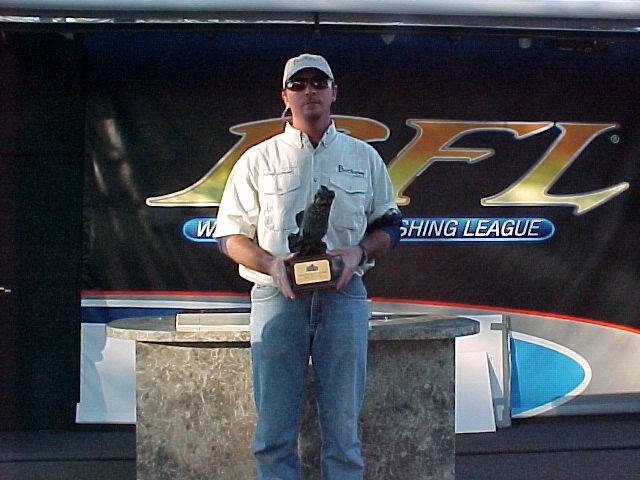 Johnson caught his limit on a June bug colored 8-inch Zoom lizard while targeting fish in 6 to 8 feet of water. The catch topped second-place boater Steven James of Pickens, S.C., by 9 ounces. James finished the one-day tournament with a five-bass catch weighing 11 pounds, 15 ounces worth $1,834.

Tony Christian of Hull, Ga., earned boater big bass honors and $650 with a 6-pound, 3-ounce bass that he caught on a shad colored Zoom fluke while fishing stumps. He finished in 35th place overall with four bass weighing 8 pounds, 3 ounces.

Kim Carver of Milledgeville, Ga., received a $500 bonus from Ranger Boats as the highest finishing participant in the Ranger Cup incentive program. He finished sixth place with a five-bass catch weighing 10 pounds, 15 ounces.

Co-angler Phil Parten of Carnesville, Ga., earned big bass honors and $300 in his division with a 4-pound, 10-ounce bass. He finished 39th thanks to the one bass.

Overall, 85 five-bass limits were caught during the tournament.

The Wal-Mart BFL will visit Lake Hartwell April 20 for the third of five Savannah River Division events. The boater with the most points after the division’s season finale, a two-day Super Tournament Sept. 21-22 on the Potomac River will be declared the Yamaha “Be the Best” Points Leader and awarded $1,000. The co-angler amassing the most points by the end of the season will receive $500.