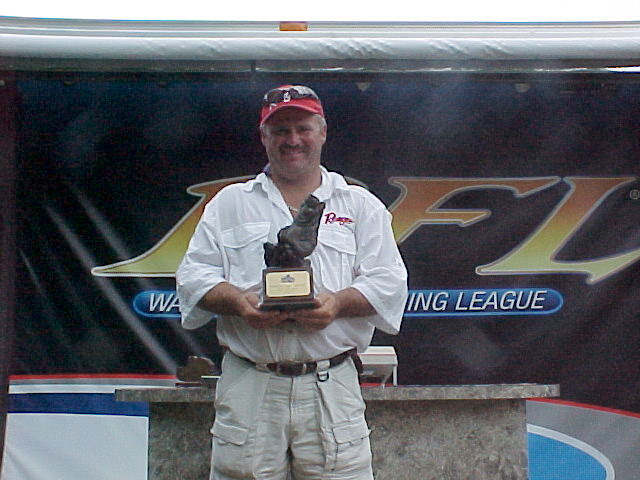 Christian, who also landed a $1,000 bonus from Garmin for using a fixed-mount Garmin GPS/Sounder, caught his limit on a Bill Norman crankbait that he was casting to rocky points on the Savannah River. The catch topped second-place boater Troy Morrow of Toccoa, Ga., by 2 pounds, 15 ounces in the BFL’s Savannah River Division. Morrow finished the one-day tournament with a five-bass catch weighing 10 pounds, 13 ounces worth $1,503.

John Prior of Ila, Ga., earned boater big bass honors and $480 with a 4-pound, 2-ounce bass that he caught using a Carolina rig. He finished in 12th place overall with three bass weighing 7 pounds, 12 ounces.

J.D. Hughes of Westminster, S.C., claimed first place and $1,503 in the 96-competitor Co-angler Division with four bass weighing 10 pounds, 13 ounces. He surpassed second-place co-angler Ralph Mixon of Bonaire, Ga., by 8 ounces thanks to a watermelon tube he was casting in 12-15 feet of water. Mixon finished with a four-bass catch weighing 10 pounds, 5 ounces worth $751. Hughes also earned big bass honors and $240 in his division with a 6-pound, 11-ounce bass.

Overall, 16 five-bass limits were caught during the tournament.

The Wal-Mart BFL will visit Clark Hill Sept. 21-22 for the Savannah River Division’s season finale, a two-day Super Tournament. The boater with the most points after the season finale will be declared the Yamaha “Be the Best” Points Leader and awarded $1,000. The co-angler amassing the most points by the end of the season will receive $500.