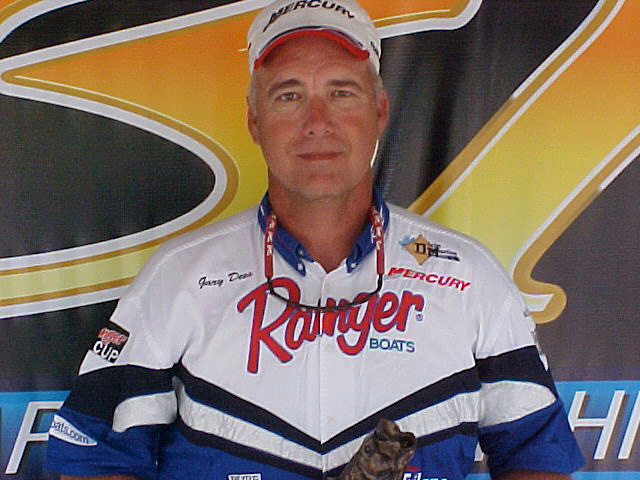 Phil Bogart of Cridersville, Ohio, earned boater big bass honors and $600 with a 3-pound, 8-ounce bass that he caught flipping a ringworm to logs. He finished in sixth place overall with two bass weighing 4 pounds, 9 ounces.

Billy Crider Jr. of Kettering, Ohio, claimed first place and $1,727 in the 118-competitor Co-angler Division with three bass weighing 5 pounds, 5 ounces. He surpassed second-place co-angler Justin Williams of Peebles, Ohio, by 5 ounces thanks to a green pumpkin crankbait that he was throwing over wood in 4 to 5 feet of water. Williams finished with a two-bass catch weighing 5 pounds worth $864.

Donald Meachem Sr. of Marion, Ohio, and James Richardson Sr. of Harrison, Ohio, tied for third place in the Co-angler Division with catches of 4 pounds, 8 ounces that netted each of them $467. Richardson caught four bass, and Meachem tied his weight with one 4-pound, 8-ounce bass that earned him big bass honors and $295 in his division. Ed Shannon of Cincinnati finished fifth with a two-bass catch weighing 4 pounds, 3 ounces worth $380.

Overall, two five-bass limits were caught during the tournament.

The Wal-Mart BFL will visit Lake Erie Aug. 20 for the fourth of five Buckeye Division events. The boater with the most points after the division’s season finale, a two-day Super Tournament Sept. 7-8 on the Ohio River, will be declared the Yamaha “Be the Best” Points Leader and awarded $1,000. The co-angler amassing the most points by the end of the season will receive $500.

The top 30 Buckeye Division boaters and co-anglers will advance to regional competition Oct. 15-19 on Kerr Lake near Henderson, N.C., where they will go up against top competitors from the Mountain, Northeast and Savannah River divisions for a shot at qualifying for the Wal-Mart BFL All-American – one of the most lucrative post-season tournaments in competitive angling.