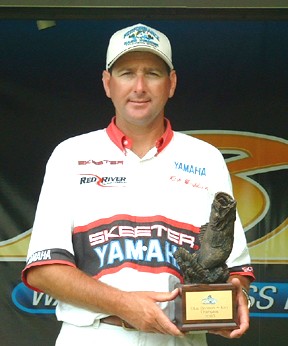 Benham also claimed a $500 bonus from Ranger Boats as the highest-finishing participant in the Ranger Cup incentive program.

Benham earned boater big-bass honors and $650 with a 5-pound, 7-ounce bass. Tying for co-angler big-bass honors with a 4-pound, 5-ounce bass were David Blankenship of Cushing, David Parker of Broken Arrow and Randall Snyder of Haskell. Each earned $107 for their big bass.

The top 30 Okie Division boaters and co-anglers will advance to regional competition Oct. 14-18 on Beaver Lake near Rogers, Ark., where they will go up against top competitors from the Great Lakes, LBL and Ozark divisions for a shot at qualifying for the Wal-Mart BFL All-American – one of the most lucrative postseason tournaments in competitive angling.