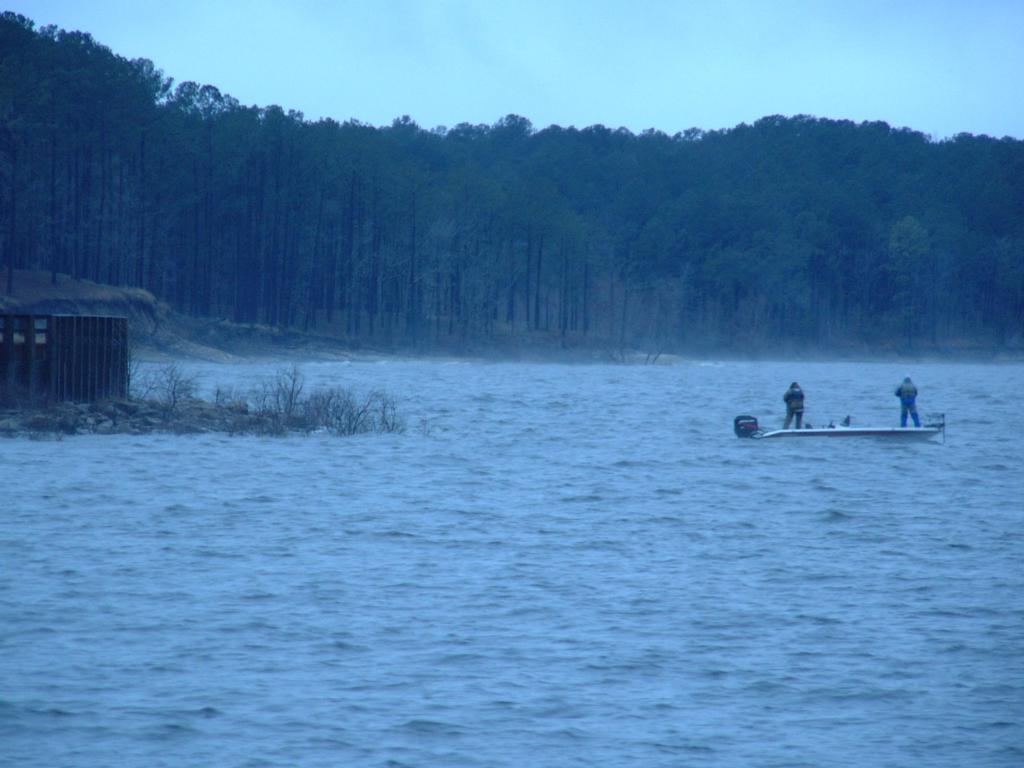 EverStart anglers make some early casts in the chop near a pier on Sam Rayburn Reservoir. Photo by Jeff Schroeder.
September 4, 2003 • MLF • Archives

BROOKELAND, Texas – Wal-Mart Bass Fishing League Cowboy Division anglers will have one last chance to earn valuable points when they visit Sam Rayburn Reservoir Sept. 20-21 for the division’s final regular-season event, a two-day Super Tournament. The tournament will feature as many as 200 boaters and 200 co-anglers and will pay out as much as $70,950, including as much as $9,600 to the winning boater.

Anglers will take off both days from Twin Dikes Marina in Brookeland. After Saturday’s competition, the top 20 percent of the field will advance to day two, and the winner will be determined by the heaviest two-day accumulated weight.

Following the Super Tournament, the top 30 boaters and 30 co-anglers based on year-end points standings will advance to the Red River regional in Natchitoches, La., Oct. 21-25, where they will compete against qualifiers from the Arkie, Bama and Gulf Coast divisions for a slot in the 2004 All-American. With a $100,000 top cash award going to the winning boater, the All-American is one of the most prestigious and most lucrative events in competitive bass fishing.

The BFL comprises 24 divisions nationwide, each featuring five regular-season events. Points are accumulated through four one-day events that award 200 points to the winner, 199 for 2nd, 198 for third, and so on, and one two-day Super Tournament that awards 300 points to the winner, 299 for second, 298 for third, and so on. Every angler who receives weight credit in a tournament earns points.