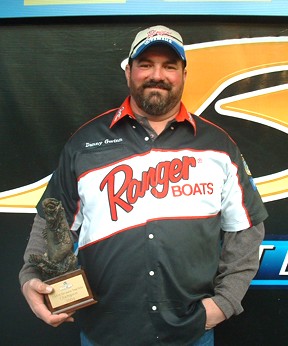 Gwinn’s tournament-winning catch included a 7-pounder that earned him big-bass honors and $930. He also earned a $1,000 bonus from Ranger Boats and a $500 bonus from Yamaha for his participation in the Ranger Cup incentive program and for running a Yamaha outboard. Garmin also awarded Gwinn a $1,000 bonus as part of the Garmin Grand contingency program for using only Garmin electronics during the tournament.

Scott Boatright of Sheridan earned $428 as the Co-angler Division big-bass winner with a 5-pound, 5-ounce bass. He finished the tournament in seventh place thanks to the catch.

The Arkie Division’s next stop will be March 27 on DeGray Lake in Arkadelphia. Each BFL division features four one-day events followed by a two-day Super Tournament to round out the regular season. The top 30 Arkie Division boaters and co-anglers based on year-end points standings will advance to the Toledo Bend regional near Many, La., Oct. 12-16, where they will compete against Louisiana, Okie and Ozark division anglers for a slot in the 2005 All-American. The winning boater at the All-American receives $100,000 cash, making it one of the most lucrative and prestigious championship events in bass fishing.