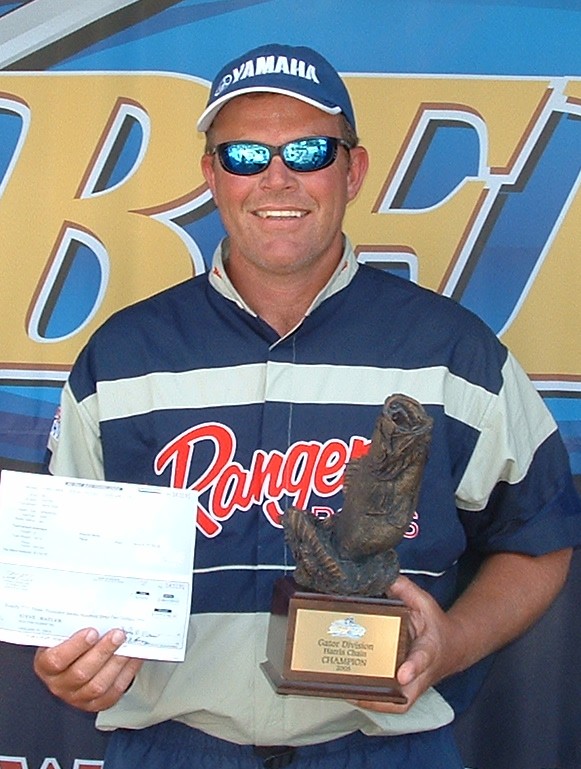 TAVARES, Fla. – Boater Steve Hatler of Lakeland earned $3,762 Saturday as winner of the Wal-Mart Bass Fishing League Gator Division event on the Harris Chain of Lakes. The tournament was the third of five regular-season Gator Division events and featured 117 boaters vying for the win, which earned Hatler 200 points in the Boater Division.

Hatler’s winning catch of five bass weighed 18 pounds, 13 ounces. Hatler was flipping Gambler junebug worm around grass when he caught his bass. Hatler earned an additional $1,500 as winner of the Ranger Cup and Powered by Yamaha awards.

Richard Boogaerts of Cocoa bested 117 Co-angler Division competitors to earn $1,881 as the co-angler winner, thanks to three bass weighing 12 pounds, 2 ounces that he caught on a Zoom fluke. Boogaerts won an additional $293 as the co-angler big-bass award winner with a 7-pound, 13-ounce bass.

The Gator Division’s next event will be held April 23 on Kissimmee Lake near Lake Wales. The Gator Division will wrap up its regular season Sept. 24-25 with a two-day Super Tournament on Lake Toho near Kissimmee.