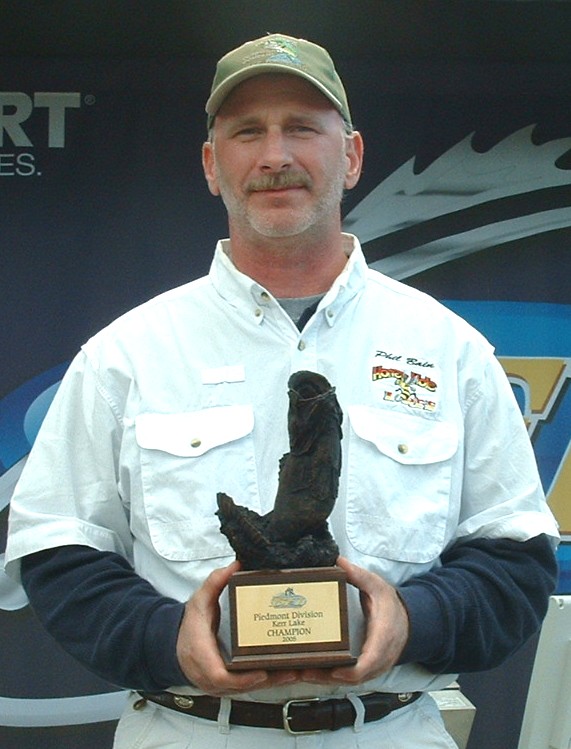 HENDERSON, N.C. – Boater Phil Bain of Youngsville earned $4,898 Saturday as winner of the Wal-Mart Bass Fishing League Piedmont Division event on Kerr Lake. The tournament was the second of five regular-season Piedmont Division events and featured 168 boaters vying for the win, which earned Bain 200 points in the Boater Division.

Almost exactly one year ago, Bain won another BFL Piedmont Division tournament on Kerr Lake. Bain’s winning catch of five bass weighed 19 pounds, 3 ounces this year, compared to an 18-pound limit in 2004. Bain was fishing a Honeyhole jig along windy points in the Nutbush Creek area when he caught his bass.

Lanier earned an additional $750 as winner of the Ranger Cup and Powered by Yamaha awards.

Gary Vick of Wilson bested 168 Co-angler Division competitors to earn $2,449 as the co-angler winner, thanks to five bass weighing 21 pounds, 4 ounces that he caught on a spinnerbait.

Brad Pegram of Henderson earned $420 as the co-angler big-bass award winner with a 6-pound, 5-ounce bass he caught on a spinnerbait.