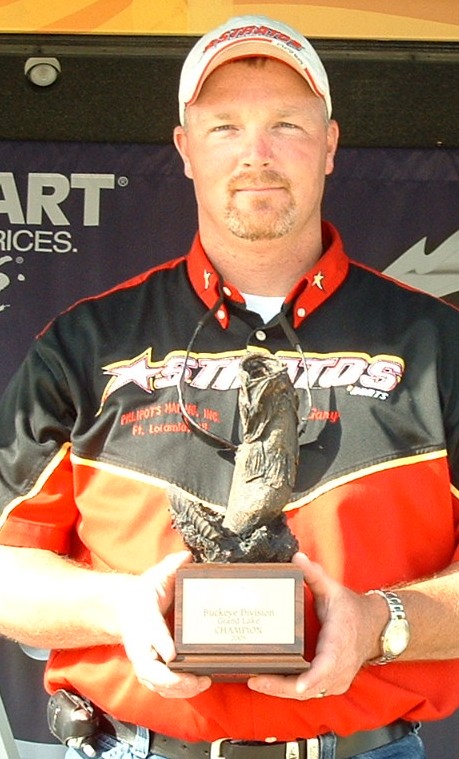 CELINA, Ohio – Boater Gary Ginter of Maplewood earned $4,398 Saturday as winner of the Wal-Mart Bass Fishing League Buckeye Division event on Grand Lake. The tournament was the first of five regular-season Buckeye Division events and featured 144 boaters vying for the win, which earned Ginter 200 points in the Boater Division.

Ginter’s winning catch of five bass weighed 10 pounds, 6 ounces. Ginter was fishing around docks with a Zoom craw when he caught his bass.

Dan Fry of Marysville, who finished in sixth place and earned $760 with five bass weighing 9 pounds, earned an additional $500 for the Ranger Cup award.

David Randle of Cincinnati earned $2,138 as the co-angler winner, thanks to five bass weighing 9 pounds, 7 ounces that he caught on a green-pumpkin tube.

Clark earned $350 as the co-angler big-bass award winner with a 5-pound, 3-ounce bass he caught on a zipper worm.

The Buckeye Division’s next event will be held July 9 on the Ohio River near Lawrenceburg, Ind., followed by an event on the Ohio river near Maysville, Ky., July 30. The fourth-qualifying event will be held on Lake Erie near Sandusky August 20. The Buckeye Division will wrap up its regular season with a two-day Super Tournament on Lake Erie near Sandusky Sept. 10-11.