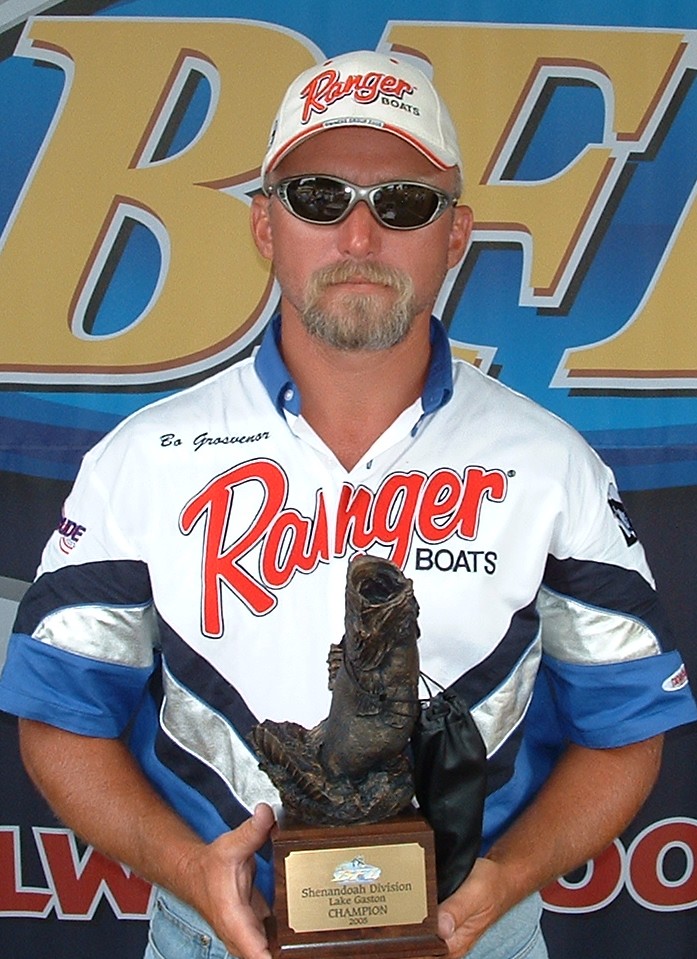 Grosvenor’s winning catch five bass weighed 14 pounds, 2 ounces. He threw buzzbaits and jigs around stumps to catch his bass. Grosvenor earned an additional $2,000 as winner of the Bombardier and Garmin Grand contingency awards, plus another $1,000 as winner of the Ranger Cup award.

Walter Whitman Jr. of Greensboro, N.C., earned $1,690 as the co-angler winner, thanks to four bass weighing 12 pounds, 4 ounces that he caught on crankbaits and Senkos.

Alan Price of Staunton earned $253 as the co-angler big-bass award winner with a 4-pound, 7-ounce bass he caught on a Senko.