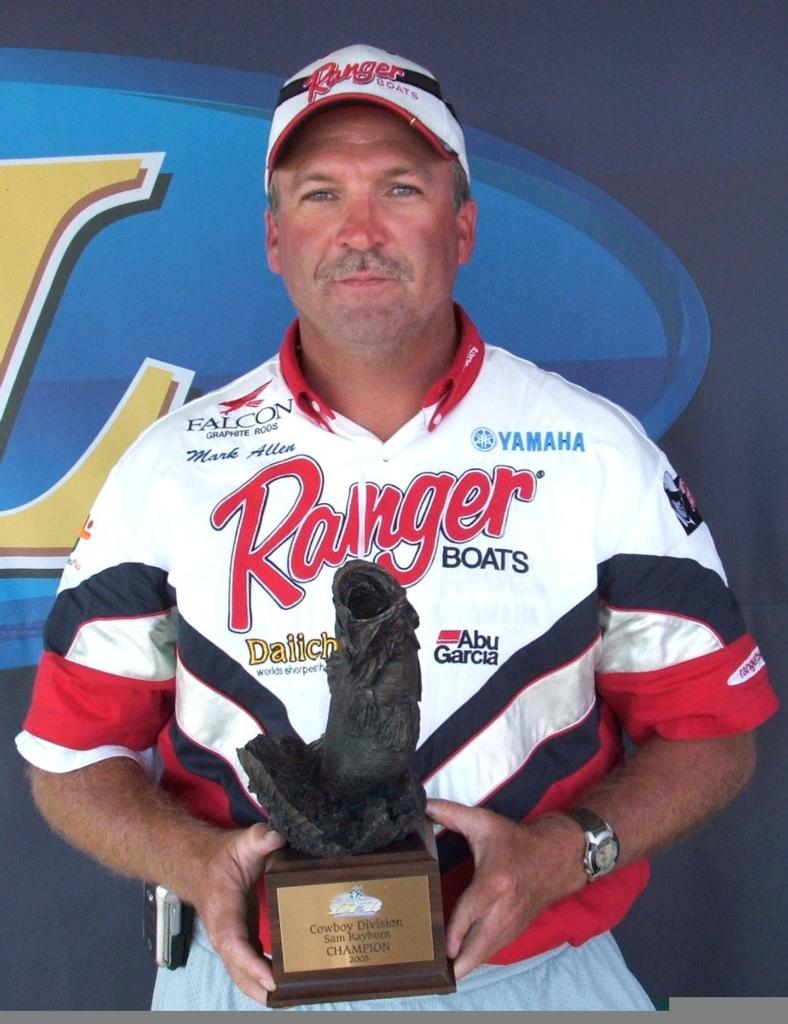 Allen’s two-day winning catch of 10 bass weighed 26 pounds, 7 ounces. Allen fished around reeds in Pool 4, tossing a jig with watermelon-colored plastics to catch his bass. He earned an additional $1,500 as winner of the Ranger Cup and Powered by Yamaha awards.

G.G. King of Baker took Boater Division big-bass award honors, earning $670 for a 5-pound bass. He caught his big bass on a chartreuse and white buzzbait.

Bobby Barreraz of Center, Texas, earned $2,230 as the co-angler winner, thanks to 10 bass weighing 17 pounds, 5 ounces that he caught on a Berkley Power Worm while fishing around stumps in 2 to 6 feet of water.

Lon Shipe of Tomball, Texas, earned $335 as the co-angler big-bass award winner with a 4-pound, 5-ounce bass he caught on a Zoom Trick Worm.

The top 40 Cowboy Division boaters and co-anglers based on year-end points standings will advance to the Lake Ouachita Regional near Hot Springs, Ark., Oct. 18-22 where they will compete against Louisiana, Okie and Ozark division anglers for one of six slots in the 2006 All-American. With a total purse of $1 million and a potential $140,000 cash prize going to the winning boater and $70,000 going to the winning co-angler, the All-American is one of the most prestigious and lucrative events in bass fishing.