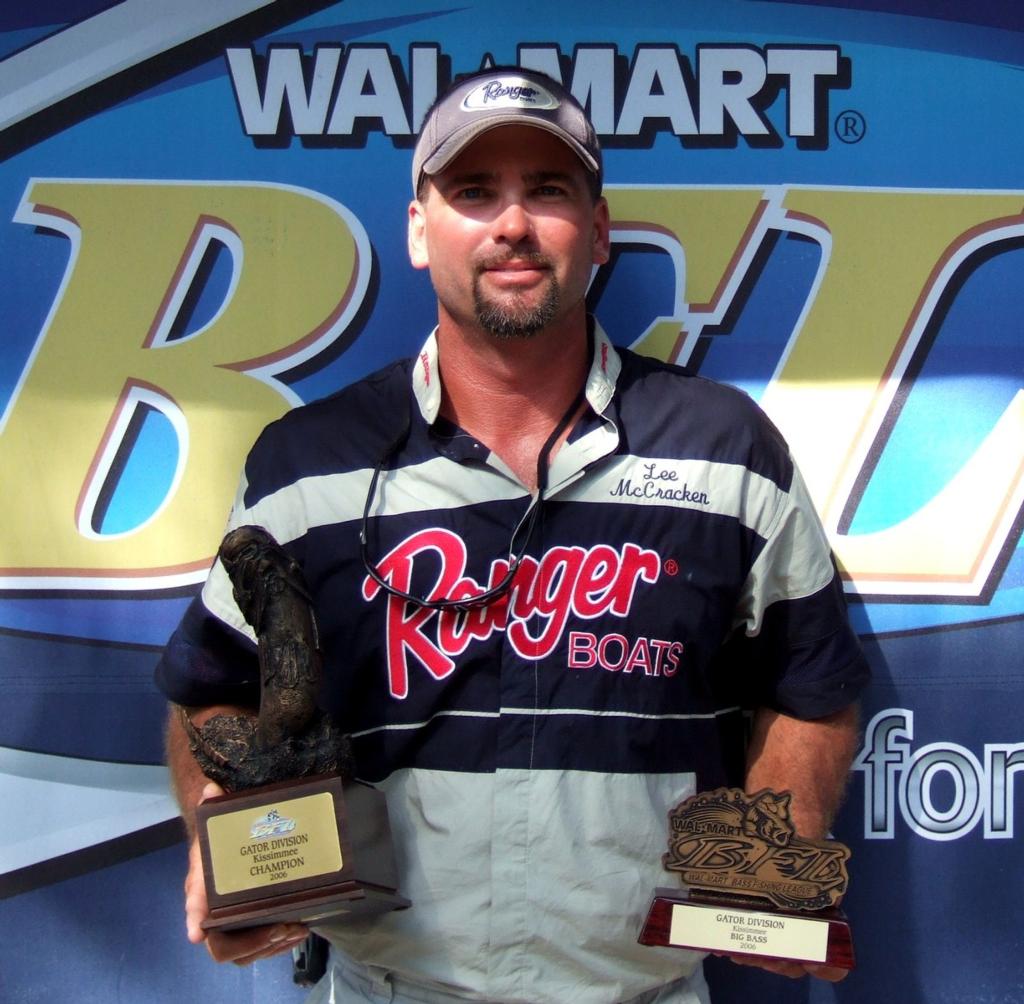 Boater Lee McCracken of Ocala, Fla., earned $4,686 May 6 as winner of the BFL Gator Division event on the Kissimmee River.
May 6, 2006 • MLF • Phoenix Bass Fishing League

Jeff Sullivan of Frostproof, Fla., bested won the Co-angler Division to earn $2,343, thanks to five bass weighing 18 pounds, 5 ounces he caught while throwing a Zoom Fluke in and around submerged grass.

The Gator Division’s next event will be held Sept. 9-10 on Lake Toho near Kissimmee, Fla., for the divisions two-day Super Tournament.