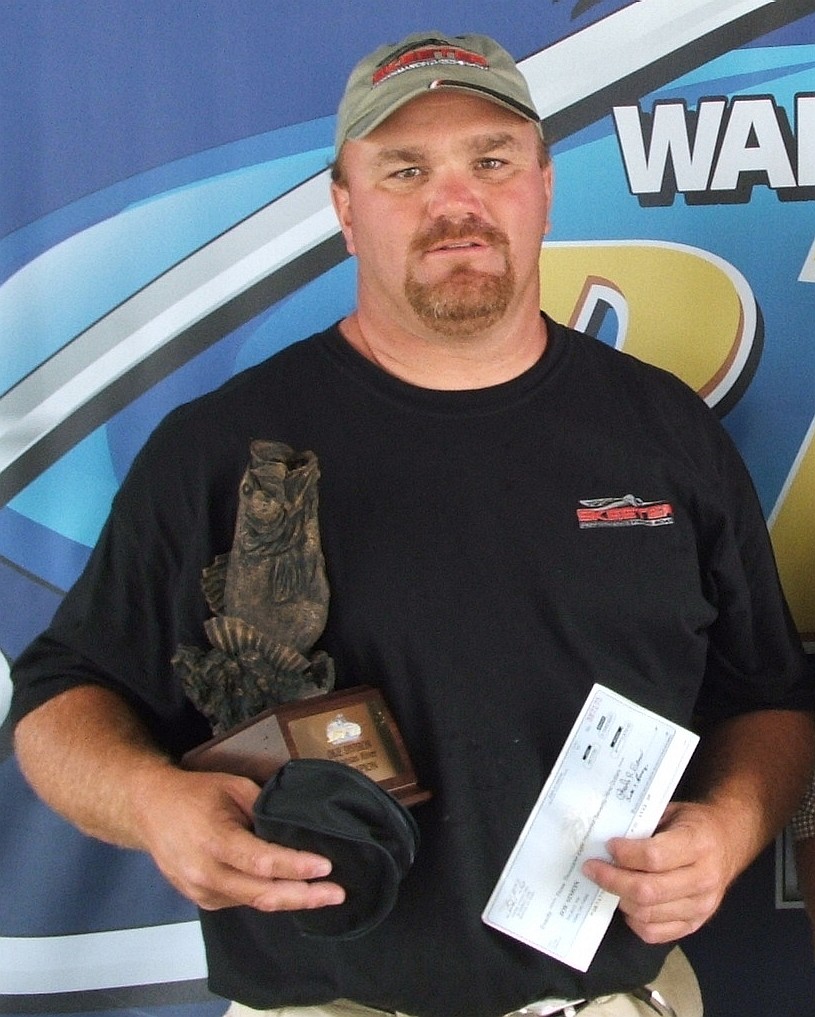 Simons’s winning catch of five bass weighed 14 pounds, 14 ounces. He was throwing a Sweat Beaver in and around grass to catch his bass.

Ronnie Stiek of Prue, Okla., won the Co-angler Division to earn $1,940 as the co-angler winner, thanks to three bass weighing 10 pounds, 6 ounces that he caught on a jig pitched around tree laydowns and points.

Stiek also earned $257 as the co-angler big-bass award winner with a 5-pound, 5-ounce bass he also caught on a jig.

The Okie Division’s next event will be the divisions two-day Super Tournament held Sept. 9-10 on Grand Lake near Grove, Okla.