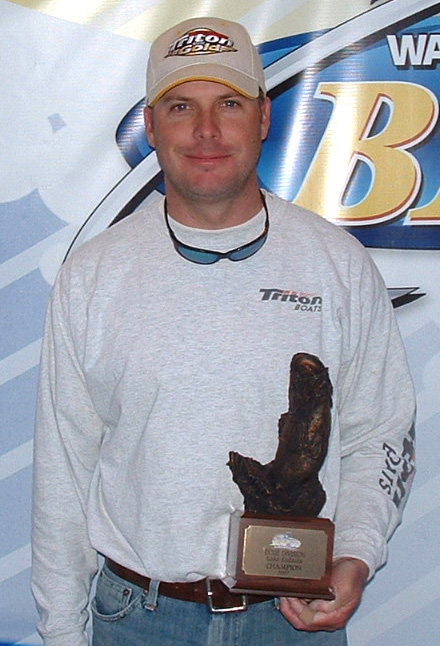 EUFAULA, Ala. – Boater Chad Hall of Dora, Ala., won the Wal-Mart Bass Fishing League Dixie Division tournament on Lake Eufaula Saturday with a five-bass catch weighing 20 pounds, 3 ounces. The victory earned Hall $5,100 and placed him one step closer to qualifying for the Lake Seminole Regional Championship in Bainbridge, Ga., Oct. 25-27, where he could ultimately win a new 519VX Ranger boat and a Chevy truck.

Hall was flipping jigs into shallow grass and wood in the lower lake area.

Timmy Walker of Andalusia, Ala., earned $500 for being the highest-placing Ranger Cup contingency participant.

Anthony Goggins of Sylacauga, Ala., earned $3,000 as the co-angler winner Saturday thanks to five bass weighing 17 pounds, 5 ounces.

Roger Brown of Tallassee, Ala., earned $500 as the co-angler Big Bass winner after catching a 6-pound, 7-ounce bass.

The Dixie Division’s next event will be March 31 on Lay Lake in Calera, Ala., followed by a tournament June 9 on West Point Lake in Lanett, Ala. The final event of the regular season will be a two-day Super Tournament held Aug. 25-26 on Logan Martin Lake in Pell City, Ala.