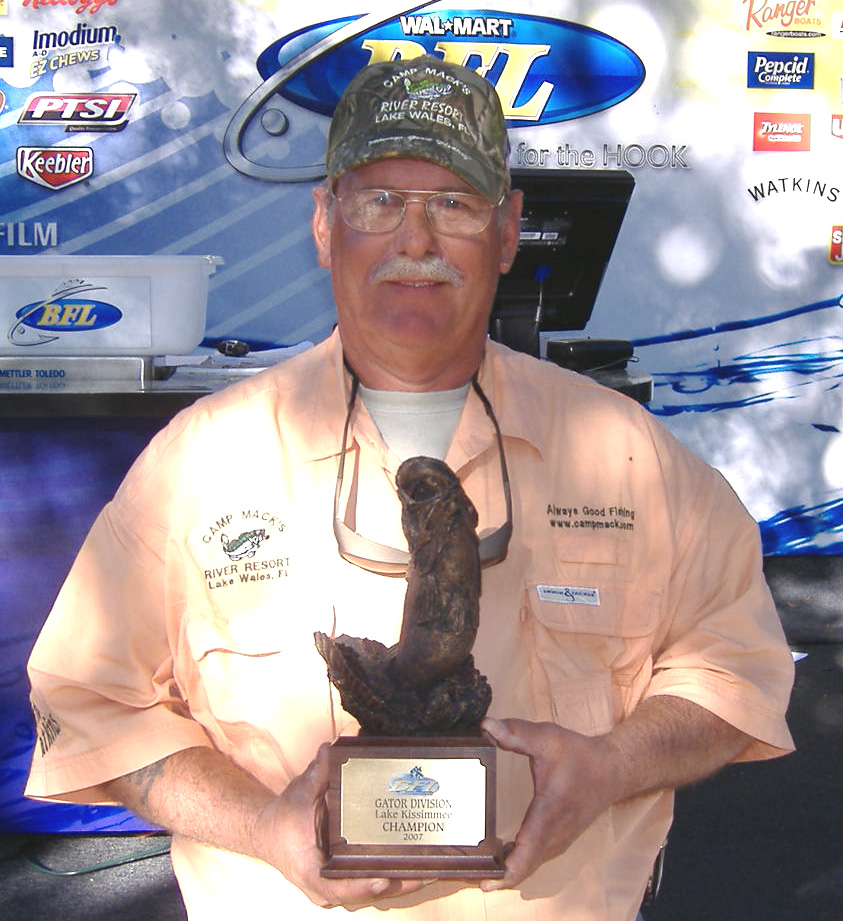 Watkins was flipping worms around submerged structure to catch his bass.

Hatfield also took home and additional $500 for being the highest-placing Ranger Cup participant.

Robert Crosnoe of Inverness, Fla., earned $2,783 as the co-angler winner Saturday thanks to five bass weighing 14 pounds, 15 ounces that he caught while fishing a Senko.

Crosnoe also took home the Snickers Big Bass Award in the co-angler division after catching a 7-pound, 5-ounces bass that earned him an additional $450.

The Gator Division’s next event will be May 5 on Lake Kissimmee in Lake Wales, Fla., followed by their two-day Super Tournament held Sept. 15-16 on the Harris Chain of Lakes in Tavares, Fla.