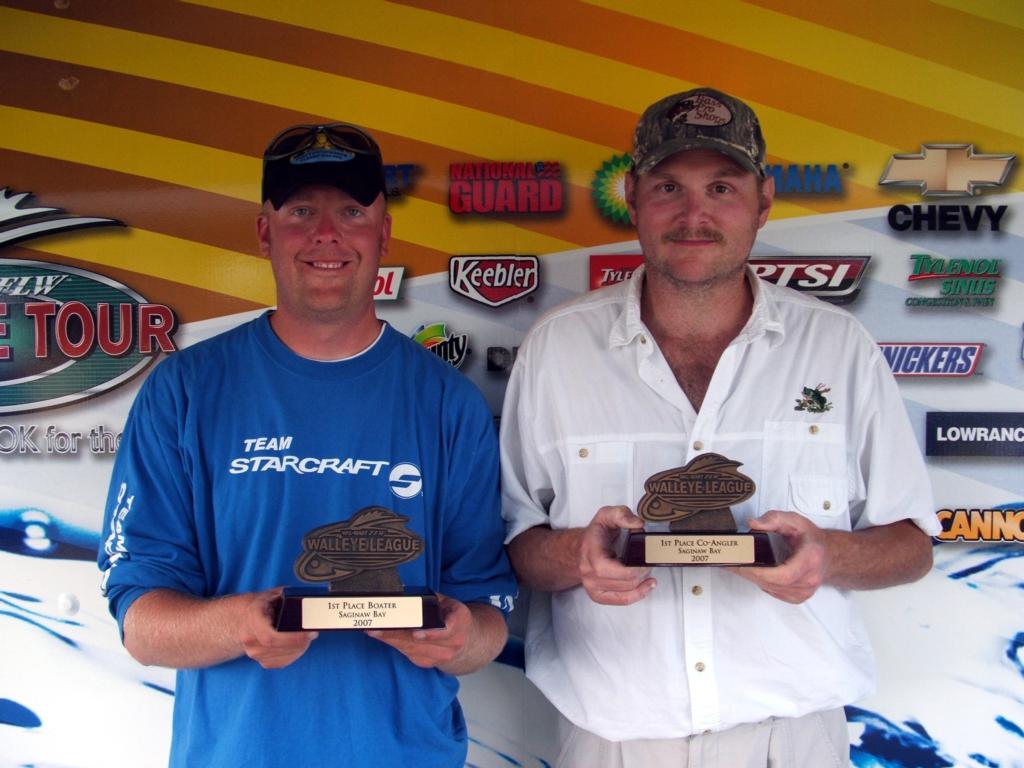 Seiferlein and Gordert were trolling crawler harnesses to catch their quality-sized, tournament limit of walleye.

Three FLW Walleye League divisions – Michigan, Minnesota and Wisconsin – each feature three one-day events during the regular season. Every angler who receives weight credit earns points, with 100 points awarded to the winner, 99 for second, 98 for third, and so on. These points determine angler standings.

The Wal-Mart FLW Walleye League was created to provide the grassroots walleye angler a chance to compete in professionally administered close-to-home tournaments with lucrative cash awards.