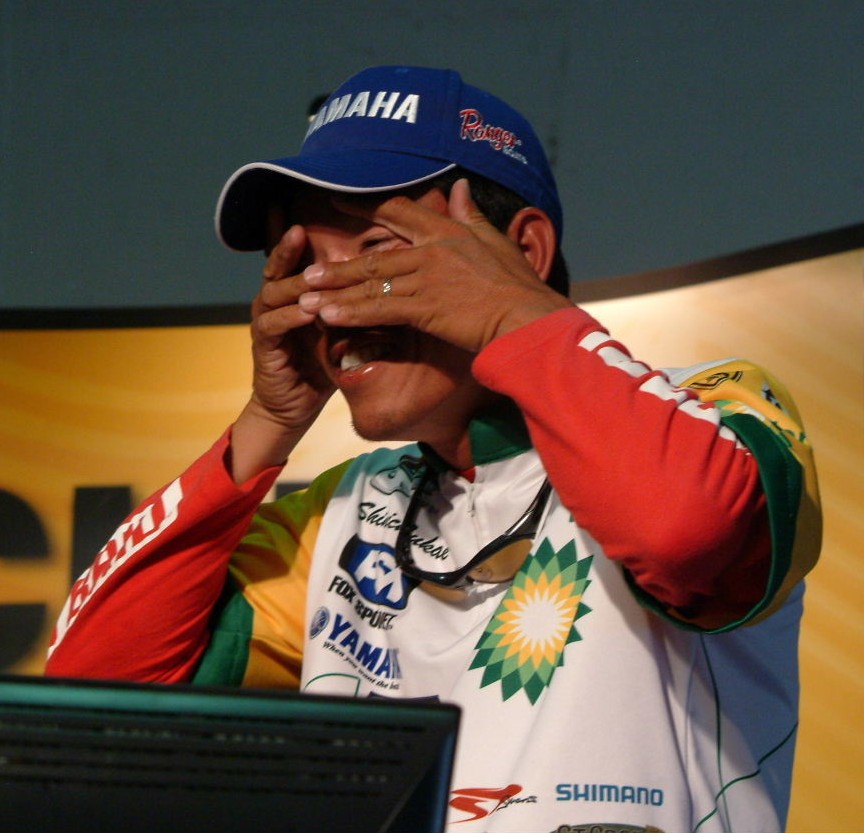 The master of the facial expression, Shinichi Fukae pretends to be scared to look at Jay Yelas' day-two weight as the AOY race came down to the wire. Photo by Jennifer Simmons. Angler: Shin Fukae.
August 20, 2007 • MLF • Archives

MINNEAPOLIS – Tune in Sunday, Aug. 26, to “FLW Outdoors” on FSN for complete coverage of the Chevy Open on the Detroit River in Detroit, Mich. The $1.5 million tournament awarded the winning bass pro a cash prize of $200,000.

The one-hour show is the first of a two-part series covering stop No. 6 on the $9.5 million Wal-Mart FLW Tour. The event, held on the Detroit River and the surrounding waters of Lake Erie and Lake St. Clair, is the final qualifying event of the season, meaning it is a make or break tournament for several anglers trying to reach the $2 million Forrest Wood Cup on Lake Ouachita. 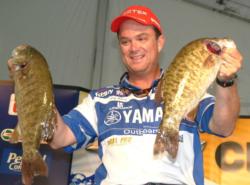 In addition to qualifying for the Forrest Wood Cup, a handful of anglers are competing for the coveted Land O’Lakes Angler of the Year award. The award, which rewards consistency, is given to the pro angler who accumulates the most points during the six qualifying events. Three anglers are still in prime position to capture AOY honors. Before the Chevy Open started, Jay Yelas held the lead with a total of 898 points over five events. Behind him is Shinichi Fukae, the 2004 AOY, with 872 points and Mark Davis with 860 points. Tune in to see the drama unfold as these three talented fishermen duke it out to the end. Along with the title, the winner earns $65,000, including a fully-equipped Ranger boat and $25,000 cash. 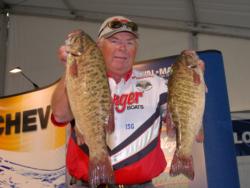 While the AOY race is tightly contested, one local Lake Erie angler is taking the tournament by storm. Although it’s his first FLW Tour event, pro Steve Clapper of Lima, Ohio, is no stranger to the hefty smallmouth bass that roam Lake Erie’s expansive floor. That knowledge is paying off big time as Clapper caught an opening-round total of 10 bass weighing 42 pounds, 14 ounces. The veteran Great Lakes angler is fishing waters 20 to 30 feet deep with Berkley Gulp on a drop-shot rig.

Also in contention is Wal-Mart angler Trevor Jancasz of White Pigeon, Mich. Jancasz, who considers Lake Erie his home lake, fishes the FLW Tour full time as a co-angler but switched to the Pro Division for the season finale. In this feature, FSN goes behind the scenes to learn more about his decision to try his hand as a professional. 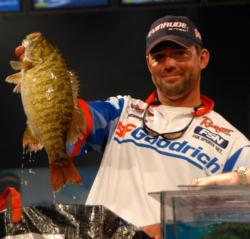 Another local angler thriving in the Motor City is BFGoodrich Tires pro Kevin Long. The 2007 season has been Long’s best year on tour and he capped it off by making his first top-10 cutoff. But rather than prodding Lake Erie, the Berkley, Mich., native is fishing the calmer Lake St. Clair. The strategy is working, as Long caught a two-day total of 10 smallmouth bass weighing 36 pounds, 12 ounces.

In addition, Kellogg’s pro Dave Lefebre of Erie, Pa., participates in this edition of Fishing 101. Lefebre, who has earned over $775,000 in his FLW Outdoors career, gives viewers tips on how to prep a boat for running in rough water and how to maneuver in rolling seas.